One of the worst teachers I ever had was my eighth grade history teacher at A.B. Davis Middle School between September ’82 and June ’83. His name was Mr. Demontravel, our American history teacher. Or as he preferred in the last three months of eighth grade, Dr. Demontravel (he had finished his doctoral thesis on the Civil War, on what beyond that, I wasn’t sure, and, given the way he was to me and us, I didn’t care either). Or as I liked to call him throughout that year, “Demon Travel.” 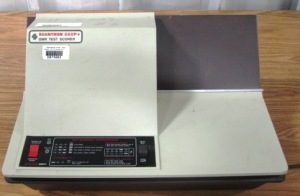 His was a class that sucked the life out of history for most of us. Like most teachers of K-12 social studies or history, it was a dates, names, and places class. Unlike most social studies teachers, his teaching methodology was the epitome of lazy. Every class, five days a week, Demontravel would put up five questions on the blackboard for us to copy down and answer using our textbook. At the end of every two-week period, we’d get a fifty-question multiple choice exam, helping Scantron stay in business.

Demontravel rarely stood up to lecture or do anything else. Lectures for him might as well have been appearances by Halley’s Comet, only the lectures were far less memorable. This process went on unabated for forty-weeks, four marking periods, an entire school year. Calling this boring would only get you into the door of the intellectual famine Demontravel subjected us to in eighth grade.

He wasn’t particularly helpful on the rare occasions when someone did have a question. When a classmate did ask him something, the portly Demontravel would stand up from his desk, which was to our right as we faced the chalkboard, slowly walk toward it, point to a question on the board, tell us in his best Teddy Roosevelt voice what page to turn to in looking for the answer, and then, just as slowly, return to his seat at his desk. Demontravel was truly an unremarkable and boring fifty-something man, virtually bald in all of his pink salmon-headedness, skinny and potbellied beyond belief. His shiny bald head had a Gorbachev-like spot on it.

But there was the fact that there was a prize on the line for us nerdy middle-schoolers—the eighth-grade History Award. “Something I could actually win,” I thought. And Demontravel was the sole arbiter over the award. My favorite and easiest subject was in the hands of this hack of a teacher. That made me downright angry whenever I thought about it. 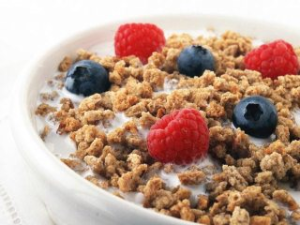 Post Grape-Nuts cereal at its visual best, with milk, raspberries and blueberries, May 6, 2015. (http://plantbasednutritionlifestyle.com/).

I ended up not winning the award, mostly because I correctly corrected Demontravel in front of the whole class one day about key battles of World War I on the Eastern Front. And, also because after he threatened to kick me out of his classroom, I drew a naked picture of his Santa Claus-looking body with a scrotum the size of two Grape-Nuts! Though I drew it in Italian class, I’m sure my counselor told Demontravel about it.

So, 96.4 average or not, I lost the award to my classmate Jennifer, who had a 96.3 average. She was part of what I came to call the “Benetton Group.” They were a group of superficially aware, middle-class-to-affluent folks in the Humanities Program who went through the Grimes Center program (which later became Pennington-Grimes Elementary) together, who thought they were down with the cool and the exotic (with people like Wendy and Brandie being prima facie examples of both). Or, at least, Jennifer acted like she was a part of that group.

She was a bit withdrawn in eighth grade. I never fully understood why. All I knew the first half of the year was that she had set a mark that I needed to beat to have any chance at the history award. By the time I drew my post-modernist interpretation of my lazy, boring-ass history teacher, though, I cared far less about the award and a bit more about this person I only talked to after school, on our walks back to our real lives near the Mount Vernon-Pelham border.

As I wrote in Boy @ The Window:

I guess Jennifer knew that she would no longer be a part of the grand experiment that was Humanities, the social experience that was integration in a “dangerous” majority of color high school. I bumped into Jennifer a handful of times after eighth grade, between high school and my bachelor’s degree finish at the University of Pittsburgh. Though I have no idea where life has taken her, I must admit, I enjoyed competing with her all eighth grade for an award I knew I’d never get. 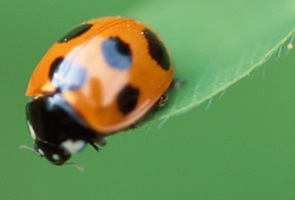