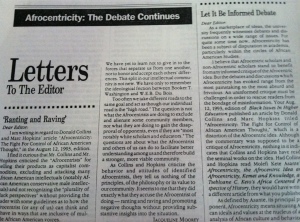 Illustration of red wolf with dinner after a hunt, by Sandra Koch, September 29, 2012. (http://nc-es.fws.gov). In public domain.

I know, I know. Touré’s Who’s Afraid of Post-Blackness (2011) has been out for over a year, and I’ve finally, finally managed to read it in the past couple of weeks. I did not want to like this book. I found — and still find — the title to be pretentious and over the top, a perfect fit for Touré’s Twitter and TV persona. Touré values his ideas like they all are new finds of platinum or a form of safe and sustained nuclear fusion. Sometimes Touré can be cutting-edge, but many times, he goes over the edge (as was the case in August on MSNBC with his “niggerization” of Obama comment).

But in Who’s Afraid of Post-Blackness, Touré puts forward a variety of ideas and insights that I’ll be contemplating in my blogo-neighborhood off and on over the next few months. Touré’s is a very good book. It’s one that is both intellectual and yet revealing about the challenges Blacks face inter- and intraracially in the early twenty-first century.

The premise — once I got past the ridiculous term post-Blackness — is that African Americans and America has advanced just far enough in terms of race for all of our old conceptions of Blackness to have now become meaningless. That Blackness is fully infused in American — maybe even world — culture. That there was never one way to be Black in the first place. Touré himself says, “[t]here is no dogmatically narrow, authentic Blackness because the possibilities for Black identity are infinite. To say something or someone is not Black — or is inauthentically Black — is to sell Blackness short. To limit the potential of Blackness. To be a child of a lesser blackness.” (p. 5).

Ironically, though, much of Touré’s book picks apart the notion that the US has become post-racial in the past couple of decades, as best exemplified by the election of President Barack Obama in 2008. Of course, Touré uses notions of Blackness and where it has expanded beyond the authenticity litmus test to show that race/racial bias/racism is still alive and well in America. At the same time, Touré shows how post-Blackness has also provided opportunities for millions of Americans White, Black and Brown to reach beyond their own misconceptions of race and themselves, to enrich our lives in politics, scholarship, the arts, not to mention through hip-hop.

One of my main criticisms of Who’s Afraid of Post-Blackness is that Touré uses a term like post-Blackness (mind you, I hate terms like post-structuralism, post-modernism, and post-racialism too) and doesn’t try in any way to provide a definition that distinguishes it from post-racial. For the purposes of this post, though, the main issue I have revolves around Touré virtually ignoring poor and struggling African Americans in his post-Blackness tour-de-force.

I get it when Touré says that he “never lived a typical Black experience.” (p. 53). At least, I think I do. That despite Touré middle class upbringing, middle-class neighborhood, private school experience, that his is but one representation of Blackness. And that Touré’s experience is as representative of Blackness as my experience of being a Hebrew-Israelite preteen in a working poor family while enrolled in Humanities in Mount Vernon, New York would’ve been thirty years ago (see my post “A Question of My Blackness, Sexuality and Masculinity” from September ’11). Or, for that matter, Wanda Sykes’ comedy special I’ma Be Me (2009) was for her.

That’s great for us, for anyone with enough intellectual power, outsider status, unusual amounts of wisdom, or just plain middle class standing to get the details of Who’s Afraid of Post-Blackness. But when Touré does bring up the twenty-five percent of Blacks who aren’t part of this post-Blackness elite, he talks at them, and not to them. Yes, I completely agree that Blackness isn’t to be defined in terms of poverty, prison, and projects. No, Blackness shouldn’t be defined by how “down” one is with an impoverished community or how “hard” someone is for beating the shit out of another person (see my “Raised on Hip-Hop?” post from April ’10). 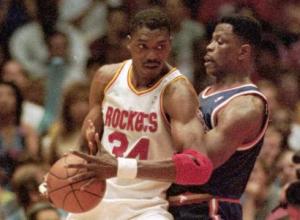 Still, while I stand with almost one hundred percent of what Touré says in Who Afraid of Post-Blackness in ’12, I don’t think that this book would’ve reached me thirty years ago. The way I would’ve seen it in ’82 or even ’87, a middle class Black guy telling me about how my poverty is insignificant to who I was would’ve been excommunicated from my life for eternity. It wouldn’t have helped me at all deal with the pressures I faced socially, academically and in my family (see my “The Silent Treatment” post from June ’10).

Touré wouldn’t have been able to provide for me a roadmap for how to be me and to ignore the crowd of those in my life — White and Black — who regularly told me that I wasn’t authentically Black or that I was “talkin’ White.” If mild-mannered me at twelve wouldn’t have been reached by Touré’s chapter on Black artists taking Blackness and standing it on its head, I imagine that young African Americans growing up in poverty or struggling with identity issues would find Who’s Afraid of Post-Blackness about as easy to embrace as Bill Cosby’s criticism of poor Blacks in ’04.

For me as a writer, the question of how to reach beyond the already converted is always an issue. Touré, as good as he is in his book, merely affirms the path I’ve traveled over the past thirty-one years. He doesn’t really reach those whose path of Blackness has barely begun.