In Boy @ The Window, I have a chapter on my first year at Pitt and the baggage I carried from my last months in Mount Vernon, New York, Phyllis (a.k.a., Crush #2) included. I haven’t discussed Phyllis much in the six and a half years I’ve been running this blog on all things related to my memoir. Mostly because once I got over my crush-turned-internalized-obsession, I realized that she wasn’t really all that as a person. Still, given the number of posts I’ve done on my Mom, my late idiot ex-stepfather Maurice and Wendy (a.k.a., Crush #1), Phyllis does deserve some mention, along with my stumbled-filled transition to manhood that went with the years between December ’85 and August ’88.

A key point for me in this transition was in October and early November ’87. I finally worked up the courage to write Phyllis a note about an incident earlier that summer, one in which she all but emasculated me at the White Plains Galleria. As I wrote in Boy @ The Window: 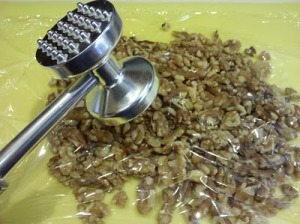 I got the address, bought her a card for her eighteenth birthday, and sat down and wrote her. About how I liked her and wanted to know if she “ever liked me.” I needed to know if she and her sister really were talking about me at the bus stop that day, “one way or the other.” I wanted to know what she thought I needed in order to impress someone like her in the future. Then I added “Happy 18th Birthday!” I sent the card off on the second week in October, just a few days before her birthday.

On the second of November, I got her response. It was in purple ink, with heart shapes and circles for dots over “i”s. Reading her letter was like reading the liner notes off of a Prince album. Like the song “I Would Die 4 U,” Phyllis had decided to limit her English skills to the ’80s equivalent of sign language on paper, a real “revolution” on both their parts. I remember she started, “Thank U 4 your card 2day,” an insult to my intelligence. She would’ve been better off with, “Yo nigga, ’s up wit’ ya sweatin’ me?” She wrote indirectly that she did like me at one point in time, but added “but we’re in college now . . . around lots of nu people” She admitted that I was her and Claudia’s topic of conversation that day, but “I needed 2 get over that.” She hinted that I shouldn’t write her again, and that was it. No apologies, no attempt to understand how I felt…

After Phyllis’ wonderful response, I all but stopped going to class. I missed most of my classes the month of November, only showing up for exams or if my mood had let up long enough to allow me to function like normal. The weekend before Thanksgiving, I allowed my dorm mates to cheer me up by getting a couple of cases of Busch Beer. These were the Pounder type, sixteen-ounce cans. After getting Mike to get us the cases, we went back to Aaron’s room and started drinking. I downed four cans in fifteen minutes, and was drunk within a half hour. I started throwing around the word “bitch.” Anytime anyone mentioned Phyllis’ name – or any woman’s name for that matter — one of us said the B-word and we’d guzzle down some beer.

In today’s world of text messaging, I would’ve found Phyllis’ response so ridiculous that I probably would’ve shared it with close friends and laughed about it for weeks afterward. But as someone with the emotional and psychological maturity of a twelve-year-old in the fall of ’87, Phyllis’ response really, really, really hurt. Her letter shattered the pedestal on which I had placed her, and reaffirmed every negative thing I’d felt about myself for the previous half decade.

It also left me so depressed that I finished that semester with a 2.63 GPA. That, and spending the holidays at 616, made me determined to use the anger I felt toward myself and Phyllis as fuel for the next semester. And even though that worked so well that I made Dean’s List, I still hadn’t really gotten over Phyllis’ rejection by the time the school year was over in April ’88.

It took one last look at that letter — that unbelievably trifling and simple letter — to realize that even under the best of circumstances, Phyllis and I would’ve been a match made only in a mad scientist’s laboratory. I’d never be interested in a human being who talked down to me, as if I was unworthy of anything other than some simple shorthand language. Or in any woman whose expectations of men were about as objectifying as Mike Tyson’s views of women. I realized that I had finally gotten to know the real Phyllis, and in the process, had begun to know the real me, and what I needed to change about myself in order to build a better, 2.0 version of me. With that, like so much from my freshman dorm at Lothrop Hall, Phyllis’ letter became part of my garbage pile.

The title for this post could also be “It Was Never Almost.” I had one of my best chances at publishing my dissertation on multiculturalism and mid-twentieth century Black Washington, DC (now the book Fear of a “Black” America) in March ’97. But not knowing the publishing world, combined with PTDD (post-traumatic dissertation disorder) from the past year of surviving Joe Trotter and my dissertation committee (see my “’It Is Done’” – 15 Years Later” post from November ’11 and “Letter of Recommendation (or “Wreck-o-Mendation)” post from September ’10) made this three-week period of negotiations a total communications mash-up.

I was in an “I’ll show them” mode in the months after my committee approved my dissertation “‘A Substance of Things Hoped For’: Multiculturalism, Desegregation, and Identity in African American Washington, DC, 1930-1960” at the end of November ’96. Within a month, I made some minor revisions to the 505-page tome, and worked on some query letters for academic publishing houses about turning the dissertation into a book.

And that’s when the communications about converting my doctoral thesis into a book went haywire. What was unknown to me was that Steven Schlossman, the chair of the history department at Carnegie Mellon, had been in contact with Niko Pfund, the then head of NYU Press (now president of Oxford University Press), about my dissertation. Three weeks after sending out my manuscript, I received a rejection letter from NYU Press, saying that while my manuscript was worthy of publication, that my “anachronistic use” of multiculturalism to describe the ideas and activities of Black intellectuals and educators in Washington, DC didn’t fly for them.

That same week, I received a telephone call from Schlossman asking me to meet about the dissertation. At his office, I not only learned that he had been in contact with Pfund and NYU Press. I also found out that he had sent them the first fifty pages or so of my dissertation without my permission. I told Schlossman about the fact that I’d already been in contact with NYU Press and that they had rejected the manuscript. But he insisted that his way of going through this process was the best way to go.

I was incensed at the idea that folks were working to publish my dissertation without my input. Especially someone like Schlossman, whom I knew didn’t understand why or how I had planned to use multiculturalism from a historical perspective for a book. I didn’t understand what I planned to do yet, but Schlossman could explain it? I left his office, upset and confused about the lack of communication between me and my department, and within NYU Press itself.

A few days later, I received a letter and then a telephone call from Niko Pfund. In the letter, he expressed interest in my manuscript, and wanted me to send in the whole thing. But his assistant had already done an extensive review of the partial manuscript they had received from Schlossman. It was one that was mixed, but it leaned slightly toward rejection because they didn’t get the term “multiculturalism” in the context of “Black history.”

I complained that I was getting mixed signals from Pfund and NYU Press. I’d been rejected, yet this was the second time I’d been invited to submit the same manuscript. The folks there didn’t understand why I used the term multiculturalism in my dissertation, yet never discussed the issue with me directly, just with Schlossman. Someone did a decidedly thorough yet biased review of a portion of my manuscript, yet never had the chapter in hand that was specifically about why multiculturalism has a history.

All I heard from Pfund were excuses, that Schlossman sought them out, that I was being offered an opportunity here for review, but certainly not for publication, because the NYU Press has “high standards.” I rejected him and his unapologetic bull crap on the spot. I decided that I couldn’t work with a place where the director didn’t even know that his acquisitions editor had rejected my manuscript, nor had the common sense to contact a potential author directly to clear up contradictory communications.

It turned out that Pfund and NYU Press weren’t my best opportunities for publishing my first book. But it would’ve been the best time to publish it, within months of completing the dissertation. It would’ve remained a timely topic, with President Bill Clinton’s Commission on Race commencing the following year.

It just wouldn’t have been the best time for me. I was pissed with the world, and burned out to boot. There really wasn’t anyone in my life who could’ve given me sage advice about the publishing process, and I certainly didn’t and couldn’t trust anyone in Carnegie Mellon’s history department to play that role. That much, I was certain about.