I’d be a terrible historian to not comment on the fact that today marks fifty years since some Nation of Islam malcontents — with support from J. Edgar Hoover’s FBI — murdered Malcolm X at the Audubon Ballroom (now the Shabazz Center) in Washington Heights in Upper Manhattan. I wasn’t around for the event, or any of the tumultuous events that defined “The ’60s.” All I know was I didn’t learn about Malcolm Little or Malcolm X until the summer between my undergraduate and graduate years at Pitt, the summer of ’91. Although the year before, I’d gone to a Malcolm X birthday celebration at the Homewood-Brushton branch of Carnegie Library of Pittsburgh. There, I saw poets performing their work, got to listen to some good jazz and rap, and saw the Afrocentric set out in full force. 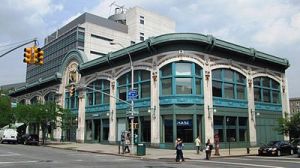 You’d think after three years as a Hebrew-Israelite and years around children of Nation of Islam members as a kid that I would’ve heard all about Malcolm. Nope, hardly a peep about him growing up in Mount Vernon. Mostly, I got questions like, “Yo, you a “five percenter”?,” which for me translated into the chosen few living in the midst of the end times. Other than that, there was always the dichotomy trope of Martin versus Malcolm laid on us real thick through school and the newspapers. Dr. King was respectable, nonviolent, a true representative of the race. Malcolm was a street thug, a leading member of a heathen religion, a violent man who hated White people.

My Mom, who normally rejected mainstream White ways of thinking about Black folks, had bought this trope and tried to sell it to me and my older brother growing up. But as with so many things my Mom attempted to instill in me growing up, I wouldn’t make any decisions about Malcolm the person (as opposed to the icon) until I got around to reading, in this case about him and the Nation of Islam, as an adult.

The one thing I realized after reading the Afrocentric, mainstream and Alex Haley interpretations of Malcolm in the early ’90s is that just like with King, we could make Malcolm X represent whatever we wanted. He could be nonviolent and a militant at the same time, or a thug and an ambassador of peace at the same time. Yes, as the late Manning Marable’s book shows, Malcolm — like most of us — was a walking, breathing contradiction of convictions (literal and figurative) and beliefs. For the purposes of my post today, though, he was a social justice activist, acting on the part of those poor, Black and discarded, plain and simple.

Which is why I think anyone who thinks Malcolm X brought murder to his own pulpit in February 1965 is an idiot. The idea that teaching others self-defense in opposition to White mobs, lynching, and blatant police brutality deserved a violent death. Really, now? So, if that’s the case, then Dr. King should have died of natural causes about three or four years ago, since his was the path of nonviolence, right? Yet, you still hear the likes of Rudy Giuliani, Bill O’Reilly and Geraldo de Stupido slinging this shit (and similar crap playing on such respectability politics themes) as if it were McDonald’s hash browns on sale for half-price.

Speaking of that lot, I don’t wonder what Malcolm X would say about our racist, plutocratic democracy these days. Anyone whose read his words would know what he’d say. That what happened with Michael Brown and Eric Garner and Rashida McBride and so many others should be resisted “by any means necessary.” That we should unmask those powerful people lurking in the shadows but pulling the strings that keep the systems of oppression working 24/7 in our world. He would’ve supported Occupy Wall Street when and where few Black leaders had in 2010 and 2011, called Islamic State or IS (that’s what they are called outside the US, where we can’t get our acronyms straight) a “chickens coming home to roost” scenario, and put Tavis Smiley and Cornel West in the same self-aggrandizing bag as Giuliani and Rivera.

I get why it took Malcolm Little so long to transform himself into Malcolm X, and still, until after his thirty-ninth birthday, for him to find himself and his purpose in the world. It’s taken me nearly four and half decades to do the same. It’s hard to “make it plain,” especially to ourselves. It’s scary to be in a constant state of disillusionment, about family and friends, about your identity, about your religion and beliefs. But it also allows you to see yourself and everyone around you fresh for the first time, to know who people really are.

For me, August 28 this week was significant for any number of reasons. It wasn’t just that it was fifty years to the exact day and date that the March on Washington occurred and MLK gave his “I Have A Dream” speech. Or that is was fifty-eight years to the date that White supremacists lynched Emmett Till for allegedly whistling at some flat-butt White girl. This past Wednesday was also twenty-two years to the day and date that I began my first day of graduate school as a master’s student in the University of Pittsburgh’s Department of History.

Of course, I didn’t discuss this earlier this week (it would’ve been incredibly arrogant on my part to bring this up three days ago). My big steps for myself were infinitesimal when in measured comparison to the beginning of the two-year height of the official Civil Rights Movement. But even on an afternoon in which I attended my first course and meeting about teaching/advising assignments for the semester, it did feel like a bit of a triumph. Especially when considering what I had to do that spring and summer to get into the program with funding in the first place.

I didn’t learn that much that day. Except the low contempt Joe White and some of the other professors held toward pedagogy and teaching. “You already know more than your students,” White said as advice to us who’d be TAs that semester. I was lucky to not be among them for my first year. I was a GSA assisting in the advising of history majors, some of whom were my fellow undergrads just a few months before. But even then, I thought two minutes’ worth of advice on viewing students as empty vessels was insufficient training for learning how to lecture and facilitate conversations with upwards of 100 students spread out over several discussion sections each week.

I had other things on my mind at that moment, though, including the relief that I’d survived a summer making $5.20 per hour as a full-time employee with a Western Psychiatric Institute & Clinic project in which the project investigators were far more psychotic than the patients. Aside from that, I thought about how the previous four months had served as my preparation for the White world of grad school.

I’d done a lot of reading that late spring and summer, spurned on by boredom, disappointment in my weirdly evolving friendship with Elaine, and a sense that I needed to read to fortify myself against the neo-Marxists in my eventual field. So I read. I started off with Alex Haley’s The Autobiography of Malcolm X (1965), believe it or not, the first time I’d ever read it. Like so many before me, it made my views of the man less black and white than it had been before. I then picked up W. E. B. Du Bois’ Souls of Black Folk (1903), the first time I’d read that book since I wrote a book report on it for Mrs. O’Daniel’s class in fifth grade. Unsurprisingly, I got much more out of it in May ’91 than I did in May ’80.

I didn’t stop there, as my reading took me on three different tracks in June, July and August. One was the “I didn’t get to read this before” track, as I read Toni Morrison’s Tar Baby, Song of Solomon and Beloved (didn’t understand it then, and still don’t get the big deal about it now). Along with Alice Walker’s The Color Purple, Maya Angelou’s I Know Why The Caged Bird Sings (1969), bell hooks and several others on Black Women’s literature. Then, I decided to go back and reread some James Baldwin and Richard Wright that I’d first read for high school, and added Ralph Ellison’s Invisible Man (1952) to the mix. On the non-literature track, I ended up reading Franz Fanon, Du Bois’ Black Reconstruction (1935) — at least, I put a significant dent in it — Derrick Bell’s And We Are Not Saved (1987), and other writings on Black history and culture (broadly speaking).

But the third track would end up taking me on a path toward my dissertation topic and my first book, Fear of a “Black” America (2004). It started with articles on multicultural education that took me to James Banks’ theoretic constructions of what multicultural education ought to have been, but wasn’t. I also found myself reading books like Jonathan Kozol’s Savage Inequalities (1991), Molefi Asante’s The Afrocentric Idea (1987), Dinesh D’Souza’s Illiberal Education (completely indecipherable in a circular firing squad of a thesis kind of way) and Carter G. Woodson’s The Mis-education of the Negro (1933). I was reading anything that could inform my thinking about K-12 and higher education and how it played the role as both equalizer and oppressor for so many Black folks over the years.

It was easily the most reading I’d done on my own since the year before I’d gone into seventh grade, middle school and the Humanities Program. I wanted to read all I wanted to read before spending the next few years drowning my brain in hundreds of books and articles that I’d absolutely need to read as a historian. In the process, I may’ve radicalized myself a bit for the otherwise hum-drum experience of reading mind-numbing accounts of history in which the authors didn’t seem to see their own sense of high-brow White maleness.

And with all of it, I surprised myself. I realized once again that my Black classmates and 616 neighbors were wrong about me not being Black enough. Their “Black” wasn’t my “Black,” of course. But all those books confirmed for me that there were many ways to be Black that folks who didn’t read could barely understand.