I’d be a terrible historian to not comment on the fact that today marks fifty years since some Nation of Islam malcontents — with support from J. Edgar Hoover’s FBI — murdered Malcolm X at the Audubon Ballroom (now the Shabazz Center) in Washington Heights in Upper Manhattan. I wasn’t around for the event, or any of the tumultuous events that defined “The ’60s.” All I know was I didn’t learn about Malcolm Little or Malcolm X until the summer between my undergraduate and graduate years at Pitt, the summer of ’91. Although the year before, I’d gone to a Malcolm X birthday celebration at the Homewood-Brushton branch of Carnegie Library of Pittsburgh. There, I saw poets performing their work, got to listen to some good jazz and rap, and saw the Afrocentric set out in full force.

You’d think after three years as a Hebrew-Israelite and years around children of Nation of Islam members as a kid that I would’ve heard all about Malcolm. Nope, hardly a peep about him growing up in Mount Vernon. Mostly, I got questions like, “Yo, you a “five percenter”?,” which for me translated into the chosen few living in the midst of the end times. Other than that, there was always the dichotomy trope of Martin versus Malcolm laid on us real thick through school and the newspapers. Dr. King was respectable, nonviolent, a true representative of the race. Malcolm was a street thug, a leading member of a heathen religion, a violent man who hated White people.

My Mom, who normally rejected mainstream White ways of thinking about Black folks, had bought this trope and tried to sell it to me and my older brother growing up. But as with so many things my Mom attempted to instill in me growing up, I wouldn’t make any decisions about Malcolm the person (as opposed to the icon) until I got around to reading, in this case about him and the Nation of Islam, as an adult. 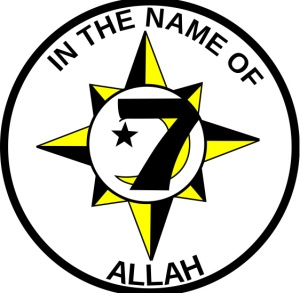 The one thing I realized after reading the Afrocentric, mainstream and Alex Haley interpretations of Malcolm in the early ’90s is that just like with King, we could make Malcolm X represent whatever we wanted. He could be nonviolent and a militant at the same time, or a thug and an ambassador of peace at the same time. Yes, as the late Manning Marable’s book shows, Malcolm — like most of us — was a walking, breathing contradiction of convictions (literal and figurative) and beliefs. For the purposes of my post today, though, he was a social justice activist, acting on the part of those poor, Black and discarded, plain and simple.

Which is why I think anyone who thinks Malcolm X brought murder to his own pulpit in February 1965 is an idiot. The idea that teaching others self-defense in opposition to White mobs, lynching, and blatant police brutality deserved a violent death. Really, now? So, if that’s the case, then Dr. King should have died of natural causes about three or four years ago, since his was the path of nonviolence, right? Yet, you still hear the likes of Rudy Giuliani, Bill O’Reilly and Geraldo de Stupido slinging this shit (and similar crap playing on such respectability politics themes) as if it were McDonald’s hash browns on sale for half-price. 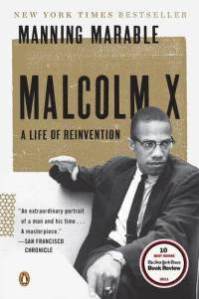 Speaking of that lot, I don’t wonder what Malcolm X would say about our racist, plutocratic democracy these days. Anyone whose read his words would know what he’d say. That what happened with Michael Brown and Eric Garner and Rashida McBride and so many others should be resisted “by any means necessary.” That we should unmask those powerful people lurking in the shadows but pulling the strings that keep the systems of oppression working 24/7 in our world. He would’ve supported Occupy Wall Street when and where few Black leaders had in 2010 and 2011, called Islamic State or IS (that’s what they are called outside the US, where we can’t get our acronyms straight) a “chickens coming home to roost” scenario, and put Tavis Smiley and Cornel West in the same self-aggrandizing bag as Giuliani and Rivera.

I get why it took Malcolm Little so long to transform himself into Malcolm X, and still, until after his thirty-ninth birthday, for him to find himself and his purpose in the world. It’s taken me nearly four and half decades to do the same. It’s hard to “make it plain,” especially to ourselves. It’s scary to be in a constant state of disillusionment, about family and friends, about your identity, about your religion and beliefs. But it also allows you to see yourself and everyone around you fresh for the first time, to know who people really are.