Over New Year’s weekend, I watched John Leguizamo’s HBO comedy special Ghetto Klown (2014), based on one of his one-man autobiographical Broadway shows. I don’t think of Leguizamo as funny in the same way I think of Lewis Black or Dave Chappelle or Eddie Murphy. The sweet spot for me in terms of what is funny or not funny is a routine that makes me think for a second or two, not just laugh out of sheer expectations for a funny delivery or line. Otherwise, I’d think of D.L. Hughley as a great comedian, instead of as a vile one with equally vile opinions on race and culture.

Leguizamo’s hardly the funniest comedian. But then again, he’s always been more than one thing. He’s essentially a playwright, an actor, and comedian, which means Leguizamo’s a very elaborate storyteller. In most of his work, a nonfiction storyteller. I’ve seen some of his other one-man work before. With Ghetto Klown, though, I saw and felt the sense of tragedy and regret that I hadn’t seen in his other plays and specials. Especially when it came to his family — specifically his father — and his closest friends.

When Leguizamo went through his routine about how his mother and father were upset with him about he had portrayed them in his plays as somewhat selfish and oftentimes neglectful and abusive, I understood. I’ve only written one book about my life, and my Mom and dad have both been offended by the idea that I could write about them without their permission or blessings. Leguizamo used them as bits for his comedy and Broadway stage routines for years. That’s a lot of courage, and it’s a lot of tragedy to expose, too. 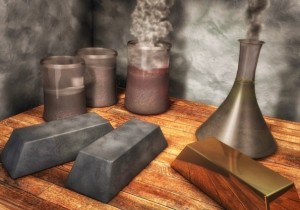 I’ve thought about it a few times over the past fifteen years. What if I decided to do a stand-up routine that included elements of my upbringing? How would I do that? How would I make domestic violence and child abuse and poverty funny?

I’d start with my father, who I’d call Jimme and my father interchangeably, since that’s been the nature of our relationship for forty-five years. I’ve been able to imitate his language, his drunken stupor, his evil meanness and off-kilter mannerisms since I was fifteen. It would be easy enough to do all of his “po’ ass muddafucka…” insults in bar scenes, all while getting robbed and beaten up by other alcoholics.

I could also do my now deceased ex-stepfather Maurice, especially his constant threats to put me in the hospital or kill me. “Watch dat base in yo’ voice, boy, ‘fore I cave yo’ chest in!,” he started saying to me once my voice changed with puberty. I could imitate Maurice when he weighed over 400 pounds and wore size-54 Fruit-of-the-Loom briefs around 616, with enough fat and dinginess to make me wanna puke.

I could even imitate my Mom, at least on the threatening front. If I argued with her too long about something important that she didn’t want to talk about (like paying bills, for instance), she’d tell me, “Shut up o’ I’ma gonna cut the piss out of you.” Or I could run around a stage singing at the top of my lungs to evangelical Christian music while also acting like my younger brothers, who’d get into knockdown fights in the living room while my Mom was in her spiritual zone.

The fact is, some of the best comedy grows out of tragedy. It may not be funny to the respectable middle class types or the respectability politics types. They both would prefer people “forget about” their pasts and “just move on,” as if these issues are taboo. But you can’t be a very good comedian or writer without confronting your upbringing in some way. 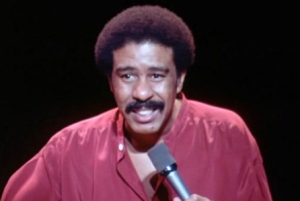 I attempted at times in Boy @ The Window to inject some sarcasm or comedy in many of the tragic scenes in the book. Because they reflecting my thinking in the moments in which they occurred, whether in ’82 or ’88. The few people who commented on this aspect of the memoir didn’t like the comedy or the language. It was because they couldn’t reconcile the mild-mannered version of myself that I presented to the world in high school or in academia with the way in which I grew up.

Watching Leguizamo in Ghetto Klown reminded me of what I learned in watching Rodney Dangerfield (who himself was sexually abused and neglected by his parents growing up) and Richard Pryor (the son of an active and neglectful prostitute) over the years. We all have baggage and demons to deal with every day of our lives. We ignore that past and those evils at risk to ourselves and every person we’ve ever loved. We must turn the tragedy of our upbringing into something that isn’t just a cancer of pain. Be it through storytelling, autobiography, even the kind of comedy that those whose lives were much more stable growing up can appreciate but can never fully understand.