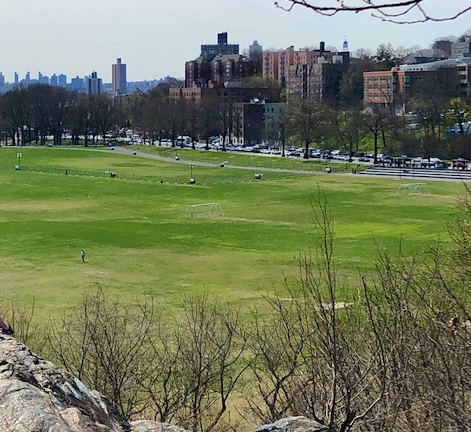 I don’t consider myself to be a seer. Not exactly. I might have gotten a thing or 1,000 predictions correct in my life. But since I usually prefer to expect good outcomes, I do not indulge the dreams I have of destruction, or the muses who conjure the possibilities of apocalypse, whether for me, my family, or at larger scales.

But the last half of 1980 was different for me. I’d come into my own as a kid. I finally had a posse of classmates and friends, between the two Joes, Starling, Chris, Ronald, Vanessa, Eric, Ray Ray, Sean, Lajuan, and Dahlia, among others. I was kicking ass academically, and was on the verge of discovering other talents, including writing. After my last summer camp with Darren at Clear View, and rereading the late Lerone Bennett Jr.’s Ebony Pictorial History of Black America, I understood my Blackness, really and truly, for the first time.

But I chose to see the glass as half full, both for myself and for Black folk in the US. Why wouldn’t I have? Somehow, in the middle of what I call “deep summer,” when the previous school year and the start of the first day of the next school year are about equally far away, it happened. My stepfather Maurice got a call from his music-obsessed friend Dennis (who was also a professional musician, by the way) in the middle of a Sunday afternoon in mid-August about going to some concert in the park in the Bronx. There was no mention of who the headliners were. I just remember playing Peanuts Land with my Matchbox cars and driving down along the shoppes in the nightlife district of the city underneath my bed when Maurice came in and rushed us to get dressed.

Mom, Maurice, Darren, little Maurice, and me. We piled into a cab over to Van Cortlandt Park, where we met Maurice’s friend Dennis. He knew a couple of the headlining people who were playing. I don’t recall tickets, but I do remember flyers everywhere. It seemed like this was a spontaneous gathering, where people somehow knew where to go and where to gather. I remember it being sometime around 7 or 8 pm when the jamming began, with all the music of the late-1970s and 1980. It was mostly an MC mixing a string a songs together, between Chic and “Good Times”, The Whispers’ “And The Beat Goes On,” and Michael’s “Off The Wall.”

But maybe 45 minutes in, three guys got on the stage to do their performance, Sugar Hill Gang, and the crowd of hundreds erupted into a roar as they rapped to “Rapper’s Delight.” They did a bunch of songs beyond the “a hip, hop/the hippie, the hippie/To the hip hip hop/a you don’t stop…” I was into it like everyone else, doing my terrible version of a Michael Jackson dance routine while clapping my hands to the beat. Sometime between 10 and 11, we left, I think, between a cab and Dennis giving Maurice and Mom and little Maurice a ride home. Even Mom looked like she had a good time. It would be just about the last good time we would have as a sort-of-family.

But the music didn’t stop with Van Cortlandt Park or the Sugar Hill Gang. The spring and summer of 1980 was the transition to a new decade of music, as homophobes from New York to Detroit and L.A. had spent the past year killing disco by smashing vinyl and smashing in Toyota Corollas and Datsun Zs. (By the way, for those who are still kicking and screaming over Cardi B and Megan Thee Stallion’s “WAP,” go on YouTube and listen to the late Donna Summer’s “Love To Love You Baby“. It’ll probably make you question the meaning of your false sense of morality.)

Kool and The Gang had crossed over with “Ladies Night,” and were about to walk the fine line between success and selling out with “Celebration.” All summer on the bus back and forth from Clear View with Darren, SOS Band’s “Take Your Time (Do It Right)” was on at least once a day. There was also Teddy Pendergrass, the one, the only, and emerging, Luther Vandross’ “Searching” (yes, not his official solo debut, but), and of course Stephanie Mills with “Never Knew Love Like This Before”. And all that because my father had introduced us to Toni, a new drinking budding of his, herself a professional singer. Not to mention, a couple of bartenders in Mount Vernon and in the Bronx who didn’t mind a 12 and a 10-year-old sitting around on off nights in July and August.

On the AM side of things with 770 AM WABC radio, there was still Billy Joel, Kenny Loggins, Barbra Streisand and her collabs with The Bee Gees, “Guilty” and “Woman In Love.” Frank Sinatra’s “New York, New York” was the second half of the summer of 1980, old and yet new, at least to me.

But as that summer moved into fall and 6th grade, I sensed something was changing, and not for the better. I sensed it in music, more than I did with Jimme’s alcohol abuse and fewer visits, more that even in Mom’s inability to keep food in our stomachs or in her failing marriage with Maurice. The music seemed more sinister, less hopeful, darker somehow. Queen’s “Another One Bites The Dust” somehow conjured “No mas! No mas!” and Roberto Duran giving up against Sugar Ray Leonard that November, the same month Reagan beat a beat down, haggard Jimmy Carter in the 1980 election. The beginning of four decades’ worth of hollow promises to White Americans, millions willing to sell the rest of us to Hell for their macabre pleasure and some tax breaks.

But no song signified the transition of the US for me in 1980 more than Pink Floyd’s “Another Brick in the Wall”. It was likely the first true music video I ever saw, courtesy of my 616 friend Tré, who lived on the second floor. I spent a lot of time hanging with Tré, his older sister Renee, and her friend Stephanie (who I had the tiniest of crushes on, but I digress). It was during the months after Maurice and Mom had separated, with him taking the TV and a month’s supply of mail-ordered meats out of our two freezers. Tré, Renee, and their mother made me feel welcome between that first Saturday in October and when the Hebrew-Israelite bullshit began six months later.

“We don’t need no education. We don’t need no thought control…” It was about much more than strict teachers and social control over students. It was a prediction of a future, my future, our collective futures. That’s what I thought about this time 40 years ago. I had conversations with my classmates about this, about Reagan, about double-digit inflation and unemployment, about the Iran hostage crisis, about the rumors that the US had given Israel nukes, and Israel had, in turn given nukes to apartheid South Africa. “You’re so weird!” they’d say. Or, more often, “You worry too much, Donald!” Only Starling understood. But he expected me to “become one with Jesus,” as if Jesus alone could stop me from worrying about the future.

In short order, the Reagan Years came and gutted the relative economic security of the US, disrupting the shaky gains Blacks had made in the years between 1946 and 1980. Mark David Chapman murdered John Lennon to ring in the holidays, and Blondie’s Debbie Harry badly rapped her way through their January 1981 hit “Rapture” while Mom began to talk about being raptured up for the first time. My family was at the edge of an abyss, a mini-apocalypse that would ultimately transform all of us. It would certainly sidetrack me from my calling as a writer for years to come.

But the world didn’t stop spinning. Nor did life stop handing me days of happiness, of contentment, of miracles and even some joy. It just meant that I would be more cautious, anxious, depressed, worried, on edge. Because America believes itself above reproach, even as it deals in shit and blood, and drags the rest of us into the burgundy-soaked muck with it. The distance between 1980 and 2020 might be 40 years, but with Trump and his army of minions, I might as well be in the same moment. Only, I’m 50 now, and I know much better about listening to my inner voice and my muses.