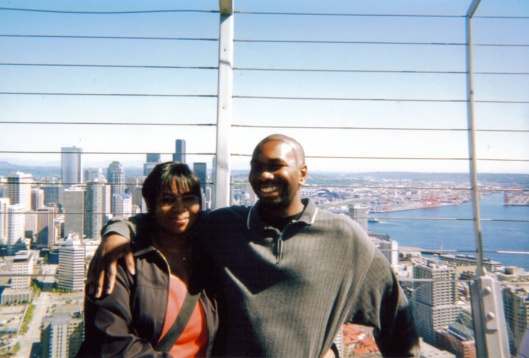 Today’s my twelfth wedding anniversary. It means that I already have one woman in my brain almost all of the time, mostly around the mundane tasks of running a place of residence, other domestic duties, and watching over/nurturing the midsized human that is our eight-year-old.

But the reality is, there have always been women in my brain, with images that inspire, voices that encourage, and actions that embolden. This post isn’t about undressing a woman in my mind’s eye every six seconds. Nor is it about putting women on some pedestal so that I can mentally kneel and worship in an empty space. Trust me, I’ve done both and more over the years. No, this is about who gets into my head and how they stay there.

Of course, no one has had more air time on my mind’s screen over the past forty-two years and change than my mother. She did give birth to me, after all, and for better and worse, helped me make it to my preteen years before things in our lives fell apart at 616. For years, I’ve lived with the lessons learned at my mother’s hip, lessons about race, trust, religion and relationships. Many of which I’ve had to revise in order to make better choices in my own life. Still, I can hear my mother’s voice, bad jokes and all, in the things I do with my son, in the mistakes I hope to avoid as a writer and as an educator, in the bills that constantly have to be paid.

I hear my wife’s voice every time I go the grocery store. Or when I’m dealing with my son. Or when I think about our travels over the years. Literal and figurative. I think about all of things we’ve made happen, and all of the things that are still works-in-progress for us, as individuals and as a family. I hear her doubt, her most critical of voices, her scalpel sense of editing in what I write, in how I speak and in the diplomacy I show the folks in my life who otherwise don’t deserve it. Though our marriage is as complicated as astrophysics shows the universe to be when accounting for dark matter, my wife’s voice bounces around my 100 trillion nerve ending almost as much as my own.

Then there’s Crush #1. She’s more insidious than my mother or my wife. The tenacious ballerina of a

Inception (2010), Paris dream construct screen shot, April 27, 2012. (http://dpmlicious.com). Qualifies as fair use under US Copyright laws because of poor resolution of shot, not intended for distribution.

tomboy who one represented my personification of Lynda Carter’s Wonder Woman often will show up when I least expect. Often enough in my dreams, and usually when I’m writing in my head. I hear her giggles and see her smiles under the strangest of circumstances. A pirouette here, a punch to the jaw there, an encouraging word and a thoughtful look will surprise me in my dreams as much as it would’ve in real life thirty years ago.

Are these women anything like the folks I’ve known and learned to know again over the past three decades? Yes and no. They likely represent the many sides of me as much as they each represent themselves. Loving or not, caring or not, forever elusive, and yet always there for me to grasp, love and even despise. They all represent the best and worst in me, the best and worst I’ve seen, endured and overcome in this life. Hard, tough, blood-from-a-turnip love. Unrequited, one-sided love. And deep, conditional, familiar love. They’re all there. They seem to always be there.

Jennifer Lopez in dream sequence in The Cell (2000), April 27, 2012. (http://media.avclub.com). Qualifies as fair use under US Copyright laws because of screen shot's low resolution.

God, my own thoughts — however deep or shallow —  the billions of images of sports and men and women in my head from every walk of life and every song made in the past four centuries also remain constant in my brain. But mother, wife and first love can’t be shut off or out either. I could use some endorphins for the headache I have now.

2 thoughts on “The Women In My Brain”