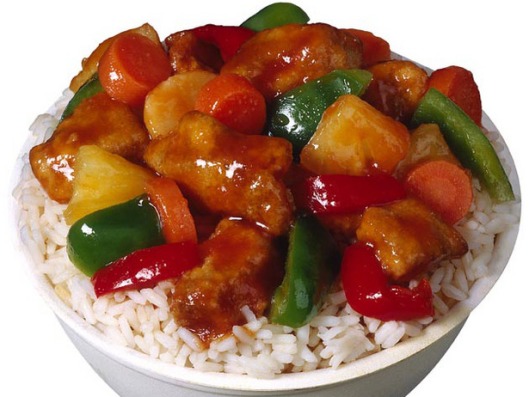 Well, not exactly sweet to be thinking about what you have thought about and attempted to act out in the past. In the next few hours, I turn 49, which is to say that I begin year fifty on Planet Earth. “Yay me!,” right?

Not so much this time 35 years ago. My suicidal ideations had gone on in December 1983 for nearly three weeks before my fourteenth birthday, in the aftermath of my fourth mugging in four years. That Tuesday, December 27, at 2:30 pm, coming home from C-Town in Pelham, standing on the parapet of that stone bridge overlooking the Hutchinson River Parkway, I had every intention of jumping. I played it out in my head all the different possibilities. At first, it was going to be like the second between taking a deep breath plunging myself underwater and holding my breath while feeling the pressure build up all around my head, eyes, and ears. Except that I imagined a screech, a pop of a hit, and the world turning into stars before I escaped into eternal darkness.

But then, I thought about the plausibility of surviving the 13-foot jump, only to get hit by a car or truck flying down the parkway at 60 or more. Paralyzed, brain-damaged, trapped for days, months, years, decades even, in a body that defied me once again. At this point, my knees were already bent, pretty much ready to push off the stones I stood upon anyway. The possibility of survival and suffering, though, stopped me short of taking that leap. That, and wanting sweet revenge on the stepfather and others who had driven me to this moment.

It’s all in Boy @ The Window. What isn’t in the book is that I couldn’t imagine living past my thirtieth birthday, much less to 49. What isn’t in the book is that I have had other episodes where I either attempted to take my own life via car accident or had suicidal ideations (anywhere between 1982 and 1988, as well as in the late-1990s). This isn’t the same as contemplating my own mortality or considering how much more I may be worth dead than alive (at least I think it isn’t the same, anyway). If someone had put a gun to my head, and asked me why I should keep living, I probably would’ve told them to pull the trigger. I really didn’t have any answers when I got low enough to consider best suicidal practices.

Sure, in the process of working through my own trauma while in progress, I found God, I found Jesus, I read my Bible, I embraced the Holy Spirit. But as the U2 song goes, “I still haven’t found what I’m looking for,” at least not during my Boy @ The Window years, or in the years after my doctorate, or even after a decade in the nonprofit world. Heck, I’m still a work in progress, and not quite sure what’s around the corner for me (although I’m cautiously hopeful, with fingers and toes crossed, and knocking on wood in my mind’s eye as I type this). But a focus on escape isn’t enough. Striving for perfection — including perfect chastity — wasn’t enough. Even writing my fifty-to-100-pages-too-long memoir wasn’t enough.

Two things in the past decade have been enough. One was to admit, and not for the first time, that I controlled nothing, not even my own body, and certainly not all of my thoughts. For a person who’s policed himself as much as I have over the years, this was a hard truth to finally and fully accept, and that was a little more than four years ago. Two was that I needed to let out my thoughts and feelings, no matter how fucked up or how revealing or embarrassing they could be for me. Some of that has worked through this blog and Boy @ The Window. The rest has been as a result of social media, freelance writing, and otherwise remembering that though I may be truly weird, I am also truly human.

Maybe that’s why in the past couple of years I’ve mostly read Black women writers on their trauma and intersectional experiences, between Brittney Cooper, Morgan Jerkins, Roxane Gay, Crystal Fleming, Patricia J. Williams, and a host of others. Maybe that’s why I found more solace in Kiese Laymon’s Heavy than I ever did with any of my history monographs. Maybe this is why I’m convinced that to be a better writer, I had to become an even better reader, and read across genres and disciplines like I never had before. Maybe, too, this is why I as an educator have committed to use a wider variety of materials to reach my students, even if one or two want to only read mainstream history texts and don’t want to engage in “literary analysis.”

I finished Darnell Moore’s No Ashes in the Fire two days ago. Despite his stepping out of narrative to preach “Black radical love” at least three too many times, Moore’s book reminded me of what all the other wonderful books I’ve read in the past three years have told me. Share your truth, so that others may see, hear, or react to it. Tell your story, ‘cuz ain’t no one else gonna tell it for ya. Talk about it, if only to yourself, so that you know you’re not crazy. There’s bravery in putting in words your pain, your joy, your sense of the world and sense of self, your need for a higher power (or lack thereof). There’s courage in pointing to your unique sameness relative to humanity, and your need to crystallize the dominance of systemic racism, heteronormative patriarchy, and narcissistic worshipping of dollars and billionaire elitism that is this warped-assed world.

None of this may convince someone from taking their own life. I don’t pretend that I have any specific answers, because I don’t. But many times, living begins with one question, then another, then another. Living for me is about finding the best questions to answer, to turn the embers of what was once a wall of bullshit into a forest fire of questions, for me and others. This world will never give us the right to question it, which is why we who might want to live another day must wrest that right for ourselves, every single day.