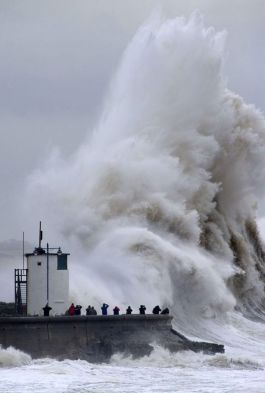 I’m probably going to disgust a few of you who read this post. I promise I won’t go into a slurry of detail about this particular experience. It’s just that after years of gastrointestinal issues, I’ve learned a thing or two about triggers and coping strategies that may be helpful to folks.

This weekend thirty years ago, I learned for the first time that my body handled stress in a unique and painful way. I should’ve been aware of this much sooner than a month before my fifteenth birthday, and should’ve figured out how to counteract this long before my mid-thirties. I’d seen signs of it. The mugging I suffered from when I was nine in ’79. The recent broken toilet incident at 616. My inability to drink a chocolate milkshake from Carvel’s without the need to find a bathroom within forty-five minutes of my first sip.

But it wasn’t until the Sunday after Thanksgiving ’84, November 25th, that I recognized the link between the constant stress I felt and my G/I tract issues. It was a brisk late November day, like so many that time of year. The Giants were playing a big game in East Rutherford, against the Kansas City Chiefs. With a 7-5 record at the time, the Giants were fighting with both the Cowboys and Redskins for playoff position. They’d been on a roll of late, having won three of their previous four, including one on the road against Danny White’s Cowboys.

That’s what I thought about as the 1 pm game time approached. It wasn’t the only thing on my mind, though. It had been a long and stressful couple of months prior to this semi-break of a Thanksgiving weekend. This stretch included arguments with my Mom, including one in which I almost moved out. It included incidents with my teachers, especially Ms. Zini. It also included too many weekends of tracking down my father for money — including money that he owed us for working down in the city with him since the end of September. And washing clothes, and grocery shopping, and watching after Maurice, Yiscoc, Sarai and Eri, and cleaning the apartment.

Somewhere in all of this, I must’ve picked up a stomach bug, from either my younger siblings or from something I ate. At least that’s what I thought at the time. The toilet became my constant companion throughout that afternoon, as a stepfather-free Sunday gave me and my older brother Darren the opportunity to watch the Giants game without interruption. That was, except from my stomach.

I really didn’t know why I’d been on the toilet five times in two hours, but between that and Phil Simms’ lousy play in the first three quarters of the game (three interceptions, no touchdown passes), I felt really ill. My Mom suggested that I should drink flour water to settle my stomach. “Yuck” was the only thing I thought of her idea. The flour water thought had crossed my own mind, too though.

After Kansas City scored to take a 27-14 lead with a bit more than ten minutes left, I finally had an idea much more pleasant than flour water. I hadn’t eaten all day, and barely anything the night before. So I took five dollars of my Jimme money and went down the street to the local pizza shop. I order a slice of Sicilian with extra cheese. As thick as this shop made their Sicilians, I figured that would plug up my intestines.

While I waited for them to warm up my slice, I listened to the Giants game, which they had on their TV in the back of the shop. Simms had rallied the team and driven them down the field for a touchdown by the time I paid for my Sicilian slice. That actually lifted my spirits a bit.

I was hurting, so I didn’t wait. After I walked out of the shop, I took two big bites of my slice to see if it would help. By the time I made it to the front of 616, I let out a gigantic belch, and then my stomach, which had felt like a nor’easter in the middle of the Atlantic Ocean for hours, had finally calmed.

A good-looking Sicilian slice (my shop would’ve wrapped it in aluminum, though), November 23, 2014. (http://slice.seriouseats.com).

After I made it back upstairs to our place, the Giants had the ball again with less than three minutes in the game. They were driving on the Chiefs’ side of the field, in a two-minute drill. As I sat, ate and belched, Simms actually drove all the way down field for game-winning touchdown, a short pass to Zeke Mowatt. They won the game 28-27! I was stunned!

I learned a lot on that diarrhea football Sunday. For me, even watching a football game was stress-inducing. That sleeplessness and running myself down, the pressures of 616 and school, the pressure I put on myself, all manifested physiologically in my G/I tract. Sometimes escaping into comfort food, being pleasantly surprised by success, even someone’s else success, could calm my stomach. Sometimes not. Becoming fully aware of how my body responded to stress, though, would turn out to be a blessing, saving me from many moments of embarrassment over the years.

The planet Caprica under nuclear attack, Battlestar Galactica (2003), September 28, 2011. (Gary Hutzel/SyFy Channel via http://soundonsight.org). Qualifies as fair use under US Copyright laws because of low resolution of picture.

Fifteen years ago this date, I officially graduated from Carnegie Mellon University with my PhD, no thanks to Carnegie Mellon itself (see my post “The Audacity of Youth, Grad School Style” from August ’11). I’d been done with the dissertation since the Friday before Thanksgiving ’96, so the ceremony itself was anticlimactic. The week of my graduation, though, revealed more about my mother and the ugly truth about how conditional our relationship was than I knew or thought possible (see my post “My Post-Doctoral Life” from May ’08 for much more).

All of that was on top of a week that included doing an interview at Teachers College, going to my mother’s associate’s degree graduation and being followed while Black at the Barnes & Noble that used to be on 66th and Broadway in Manhattan. That week came on the heels of recovering from the ordeal that was the political struggle over my dissertation process with Joe Trotter (see my “You’re Not Ready” and “Running Interference” posts from November ’08 and April ’11).

By the time I went back into town with my girlfriend (now wife of twelve years) Angelia from Pittsburgh International Airport, I was in a space I hadn’t been in since the late spring and summer of ’82. The “summer of abuse” at 616, as I call it now (see my “To My Ex-Stepfather” post from July ’09).  My pursuit of higher education, then advanced degrees and career options, and all of the success — direct, collateral and otherwise — that came with that striving and those triumphs was apparently a lot of what had kept me grounded for the previous fifteen years.

Now that I was done, and I was able to see people for who they really were, I found myself unbound. A deep well of rage — along with a bucket of betrayal with which to haul it up — was suddenly available to me, and would remain so for years to come. For the first time since the beginning of my sophomore year at Pitt, I felt despair, as if I was homeless and sleeping on a stairwell landing in Forbes Quadrangle again. I spent that cab ride back to East Liberty in an emotional fog, somewhere between tearing up and ready to beat someone half to death.

Angelia brought me back to her place, made me sit down, and insisted that she make dinner for me. She pulled out of her freezer some leftover stir-fry vegetables and turkey from Thanksgiving ’96, and made it into a stir-fry over rice. I was about halfway through this meal before my brain began receiving messages from my normally precise palate. “Stop eating!,” my synapses started screaming. The food I’d eaten had probably gone bad long before Angelia had frozen it. And despite the sweet and sour and soy sauces, it also became apparent that the meat had experienced severe freezer burn.

Within a few minutes, I had severe bloating and pain in my stomach, and Angelia had given me water and Pepto Bismol to settle my stomach. She apologized, “Sorry, Donald,” with an ironic laugh, adding, “This just isn’t your day.” I went back to my studio apartment on Penn Circle South that evening, in pain in many more ways than one.

My intestinal pains became worse over the next three days. I wasn’t eating much to begin with, and what I 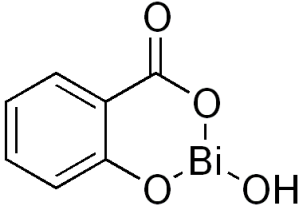 had in my system as a result of Angelia’s poisonous gruel had resulted in an intestinal blockage. A clear-headed person would’ve gone to the ER and had himself checked out. But my brain was about as clear as a mushroom cloud in the middle of Central Park. I could barely move, it hurt just sitting up, and I cried, sometimes in my sleep. At some point, the pain in my gastrointestinal tract and the pain from my graduation ceremony merged as one and the same.

Was I experiencing some psychosomatic trauma? It wouldn’t have been the first time my emotional flaying manifested itself in my G/I tract. Angelia’s food may have been the catalyst, but the realization that my mother was never really on my side — along with my advisor and some of my friends — was the root cause.

By that Friday, I was able to eat again. But like my relationship with my mother, my intestinal tract has never been the same. Betrayal and loss of trust — and faith — will do that to the most confident of us.

Error: Twitter did not respond. Please wait a few minutes and refresh this page.