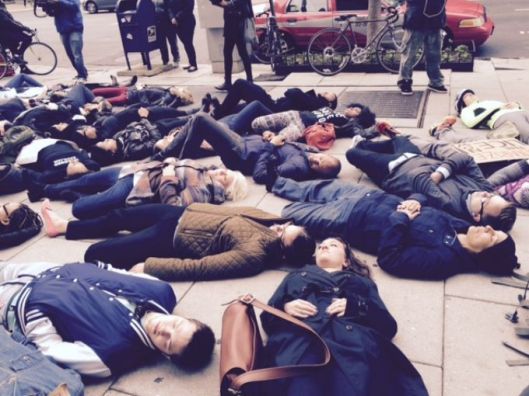 Between Bob McCullough, Darren Wilson, the grand jury in Ferguson, Missouri, the NYPD, Rudy Giuliani, the Cleveland PD, and 100 million other sources, I could easily draw the conclusion that the lives of Americans of color are only worth as much as three cigarillos or a toy gun. Or, with it being 2014, that we’re just characters in a video game in which scared Whites get to kill us for sport or out of spite. Heck, I wouldn’t be surprised if the Ferguson PD allows Wilson to mount Michael Brown’s skull above his mantle after he returns from his long-delayed honeymoon, the poor racist!

But my life, your life, all of our lives are worth more than what any racist asshole or system places on us. I had to learn this lesson a long time ago. It’s the lesson that is the raison d’etre for my blog Notes from a Boy @ The Window, not to mention my book Boy @ The Window. There are literally millions of messages we as Americans of color take in over the course of our lives that for so many, our lives don’t matter. Counterintuitively, it means our lives really must matter. Why would anyone or any system expend so much time and effort excluding people on the basis of race and social status in the first place? 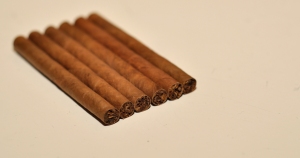 Still, learning that I mattered began at home, in Mount Vernon, New York, from folks who treated me every day as if I mattered not at all. Between my Humanities and Mount Vernon High School experiences and the abuse I suffered at home, I didn’t need the additional dimension of police harassment or White vigilantism to remind me that those of us without standing, who refused to conform to acceptable ways of thinking and speaking, were discardable. Maybe that’s why I turned to nondenominational Christianity in the first place. To realize that despite it all, that I mattered to God, to a universe much bigger and much more mysterious and powerful than the fists of my stepfather or the denigration and ostracism I received at school. It all gave me reasons to live.

So when my first encounters with police harassment and White vigilantism did occur (beginning right after my seventeen birthday), I had faith in God, and with that, faith in myself as a foundation from which to draw strength. Whether at Tower Records or in Pittsburgh or in Los Angeles, and regardless of how scared I might have felt during those moments, I remained outwardly calm. I remained myself.

Yes, I was lucky. Maybe my weirdness, my proper speech, my faith, maybe even God and the universe, kept me from getting beat up or shot on sight by police, security guards or by groups of drunken White guys in pickup trucks. But really, by the time Whites (and some Black cops, to be sure) started profiling me in earnest, I had made the decision that I had worth, that my existence, creativity, analytical ability, critical reasoning, all mattered.

It helped that I had victories in my life, big and small and somewhere in between, to draw on, too. Not just my advanced education or my first publications. By the time I’d hit thirty, I’d learned how to love again, to feel again, to write again, to have fun again, to even feel pain and recover again. All of that made my life much sweeter, filled my world with color and sound and texture, with words and deeds that mattered to me and everyone who’d become important to me.

While there are moments that I can go there, because of the likes of Wilson, McCullough and Giuliani, the fact is, I refuse to allow dumb-assed racists to determine my life’s worth. That those folk who devalue the lives of other folk because of their -isms (racism, misogyny, homophobia, imperialism, capitalism) and ish are in fact making their own lives worth less and worthless.

While W.E.B. Du Bois was right about this “peculiar sensation…this sense of always looking at one’s self through the eyes of others,” I don’t think I live my life in a constant state of double-consciousness. If I did, I would’ve jumped off that bridge over the Hutchinson River Parkway long before adulthood. No, up or down, I know my life has meaning, my existence is worth more than a 9mm bullet, that every sentient life matters. And like Michelle Alexander’s talk with her son this week, I’ve made sure that my son knows that his life matters, and should matter, to him, his mother, and to me.