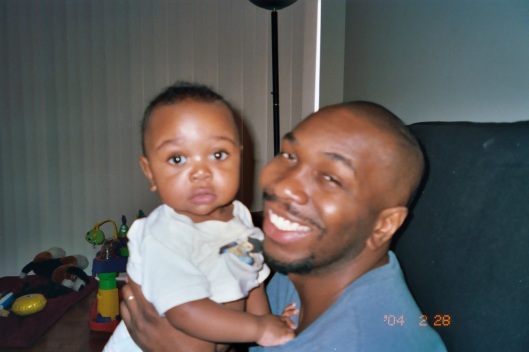 What I didn’t know across the past thirty-two years could be another book for me. I assume that would be the case for anyone would could look back across their life and second-guess themselves over that long a period of time. For me, though, the significance of today comes out of my mathematics background. You see, today’s my sixteenth PhD graduation anniversary. Not all that significant, I suppose. Except that I’m as far away from the end of my graduate school days at Carnegie Mellon today as I was from the first days of being a Hebrew-Israelite and watching my family fall into welfare poverty when I graduated in ’97. 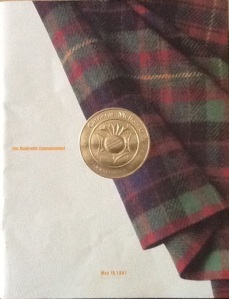 Two things will hurt your success in this life. One is not acting on the things you know you should or must do. I learned that hard lesson from watching my mother make the decision to not make any decisions until it was too late, all while growing up at 616. Two is the enormous danger of not knowing, and therefore, not being able to act or respond to new or damaging situations as they arise. I’ve learned that lesson pretty well, too. Sometimes the hard way, through really bad experiences or decisions I didn’t play out like a game of eleventh-dimension chess. Sometimes through insight, foresight, even divine inspiration, anticipating what I didn’t know ahead of time.

And even with anticipation, you still might not be able to do anything about what you do and don’t know, simply because you’re not in any position to change things. That was especially true in ’81. I knew that my now deceased idiot ex-stepfather Maurice Washington was no good. But when my Mom decided to end her six months’ separation from him, there was nothing I could really do about it. I knew that with inflation rates of 14.5 percent in ’79 and 11.8 percent in ’80 (thank you, Scholastic Weekly Reader) and my Mom income of roughly $15,000 per year that we had less and less to work with at home. Again, not much I could do about that, either. Even paper boy jobs were drying up by the time I turned twelve! 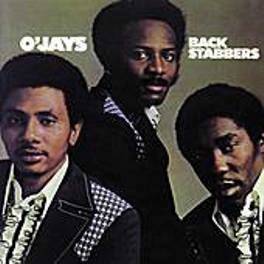 O’Jays Back Stabbers (1972) album cover, November 10, 2011. (Dan56 via Wikipedia). Qualifies as fair use as low-resolution illustration of subject matter.

But when I looked back on this in ’97, I mostly thought about the good things that had occurred in the fifteen years between the domestic violence my Mom endured on Memorial Day ’82 and my doctoral graduation ceremony. My independent conversion to Christianity in ’84. Knocking out a 5 on my AP US History exam without ever cracking open Morison and Commager. Overcoming poverty and my lack of self-esteem to build a life at Pitt and in Pittsburgh between ’88 and ’97.

Still, I’d already been wounded, badly. By the things I knew but did nothing about. By those things I could’ve anticipated but my efforts to counteract were insufficient. By those things I couldn’t have known at all. I knew I’d have problems with my “running interference” advisor Joe Trotter coming down the dissertation stretch. Yet because of departmental politics and my need to be done sooner rather than later, I did nothing about this until I was six chapters into an eight-chapter dissertation. I knew my mentor and committee member Bruce Anthony Jones could sometimes be unreliable. Yet I had no idea that he would completely abandon me and his other doctoral students the moment he signed his name to my and their dissertations. 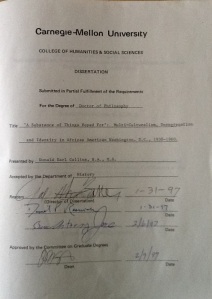 Most of all, I never anticipated that my Mom would actually be jealous of me, and would spend a whole week with me at 616 and in Pittsburgh doing and saying things to completely disparage what I’d worked so hard for. For me, for her, for my family. That was hard to get over. There are times I’m not sure if I’m entirely over this yet.

What I’m sure of in ’13, though, is what I do know, don’t know, and can only anticipate with the wisdom of experience and wisdom beyond my experience. I know that I love my wife, that there’s a lot in common between her and Crush #1 (for those of you who’ve read Boy @ The Window so far, the implications should be obvious), real and from my own imagination. I didn’t know that I’d have a kid, a son who at nearly ten is both wonderful and perplexing, and hopefully, off to a much better start in life than I ever got. I suspect that one of my references for jobs and consulting gigs has been undermining my efforts over the past five years, and have thus removed her as a reference.

What I don’t know — but can only hope and work like a dog toward — is whether Boy @ The Window will be a success. I’m not sure if quantifying it would help. I sold a thousand copies of Fear of a “Black” America between August ’04 and January ’07, without the benefit of this blog, Twitter, Facebook or the e-book platforms. How long before I sell my first hundred, thousand, 5,000 or more? I have no idea. But as they say, I “must walk the path, not just know it.”