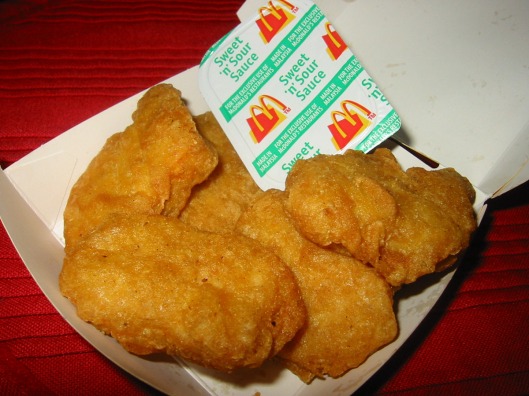 I’ve found it amazing over the years how much my diet and palate has changed, and how my cooking has changed with it. Once upon a time, I thought that Burger King, Arthur Treacher’s, and (to go more local) Mount Vernon’s Papa Wong’s and Clover Donuts had the best food in the world. I knew no other way of preparing fish other than frying it in oil and coating it with a combination of flour and corn meal. And any meal that cost more than $10 — whether eating out or in buying the ingredients to make a meal for my 616 party-of-eight — was a real luxury.

By the summer of ’87 — the summer between the end of high school and the beginning of my college journey at Pitt — I was working for General Foods (now Kraft Foods) in Tarrytown, New York as part of the minority access program Operation Opportunity (the details are all in Boy @ The Window). After work, I often stopped in White Plains at or near The Galleria to switch buses, since it took two buses and a three-quarters-of-a-mile walk to get from 616 and Mount Vernon to the company’s testing facilities down the road from the Tappan Zee Bridge. I also stopped at The Galleria to avoid the hum-drum grind of poverty and chaos at home, to get something substantial to eat, to check out and/or buy the latest tune. And, to feel like a normal seventeen-year-old, and not the boy-man who always felt as if he was part of some epic struggle.

As I described it in Boy @ The Window:

And it was a heaven, a haven, a distraction, if only temporarily, from all of my terrors and fears. Of being permanently alone, of not being able to establish real, lasting friendships, of not being able to love, of only being able to evaluate myself through the eyes of women who saw me as a boring automaton. Not to mention, of having yet another incident with my idiot stepfather Maurice over my refusal to submit to him as “Dad.”

It was also really my first time on my own for more than a few hours without the crutch of high school and Humanities, without the constant noise of my younger siblings tearing up the apartment like it was the Daytona 500. So with every bite of those six orange-yellow McNuggets and every slurp of that fake vanilla milkshake, I savored my quieter mind. I may have looked to others as if I was woofing down the food faster than Scooby Doo and Shaggy in the middle of a food orgy. But for me, those five or six minutes lasted more like twenty, as if I was in deep meditation or watching a bird flap its wings in slow-motion.

Twenty seven years later, and I can barely stand the sight or smell of anything McDonald’s — or any fast food in general. Thank you, by the way, Eric Schlosser and your Fast Food Nation (2002) book for making my stomach churn with every fast-food smell my nose can detect! I even make my own pizzas most of the time now! I buy my son Noah and my wife (on occasion) Mickey D’s, mostly McNuggets, and lately, with milkshakes that apparently now contain some dairy-like substances. As for me, I do sometimes eat a couple of fries, but my near-middle-aged tongue and stomach limits my ability to push down the food.

My palate after thirty years of cooking and progressing from $5 spaghetti meals for eight to broiling sockeye salmon in olive oil with a from-scratch fettuccine dish is far more sophisticated now. I no longer can lose myself in food in order to de-stress from carrying the weight of my world. Cooking, however, has been my one of my cathartic exercises for the past twenty years. It’s sometimes even more of a remedy than writing. Too bad there was never any hemp in those McNuggets, though!