Schooling and friendships have been the main theme of my posts this month. I find myself in deeper reflection about my years before the Boy @ The Window years these days. Maybe because I’ve come to realize that those years between ’74 and ’81 were far more influential in how I saw the world than I’d previously given credit.

One issue that I think I’ve had insight into for years before actually becoming an educator is busing. Maybe not so much in relation to school desegregation, though. As a seven-year-old, it would’ve been in terms of friendships and belonging. The only time I faced a no-choice busing situation was my last two and a half months of second grade, between April and late-June 1977. My Mom and Maurice had moved in together and moved me and my brother Darren to North Side Mount Vernon and 616, the house of horrors that would become the central locale of my memoir.

The Soiling of Old Glory, Boston, MA, April 5, 1976. (Stanley Forman/Boston Herald American via Wikipedia). Qualifies as fair use due to historical important of photo and low resolution.

The only thing I knew of busing before the move from 425 South Sixth to 616 East Lincoln was that Darren had been taking a bus to Clear View School in Dobbs Ferry every school day since my first day of kindergarten in ’74. Also, the images in my head from national news on the three main networks about Boston Public Schools and protests in ’74 and ’75. I had no idea in the spring of ’77 that many White and more than a few Black parents were fighting a desegregation order that required widespread busing in Boston. All I knew at the time was that a lot of angry people with signs and bricks and bottles were on my TV screen at the beginning of September almost every year.

My spring of busing was one of misery. Not because Mount Vernon was under any desegregation order, which it was. Mom had made the decision to not disrupt second grade for me by keeping me at Nathan Hale Elementary, the school that we had lived two doors down from prior to our 616 move. The other option was for me to start at William H. Holmes Elementary five months sooner, so that my transition to third grade would’ve been easier. Thanks, Mom.

Even at the time, I wished she had. Mom had been sick for half that school year. She and my father Jimme were in the midst of a nasty divorce. We had already moved. It made no sense for me to continue to go to Nathan Hale Elementary. I couldn’t stand my teacher Ms. Hirsch. She was the only teacher prior to Humanities, and especially Humanities at Mount Vernon HS, who thought of me and other students as essentially kids without a future. Ms. Hirsch was the only teacher prior to my senior year at MVHS who told me that I wouldn’t “amount to anything.” I hated, hated being in her classroom. It was a feeling I wouldn’t have again until David Wolf and AP Physics my senior year, and even then, that feeling only lasted for forty-five minutes, and even then, it wasn’t with me every day.

By the end of second grade, I was without any friends. Not because I did anything weird, which I’m sure I did. The constant disruptions in our living arrangements meant that I no longer played in the playground next to Nathan Hale after school, where I could hang out with other first, second, and third graders. (I was scared to go there by myself otherwise, anyway — this issue, to be continued.) A bunch of my first grade friends from Ms. Griffin’s class had left during the summer of ’76, leaving Winston, a first grader, as my only friend at Nathan Hale. Yeah, I talked to Lauren and one other girl in Ms. Hirsch’s class, but that was pretty much it.

Now and Later candies, made by Farley’s and Sathers, October 26, 2010. (Evan-Amos/Vanamo Media via Wikipedia). Released to public domain.

Taking the bus to and from school for those last fifty days or so of school was torture. Not because kids make fun of me, which they didn’t, or because I was part of some experiment related to desegregation, which I wasn’t. I hated the smell, of bubblegum and Now-&-Laters, of sweat from recess and gym, of exhaust fumes from cars because our little TFD bus wasn’t air-conditioned. Mostly, I couldn’t stand the forty-five minutes or hour that it would take to go from 616 to Nathan Hale, picking up kids all through Mount Vernon along the way.

Fourteen years later, in an upper-level US urban history undergraduate course (my last history class before grad school) at the University of Pittsburgh, one of my required readings was J. Anthony Lukas‘ Common Ground (1985), his Pulitzer Prize-winning book on busing and school desegregation in Boston. There were so many powerful parts of Lukas’ book that piqued my interest. His coverage of parents from all sides of the busing controversy. The sense that school desegregation was a bit of a Pyrrhic victory legally, but not so much culturally, because of the “hearts and minds” issues around race. What struck me, though, was the limited perspective Lukas provided on kids who had to ride these buses between Black, White, and Puerto Rican neighborhoods to get to these schools throughout Boston.

I imagined what it would’ve been like to bus in Boston during my K-2 years. I had it hard enough as a child of abuse and divorce, with a move to an uncertain future, and with at least one teacher who saw me as little more than human garbage. Add screaming and spit-flying from White parents raging over school desegregation? I really could’ve been written off, never having a chance to become a good student, and more importantly, a lifelong learner. Maybe the only lesson I would’ve learned from busing was that Whites against busing have serious high-blood pressure issues. Or, more realistically, that White parents didn’t want me to become friends with their kids.

Either way, Lukas helped me realize, maybe for the first time, how twisted and evil American society would have to be to expose kids to blatant racism and not-so-blatant economic inequalities as demonstrated through busing. 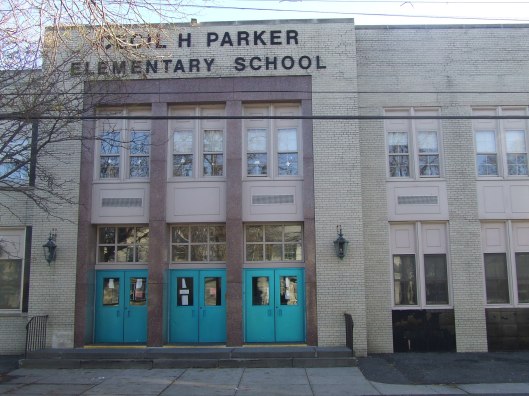 I’ve written about parts of this before, back in my first days of blogging about my life and times as a student. But this week is especially poignant. Yesterday (September 2) marked twenty years since I sat through and passed my PhD dissertation overview defense at Carnegie Mellon in Pittsburgh, making me ABD (All But Dissertation, an official PhD candidate). Tomorrow (September 4) will be forty years since my first day of school, attending kindergarten at the Nathan Hale Elementary School (now Cecil Parker ES) in Mount Vernon, New York. It was a school two buildings and an asphalt playground down from our second-floor flat, 425 South Sixth Avenue. In between was nineteen years and 363 days of time as a formal student, going from learning how to read “Dick and Jane went to the store” to writing a “book” about multiculturalism and Black Washington, DC.

I’m sure most of us don’t remember so much of what occurred in between day one and day 7,303 of student-hood. I remember plenty, though. I remember the morning being unusually cold and having to wear a windbreaker or a raincoat (according to a weather website, the high that day was only 69F, and it actually rained at some point during the day). Kindergarten was only a half-day endeavor back then, so I remember getting released to come home for lunch and spending the rest of the day playing with my Tonka toys and watching Sesame Street and The Electric Company.

Contrast that with a warm first Friday in September ’94, at a time when I’d met some new first-year PhD students in the History program, Carl, Jeff, Susannah and a few others, who all seemed surprisingly interested in my dissertation work. I think it was just that I was one of their first points of contact, going through something they themselves hoped to do within a few years. Either way, I’d been preparing to defend my eighty-page dissertation overview for the previous six weeks, in between working on a migration studies research project for Joe Trotter and keeping an eye out for dissertation grants that I firmly believed were necessary for me to get out of grad school with my sanity intact.

As I walked up the sloped, dark, factory-mimicking hallway on the second floor of Baker Hall to what would be two hours of interrogation from Trotter, Dan Resnick, Bruce Anthony Jones and Department Chair Steve Schlossman (among others in the conference room that morning) with my “entourage,” I had this two-decade juxtaposition in mind. I actually started thinking about the long path from kindergarten to PhD, and all the bumps, bruises and breaks along the way. About how on a September 2nd morning six years before, I’d been homeless and came within days of dropping out of college. About how none of this would have been possible without my older brother Darren, who taught me how to read on Christmas Day ’74. Or, for that matter, without my third-grade teacher Mrs. Shannon encouraging my Mom to buy the entire set of the ’78 edition of The World Book Encyclopedia, which led to me reading through that set between December ’78 and April ’79.

Even J. Anthony Lukas‘ Common Ground: A Turbulent Decade in the Lives of Three American Families (1985) was in my head as I laid out my papers and dissertation overview as references for my overview defense. I’d only read the book in the previous year. This Pulitzer Prize-winning book for nonfiction lived up to the award it earned Lukas, as he went to excruciating lengths to make the process of desegregation by busing, White fears, and Boston’s racism and racial divide come alive.

In reading about what the White parents did to stop busing in September ’74, it forced up a memory of watching the evening news my first two days of school about Boston’s White community rioting over busing and desegregation. The picket signs, the bottles and rocks. I remembered asking my Mom about it then, but I don’t think she gave me a direct answer. Lukas, though, did, twenty years later.

Finally, I thought about my Humanities classmates as I sat down and had gone through all of the pleasantries with my dissertation committee and other professors and grad students in the room. I thought about how classmates like Josh and Danny ridiculed me as a savant, who told me that history essentially was only trivia, that I couldn’t do anything with it other than “go on Jeopardy.” In some ways, they were right. They just weren’t correct on September 2, ’94.

All of this gave me a place to start. So when Trotter asked me, “What in your life has prepared you for this moment?,” I knew from which parts of my life’s journey to pick. Only to realize that in starting at the beginning, I was nowhere near full circle.