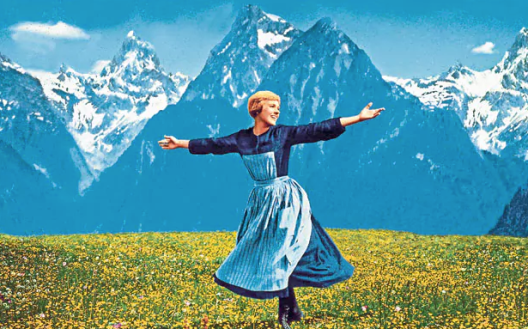 Last week marked an all-time milestone. Me and my future wife moved to the DMV on Tuesday, August 10, 1999, and moved into our luxury high-rise apartment in downtown Silver Spring, Maryland the next morning. It was a crazy move, done between two jobs and the crossroads of two careers, and with bronchitis on top of that. It was also two days after I proposed to Angelia. Lucky me, she was very, very kind in saying yes, despite my sometimes manly, trash-ass flaws!

Twenty years here in DC, in Suburban Maryland, and (mostly for work) in Confederate Northern Virginia has been both good and terrible at the same time. Living around here has been an exercise in outsized cosmopolitanism. The expensive apartments and homes, the high-salaried jobs that come with stress that will age you right into the grave, side-by-side with examples of poverty that reminded me of my Mount Vernon growing-up years. I’ve seen it happen, to 23-year-olds and 60-year-olds of every stripe. Not much different from what I’ve seen of New Yorkers over the years. 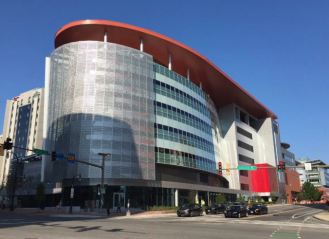 Living in the DC-area has also been an exercise in patience. The area’s penchant for urban and suburban elitism is matched by its Southern and East Coast colloquial nature. Gentrification in NE and SE DC would be a case in point, with Trader Joe’s and restaurants serving osso bucco within a sniff of an old fried fish or crab shack. Or watching downtown Silver Spring, once dotted with dimly-lit bars and mom-and-pop eateries, turn into a gentrified nightmare, with two-dozen new luxury high-rise apartment buildings and a Star-Trek-like office starship that United Therapeutics had built across the street from our former place. All as Silver Spring has no mayor, save the Silver Spring Chamber of Commerce and Montgomery County executives selling off county buildings and parking lots to the lowest bidder. Only to see DC government match the suburbs in driving out its residents living with poverty, to rename neighborhoods in an effort to get White-suburbanite bodies and dollars while giving the trillion-dollar businesses of the world significant tax breaks.

But since I (mostly) left AED and the nonprofit world to go back into academia as a part-time and (since 2012) full-time contingent faculty member at two universities, I really don’t spend that much time in DC. Working on nationwide initiatives and programs tends to distort one’s view of DC, and it certainly did mine, at least in my time here before about 2006. Really, it shouldn’t have. I had lived in Shepherd Park while dissertation-ing for several months in 1995, and regularly visited across various communities between 1992 and 1998. Still, being solidly middle class after years of growing-up, welfare, and self-imposed-via-grad-school poverty does create a bias.

I thought DC was great those first years as a result. This despite the poverty I saw. This no matter the homelessness I breathed in, regardless of the LGBTQ discrimination I witnessed. This in contrast with the education “reforms” occurring in PG County and in DC itself, as politicians like Adrian Fenty and school supers like Michelle Rhee and John Deasy letting the corporate education reform vultures into the school districts. Only to create money-leeching charter schools that would only leave another generation of students with less educational resources and not improve their life chances while also decimating teachers’ autonomy and teachers unions.

I thought the same of Silver Spring and Montgomery County, especially after Angelia gave birth to our one and only egg in 2003. After all, we lived in middle class section of an upper-middle-class community in one of the best school districts in the US, and easily the best in the state. What I didn’t realize until we moved our son from daycare at a federal agency in DC to one adjacent to his eventual elementary school in Silver Spring was the level of White-bred provinciality our near-immediate neighbors possessed. Yes, even the Black ones. Whether Ivy League-educated, PhD-ed, JD-ed, school teacher, firefighter, nonprofit entrepreneur, lawyer, or government bureaucrat, they all seemed to know very little about the world beyond a two-square mile radius.

Now, some of this was because our kids were four or five years old. I didn’t watch anything other than PBS Kids Sprout, Disney Channel, and Nickelodeon (with the exceptions of The Wire and Grey’s Anatomy) between 2003 and 2010, except for news, of course. But as our kids became preteens and then teenagers, I knew it was more than that. My neighbors, though struggling through the Great Recession and a general downshift of the US middle class throughout the past two decades, still expressed little concern beyond their own day-to-day, as if nothing impacted them as individuals or a family. As our conversations did shift toward politics and -isms, they would cliché their way through them with platitudes like “If we could just get rid of the hate” and “Things have gotten better since the ’60s.” These conversations were so White that I sometimes clicked my tongue to signal to my prefrontal cortex that it was time to go in Standby mode.

That provincial laziness in thinking and general willful ignorance of the relationship with the world outside the community made me more aware of Namby-Pamby Land as a whole. From my fellow drivers (some I’ve recognized while driving) driving too slow, taking seconds to react to a green or red light, and blowing through stop signs, to my neighbors walking down sidewalks six abreast and forcing people into streets to go around them. And of course, their general resistance to changing intra-district boundaries because they didn’t want to “go over the bridge” across 495 to have little Johnny or Maddie attend school with less-well-off Latinx kids.

That’s the price I’ve paid for living in a suburban community of relative class privilege. The toxicity of it all has left me wanting for the New York of my youth (not Mount Vernon, mind you) as I’ve gotten older. But I guess it could be worse. It could Potomac or Bethesda, Maryland-worse.