One of my inner circle of friends during my undergraduate years at the University of Pittsburgh was Terri. She was one of the more interesting folks I met during all my years at Pitt and in Pittsburgh. She was so smart, so intriguing, so whimsical, so troubled, so much in fear of success and so flawed. I learned so much from Terri without ever really trying, because she herself was in search of something during all the years I knew her.

I first met Terri in January ’89 at Pitt’s William Pitt Student Union, in the TV room where a bunch of us were watching Dallas (the original series on CBS that Friday night). 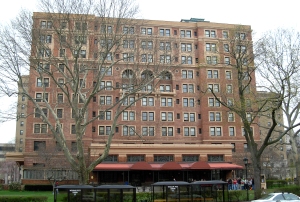 William Pitt Union (as viewed from Cathedral of Learning), University of Pittsburgh, July 28, 2012. (Mackensen via Wikipedia).

(From Boy @ The Window) “At five-two, she had short dark-brown hair and also wore glasses. There was something about Terri that I knew was different, that she wasn’t just “Black,” whatever that meant. She was one of the first biracial women I’d come to know. It seemed like those were the first words out of her mouth. Maybe not. But Terri did tell us she was “half-Black and half-White” before the night was over….She immediately jumped into our growing conversation once they sat down and criticized Dallas as one of many examples of lily-Whiteness on TV. That launched a whole new discussion, with everything from The Cosby Show to 227.

“After about an hour of debates, jokes and wonderful conversation, we all went out into Oakland. We started at The O, the nickname for Original’s. It had already been a mainstay for students and steelworkers in need of cheap food and beer since ’60. The Pitt football team often drank and caroused there, often getting into fights with Pitt Police. This Friday it was overcrowded and dirty, and we wanted to talk. Terri had become the leader of our pack, and took us over to Hemingway’s as an alternative. The bar and restaurant was The O’s opposite, very quiet, very reserved, with a very much older and Whiter crowd. It was also the first time I’d been carded, so I couldn’t have a drink even if I wanted to.”

Terri was the one who could truly bring out my adventurous side, as she introduced me to Pittsburgh’s night life — Black and White. She didn’t seem to care that I was still only nineteen or twenty years old. Terri could talk herself — and me — into a private over-twenty-five club in Homewood or Penn Hills, or out of trouble with police like no one I knew back then. I met all kinds of Pittsburghers as a result. Gay and straight, older and younger, college educated and working-class stiff. Hanging out with her was a constant balance between a real social life and one when being out too late may have put her or us in danger. 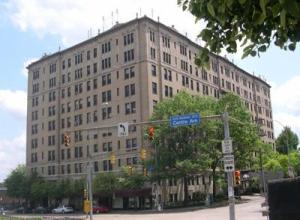 My shift to a more regulated schedule with Terri began during the summer of ’90. I came back to the ‘Burgh the first week of August after nearly two months working at Westchester County Department of Community Mental Health. I wanted to find my first real apartment, not just a room in which I shared a kitchen and bathroom with six others in South Oakland (which I’d done in the two previous years). I stayed with Terri and her mother at their new place in Shadyside for a week, fairly close to all the neighborhoods in which I hoped to find a place.

At first, the late nights of talking and hanging out were fun. But by the third day, I was knee-deep in apartment listings and phone calls to landlords in Oakland, Shadyside, Squirrel Hill, Wilkinsburg, Bloomfield, Point Breeze, Homewood and East Liberty. Terri wasn’t exactly a happy camper, with me, her mother or her various suitors for that particular week. Terri and her mother had several arguments that week, about money, dating, even over her treatment of me. The most remarkable thing what hearing Terri call her mother a “bitch” over and over again one night, as if it was a period at the end of a sentence.

My problem, of course, was that I was “asexual” according to Terri. It wasn’t the first time someone had described me as such, and it certainly wasn’t the first time Terri had called me “asexual.” This time and week was different somehow. I guess that Terri thought that I’d look at a couple of places and then spend the rest of the week partying. But given my finances, I couldn’t just plop down money on a $400 a month one-bedroom with bay windows. I don’t think that she understood this, though, not the way Terri spent money back then.

I assumed, right or wrong, that she felt spurned by my lack of interest that week in spending my late nights out on the town with her.  For that week at least, I wasn’t into the Terri Show. As up and charming as she could be, Terri had a dark side, one in which her mother obviously faced much more than anyone else. I still considered her a friend, even a good friend. I just couldn’t be the kind of friend that could be what she wanted me to be on whim and demand. And over the next six years, I gradually also stopped being the friend that would listen to all of Terri’s gripes about life and race, identity and bad boyfriends.