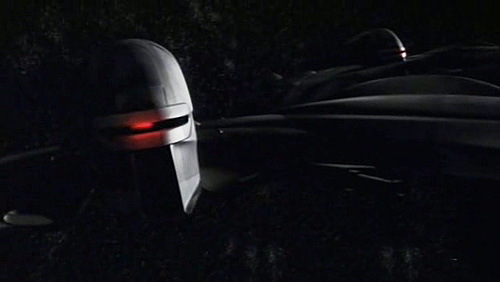 It’s Memorial Day ’12. It’s been thirty years since that fateful Memorial Day ’82. A part of me, the child that I was, still remains in that day, in the weeks and months before that day.

Little in my life in the previous three years bore a real resemblance to a carefree childhood. But I somehow managed to pretend my way through the three-year-period that included the birth of my younger brothers Maurice and Yiscoc, my idiot stepfather walking out with our food in October ’80, and the first year of the Hebrew-Israelite experiment (see my “Peanuts Land” post from last month).

The speed-of-light shockwave that was my love for Crush #1, and the interrelated turnaround of my grades 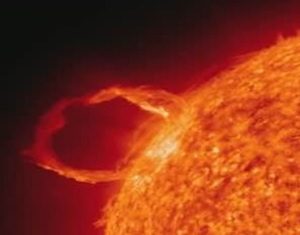 in the previous three months gave me a tenuous lifeline to what remained of my childhood self. Making it rain A’s in March, April and May that year reaffirmed the person I thought I was in sixth grade, despite the “Captain Zimbabwe” taunts that began from A and the Italian Club as we approached Memorial Day Weekend (see my post “The Legend of ‘Captain Zimbabwe’” from May ’09).

But the teetering and temporary bliss of grades and the crush on Crush #1 could only distract. They couldn’t delay, even as much as they helped me deny. They could in no way prepare me for the blinding light, the initial shockwave and heat, the full blast effect of what was coming.

It was 5 pm that Memorial Day Monday when it began.

“I’m sick and tired of you treating me this way. I’m sick of you not lovin’ me!,” my stepfather yelled.

“What do you mean ‘love you’?,” Mom said. “Most women wouldn’t even put up with your stinkin’ ass. And now you want more money for a business that I’m not even a part of? You must be kiddin’!”

Mom was on the phone in the master bedroom, while my stepfather yelled into the phone in the kitchen, back in the days when land-lines ruled the world. She picked up the bedroom phone because my stepfather had made a long-distance call to his wayward mother in California, at a time when we were seriously behind on paying the bill. I didn’t understand why he’d want to continue to talk to a woman who abandoned him as a baby to his relatives in Richmond, Virginia and Trenton, New Jersey in ’50. It seemed to me that Maurice was wasting time and money on a woman who cared for him as little as he cared for us.

I was lying down on my bed across the hall from the master bedroom, trying my hardest not to pay any attention to the unfolding drama. With both of them yelling over the phone, though, I couldn’t block their argument out any longer. So I sat up in my bed — giving me a view from our room across the hall into Mom’s bedroom — and continued to listen.

This was one of many arguments over bills and my stepfather’s wack attempts to start a telecommunications business. He had used $2,500 of Mom’s precious money to get a New York State business license for “Sun-Lion Communications” (see my post “Dumb Ass Communications, Inc.” from March ’11 for more). Somehow, Mom’s $15,000-a-year income was supposed to be enough to feed six people and get a business off the ground floor? “Their arguments are insane,” I thought.

I usually could tune them out. But not this time, and not anytime since.

“Who you talkin’ to, bitch!,” Maurice yelped as he punched Mom in the jaw. He followed up with a kick to her stomach and a forearm that knocked her into the queen-sized bed. With each hit he shouted “Are you gonna gimme some respect, bitch!” A moment later, Maurice poured an industrial-sized bucket of water on Mom to wake her up, but that didn’t completely work.

For a full two-minutes, I just stood there. I was in shock, scared for Mom, scared for all of us. Somewhere in that time, my stupid stepfather had escaped the apartment, not to come back for two days, while my mother lay there, nearly lifeless.

I snapped out of it, determined to wake my Mom up. She was groggy, concussed from the battering she took. I sat her up, talked to her, and eventually helped her out of her waterlogged bed down the hallway to the living room, where she lay on the couch for the next day or so.

I should’ve called the cops. As much as I’d been taught not to trust them, I just should’ve dialed 911 and done the deed. What a coward I was! I should’ve done what Jennifer Lopez’s character did in Angel Eyes (2001). It certainly would’ve been easier. In that one decision, I could’ve reported Maurice’s heinous crime, gotten him arrested and jailed, and ended this sham of a marriage and family. Assuming, of course, that my Mom would’ve pressed charges.

Instead, I settled for a psychological and literal guerilla war which left me battered myself by summer’s end and willing to commit suicide within nineteen months. Most of all, I was stuck in that moment (Stuck In A Moment You Can’t Get Out Of), in the weeks and months before that moment, for nearly seven years.