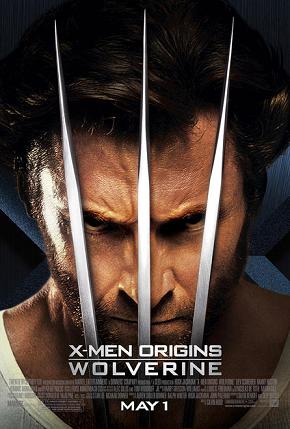 This week marks thirty years since I learned that my sixth grade teacher Mrs. Della Bryant had recommended me and two other classmates into Mount Vernon public schools’ Humanities Program. It was a great achievement, but it felt bittersweet at the same time. For it came a week after the end of my friendship to Starling, and three weeks into the bizarre-ness of being a Hebrew-Israelite. It was the beginning of six long years of learning life’s lessons the hard way, like a soft-shelled crab in the middle of a hailstorm.

Mrs. Bryant had pushed for my acceptance into Mount Vernon’s Humanities Program at the beginning of May. Between my SRA scores (Reading, 12th grade level; Math, 11th grade level), three years as a straight-A student and her recommendation, it was pretty much a slam dunk. This meant that I could spend as much as the next six years taking accelerated courses with the brightest students in Mount Vernon. When Mrs. Bryant told me about her recommendation, I bounced the seven blocks home to tell Mom about the opportunity. Mom asked, “Are you sure about this?,” as if I was planning to become a Catholic priest. I responded with an emphatic, sportscaster Marv Albert-esque “Yes!”

Of all the things that I was first asked to do after Mrs. Bryant told me that I was in, I had to pick a language of study — for the next four years! I didn’t think much past the next couple of weeks, except when waxing philosophic, so four years might as well have been forty. I opted for Italian over Spanish and French, mostly because of my love for spaghetti and pizza and Italian cheeses, a desire to visit Little Italy, and because the other six Holmes School classmates who had been accepted into Humanities chose the other languages.

But with the loss of Starling as my best friend, it was hard to celebrate without feeling lost and loss. I hoped that, at the least, that I could connect with the other kids that would make up Humanities at A.B. Davis Middle School in seventh grade. I hoped that I would do as well as I’d done between fourth and sixth grade, that I could prove myself as among the smartest — if not the smartest — kid in the program. Most of all, I hoped that I’d be challenged in ways that fourth, fifth and sixth grade hadn’t.

As it turned out, I was challenged. Thoroughly. My future and now former classmates challenged all of my assumptions about people and life, about how the world works, about relationships, tolerance and acceptance. I faced challenges that I couldn’t have possibly anticipated three decades ago.

I attended William H. Holmes Elementary, a school that was 99.8 Black and Latino, with high number of kids from poor and low-income backgrounds. I assumed that with a greater degree of intelligence came a greater degree of acceptance, but I hadn’t learned anything about eugenics or Nazism as an intellectual practice yet. (Not that Humanities was an incubator of Nazism, but it shows how poor my assumptions were.) I was arguably the highest performing student in my class, but that’s like saying that I’d won a hot-dog eating contest against a two-year-old.

But that was all to come with the transition to middle school, the economic collapse of my family and the puberty process. In the moment of origin in May ’81, I was on an academic high that I wouldn’t achieve again until my junior year at the University of Pittsburgh. I was a newborn baby, beautiful yet naive, not yet ready for the torture of the growing pains that would follow.