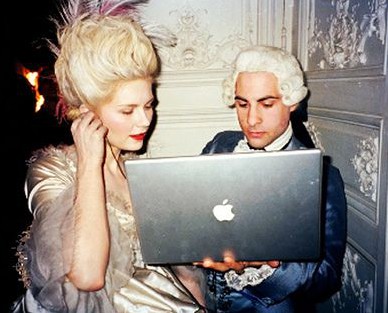 Kirsten Dunst and Jason Schwartzman get anachronistic between shots on set of Marie Antoinette (2006), September 2012. (Pinterest via http://buzzfeed.com).

It’s that time of year in academia, folks. The heart of the fall scholarly conference schedule, between the beginning of October and mid-November (American Political Science Association conference as an exception, though). For the first time in a few years, I’m part of the schedule, as part of a panel on American imperialism and narcissism this weekend at the Society of U.S. Intellectual Historians conference here in DC.

The topic is a departure for me. In the couple of dozen or so conference presentations I’ve done since the mid-1990s, I have discussed two interrelated topics. Multiculturalism in the contexts of US history, African American history, and education policy was one, and covered every presentation I did between 1992 and 2003. Education reform in the context of college access, retention, and diversity was the other, and covered every conference presentation or other talk I did from 2004 through 2009. 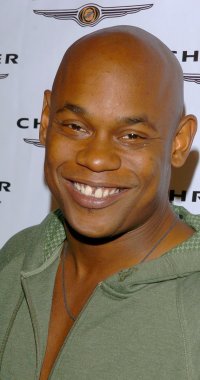 I never wanted to be wedded to one topic my whole career. It was the academic equivalent of being typecast, like Bokeem Woodbine (thug) or Anthony Azizi (terrorist). But in the spring of 2003, there I was, doing conferences as “Dr. Multiculturalism,” either for the benefit of eager grad students or to the chagrin of more senior scholars.

No one really discusses this issue in academia. The idea that any of us can decide to move on to a completely different topic as a scholar, become engrossed in it, even become an expert and present and write on that topic, and then move on to the next one (yes, there are consequences, but…). At best, most scholars in academia have variations-on-a-theme careers, covering sports history and society, moving from baseball to football to tennis. Or from Black migration in the early 20th century to gentrification and its impact on Black families in the ’90s and ’00s. (It’s not as if many academicians can’t find the time to pick up another idea!)

What’s even worse are the ways in which we in academia beat up on each other’s work at conferences, and not in a constructively critical way, either (that would be refreshing). The key for me moving on from multiculturalism began at the 1999 Organization of American Historians conference in Toronto. I presented on “The Black Brahmins of Harvard: W. E. B. Du Bois, Carter G. Woodson, and Alain L. Locke on
Multiculturalism, 1890-1940.” Admittedly, there were a few issues with the paper. I didn’t include any Black women in my consideration (although, given Harvard’s institutional racism and sexism in this period, Black women were almost nonexistent, including at the doctoral level). I had to deal with the Afrocentricity sect, who didn’t see multiculturalism as a fellow traveler, but instead as a Eurocentric “feel-good” understanding of US and Black culture.

Most importantly, I was being “anachronistic.” I had applied a term that hadn’t become commonplace until the 1970s to a previous period in history, one in which the term hadn’t been conceived. It didn’t matter that cultural pluralism had existed as a term since the 1890s and that many in the philosophy and education fields had used cultural pluralism and multiculturalism interchangeably. For this group of cultural and education historians, multiculturalism in my work equalled a no-go zone. 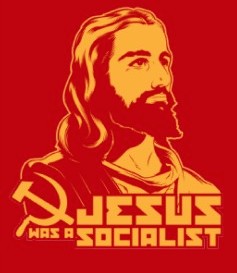 Jesus was a Socialist bumper sticker, an anachronism, October 12, 2015. (http://plus.google.com).

Though I managed a few short articles and a chapter on multiculturalism, time and time again, the question of anachronism came up. And despite all of my documented evidence, more senior scholars at journals refused to accept multiculturalism and Black history in the same sentence. “Surely you must be referring to Afrocentricity or Black Nationalism,” one reviewer for the Journal of American History wrote on a manuscript that he rejected in 2002.

It never occurred to me to call them directly on this bullshit. These same folks will write articles with titles like, “Was Jesus a Socialist?” or “a Marxist?,” or “Nat Turner’s Rebellion and the Birth of Black Nationalism.” Talk about anachronistic! Jesus and Karl Marx are roughly 1,800 years apart, and Black Nationalism is a specifically mid-to-late-twentieth century term. Yet this was much more all right than my early-thirties-self yammering about something as complex as multiculturalism and its role in the thinking and education of African Americans. 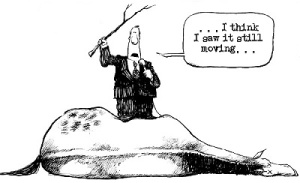 I’m hardly arguing that academicians who didn’t like my work should have seen my brilliance and allowed me to publish or present more on multiculturalism. Heck, by 1999, I was tired of my former dissertation topic already! A bit more honesty about what really bothered them, though, would’ve been helpful. The idea that ordinary people could be unconsciously participating in multiculturalist activities, in this case, ordinary Black folk, some academicians found unacceptable. The idea that I could write this was unacceptable to quite a few. The fact that my former patron in Joe Trotter wasn’t out there opening up doors for me on my topic left me in a bad place politically as well. I wasn’t supposed to be in academia, after all, at conferences or in scholarly journals. I know now that part of the point was to thin out the herd of competition, to anoint some and shun so many others, me included.

The constant rejection on fairly hypocritical grounds just made it easier for me to publish Fear of a “Black” America in ’04 and move on. Since I am at the beginning of the process of thinking through a new topic, I don’t have mental exhaustion as an excuse for crumbling in the face of soul-destroying, narcissistic opposition. I also have at least one thing going for me these days. I feel I’m old enough now to call numbskulls on their bullshit.