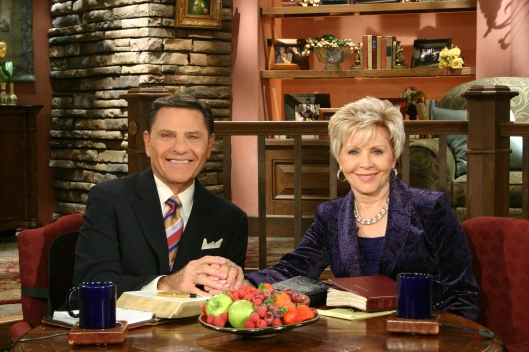 For nearly all of my life folks with even a kernel of authority have tried to convince me that there was one right way to live, one true path to liberation. Mostly religion has been the means through which others have attempted to box me in, although ideologues around Marxism, Afrocentricity, and Capitalism have all been in my figurative kitchen over the years. And like any well-meaning human being, at times I tried real hard to adapt myself to these right ways of thinking, of living out the one correct way to live. Only to fail, or rather, to recognize that none of these ways are the one right way, unless you are a closet right-winger, a conservative (non-ideological) wearing revolution-esque clothing.

My introduction to this madness began with my years as a Hebrew-Israelite, from April ’81 to April ’84 (although I wore my kufi until September ’84). That any parent could suddenly impose a new religion on their kids without explanation is abusive enough. When combined with vague notions about the Lost Tribes of ancient Israel and the wearing of clothes that set us apart culturally while in the middle of puberty, it was a forced societal ostracism. Even still, I tried to live by these strictures. “Remember the Sabbath day and keep it holy.” Eat kosher food, don’t use Ivory soap, shop only at Black or Hebrew-Israelite stores, avoid “unclean issues of blood.” But the physical abuse and poverty that came with being a Hebrew-Israelite in the Judah ben Israel madhouse of contradictions at 616 made me despise anything involving Hebrew-Israelite pretty much for all time.

Fast-forward a few years to the early 1990s, to the rise of Afrocentricity and the Afrocentric ethos. After three and a half years of being around Hebrew-Israelites, these kente-cloth wearing fools made me weary more times than not of their exclusionary our-way-or-no-way Blackness. Molefi Asante and the late Frances Cress Welsing were just the tip of a much larger iceberg in search of revolutionary “authentic” Blackness. From the Afrocentric undergrads who hijacked the Black Action Society leadership at the University of Pittsburgh in 1991 to folks who picked arguments with me for “sounding White” while I was in grad school, I saw them the same way I saw my now idiot ex-stepfather and the obnoxious Estelle Abel from my high school days. They were well-meaning but stupid. As far as I was concerned, they thought that their words alone would foster a revolution, that being Black meant turning one’s back on the world while also indirectly embracing an ethnocentric capitalism. Or at least, a Black American collective individualism, otherwise known as an “Afrocentric cool.”  I could not, I would not, exchange one form of oppressive uplift in Hebrew-Israelites for the shiny fool’s gold that mostly represented the Afrocentrists.

The neo-Marxists I met in Pittsburgh throughout the 1990s were no better. For all their revolutionary rhetoric, theirs was a world of theoretical activism, of scholarly examples of past oppression. Most of them didn’t know poverty and didn’t comprehend oppression beyond their own limited experience. Most of all, they couldn’t find a connection between American racism and class oppression if I gave them an industrial strength magnet. The fact that most of them hadn’t read Franz Fanon, W. E. B. Du Bois, Eric Williams, C. L. R. James, Anna Julia Cooper, Zora Neale Hurston, Derrick Bell, Angela Davis — but could quote Karl Marx the way Hebrew-Israelites could quote the Torah and Afrocentrists could quote Asante and Welsing — I found troubling. That’s putting it nicely. I found it contemptuous that folks who didn’t know my experience or who would all but refuse to read folks who written about experiences like mine would expect my allegiance to an ideology that was never meant for people who look like me.

The evangelical Christian part of my life was literally the last of the major dogmas to go. It was the hardest for me because I literally had given my life to Jesus in the midst of the whole Hebrew-Israelite crisis, Easter Sunday ’84. With my Mom coming down the same path by the late-1980s, it made it easier to not interrogate my Christianity as thoroughly as I would excoriate Afrocentrists and Marxists in graduate classes and in articles and papers a decade later. But even at nineteen, I realized that the Van Impe’s weekly predictions of the Apocalypse were as ridiculous as Welsing’s exulting of the magical properties of melanin. Or, for that matter, a fake Balkis Makeda cautioning against the use of Ivory Soap among her Hebrew-Israelite flock because of a dream she had. 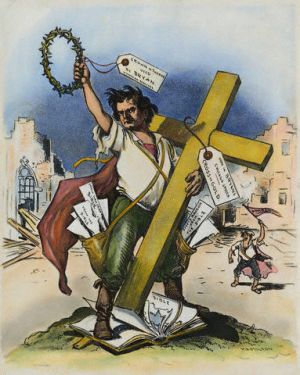 I went along to get along for years, until the hypocrisy of evangelical Christianity’s Gospel of Prosperity became too much. They took the metaphor of William Jennings Bryan’s cross of gold and actually went literal and nuclear with it. Somehow being Christian now meant blind patriotic allegiance to anything US and fully supporting capitalism, and yet an exclusionary separation between “true” evangelical Christians and the rest of the world. Especially on Rapture Day.

The last time I sat comfortably in a pew was in January ’97, although I’ve been to churches of various denominations dozens of times since. I still believe in Jesus, the life and the death and even the resurrection. But I don’t believe in most who claim to represent him, yet turn around and ignore the vulnerable standing right in front of them, making weak claims around individualism and poverty in the process.

In so many ways, evangelicals, Marxists, Afrocentrists, and Hebrew-Israelites are more alike than different. They all insist on a singular path, a quintessential truth. While some aspects of their thinking are appealing, I find accepting their bullshit in entirety poisonous to my spirit, mind, and gastrointestinal tract. There still may well be a revolution or even a rapture, but it won’t be because of any of these groups.