For so many things ideological in the US, there are more similarities than differences. That’s why the difference between most “liberals” and most “conservatives” is more issue-driven than an overall difference in philosophy or intellectual outlook.

On the issue of ideological altars, there are more similarities than differences as well. Democrats specifically — and leftists more broadly — often poke fun at conservatives and their constant invoking of Ronald Reagan as their intellectual guru and mascot. The idea that Reagan was a pro-life, anti-immigration and evangelical Christian conservative is as ludicrous as seeing Alexander the Great as a socialist muse. There’s no way that the once living-and-breathing Ronald Reagan would ever get along with most conservatives today, who tend to use his name in vain.

But if that’s true of American conservatives, many progressives are just as guilty, just as myopic, just as delusional. For them, though, their guru and intellectual Father has been Karl Marx (1818-1883), a Prussian-Jewish political philosopher and activist who found himself kicked out of Prussia, France, and Belgium before living out his final three decades in the UK. Of course, the father of Marxism makes sense, since class struggle has always been the very definition of being a progressive, a liberal, a leftist, no?

Well, class struggle has not always been at the center of being a leftist or a progressive. Standing against injustice and inequality, though, has. That is the distinction that most progressives — especially White progressives — all but refuse to make. Though Marx’s great intellectual and literary works were all about class struggle and the need to overthrow capitalism and return to the pre-classical, pre-imperialist days of communal living and economic equality, he left so much out. About the world outside of Europe, about slavery and women’s suffrage, about forms of inequality that weren’t just explained by human civilizations and class struggle. Not to mention, many of his predictions were just plain wrong. 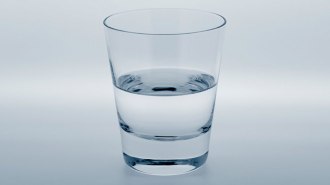 A question at the Society of U.S. Intellectual Historians Conference last week reminded me of this over-reliance on Marx. At a plenary session on progressive public intellectuals, a graduate student asked a question about Black public intellectuals (particularly the freshly ordained Ta-Nehisi Coates and others identified by Michael Eric Dyson in The New Republic earlier this fall) and some idea about the need to return to Marxism. If I’d been on the panel, I would’ve responded, “Why Marxism? Why is this the only choice progressives, liberals, and leftist believe they have?”

Marx and his -isms don’t speak to me. I never thought to worship at his altar. I’ve almost always found White progressive attempts to make me see systems of racial inequality and discrimination as all part of class struggle ridiculous. I never saw Marx as having an answer to issues like intersectionality and Black/Latino/APA feminism, or in dealing with cultural imperialism (which is embedded in Marx’s own writings) via multiculturalism.

Plus, why do progressives need a White guy born in the nineteenth century as their utopian guide toward a twenty-first century revolution, anyway? Anybody ever heard of W. E. B. Du Bois or bell hooks, Edward Said or Erykah Badu? At this point in my intellectual life, Baduizm, Saidism or Sonia Sanchez-ism all fit where I am much more than Karl Marx. For me, Marx is just as much a false idol as Ronald Reagan and Baal.