President Barack Obama ended his eighth and final State of the Union address in front of Congress and the nation last night with the words, “That’s why I stand here as confident as I have ever been that the state of the union is strong.” The president’s crescendo came after nearly fifteen minutes of describing the America that he sees and believes in. Obama illuminated individual examples of dedication and hard work and courage he has witnessed since he first began running for president in February 2007.

That President Obama chooses to look at his hundreds of — if not several thousand — examples of individual Americans striving for and maybe even achieving some sort of American Dream is admirable. But in light of the remaining 320 million Americans unaccounted for in his speech, the president’s speech isn’t an expression of optimism. President Obama has chosen the path of too many in power, to ignore how deep the wounds and injuries of the nation go, to fight what the US faces in terms of its cavernous and even cancerous problems with beliefs and limited actions. That’s not optimism. That’s both faith — albeit a bit misplaced — and blind devotion to an ideal that this America in 2016 has been moving away from for decades.

There are just a few examples from President Obama’s speech that point to a combination of near-religious faith and ostrich head-in-sand denial. Most notably:

The idea that the US economy has produced a net +14 million jobs since the day President Obama took office. That number is probably correct, but just like with all previous presidents since FDR, this number is hardly the whole story. Fact is, millions of Americans who lost their jobs during the Great Recession have yet to regain employment. Millions more have taken the jobs that the American economy creates the most frequently: low-wage, part-time, seasonal and/or contract work. And for those Americans who have been able to hold on to employment despite the Great Recession, their real wages are just in the last two years beginning to approach 2008 numbers. More importantly, their ability to move to a better or higher paying position has diminished since 2008, which is part of a four-decade-long trend. Yes, Americans should credit the Obama Administration for stanching the bleed from the femoral artery in 2009, 2010, and 2011. But the American economy still needs an arterial graft and a heart transplant. 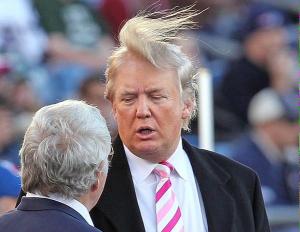 President Obama’s claim that Donald Trump’s anti-immigrant, anti-Latino, anti-Muslim, anti-Black, and anti-feminist populism is just “wrong” and “doesn’t represent our American values.” Trump’s campaign certainly doesn’t represent American ideals or visions of a “shining city upon a hill,” to quote the late former President Ronald Reagan from his 1984 campaign. But despite what Obama said last night, Trump and his supporters and potential voters are a strain of American values and politics that has always been, and perhaps always will be. Trump is very much exploiting a clear-eyed vision of America as a White (and male) Christian nation, one with automatic exclusions from the club of those not entitled to the American Dream socioeconomically, culturally, and even spiritually. While President Obama acknowledged this in his speech, he ignored the reality that this strain of -isms in American politics and culture remains powerful and needs to be fought, not just wished away with a more conciliatory vision of America.

The idea that a better statesman, that an all-time great president like FDR or Abraham Lincoln could have bridged the divide in Congress, with the Supreme Court, and in American politics in general. This is patently false and extremely tongue-in-cheek on President Obama’s part. His great-man-in-politics theme has actually grown tired over the course of the past nine years. For as great as both of those presidents were, President Franklin Roosevelt and President Lincoln presided over an America in def-con-one crises, before America was officially a superpower. As terrible as the Great Recession and its after-effects have been, as deplorable as American use of force in the Middle East, East Africa, and South Asia has been, the Civil War, the Great Depression and World War II were foundational periods of change. President Obama might not have been the GPAT (Greatest President of All-Time), but in an era of an oligarchic Congress and a plutocratic Supreme Court, he did as good as job as FDR and President Lincoln would have. It still wasn’t good enough, but not because President Obama wasn’t a great person or very good president. Americans needed someone willing to make radical changes, and not just a centrist committed to a grand vision of bipartisan compromise and slow, incremental changes.

I will definitely miss President Obama as my president when he relinquishes the office on Friday, January 20, 2017 at 12 noon. But I won’t miss his brand of optimism. For optimism that relies on falsehoods about America as a meritocracy, Americans as a tolerant people, and American imperialism as a force for good in the world isn’t optimism. It’s a fable more vast and more deadly than any the Grimm brothers could have written two hundred years ago.