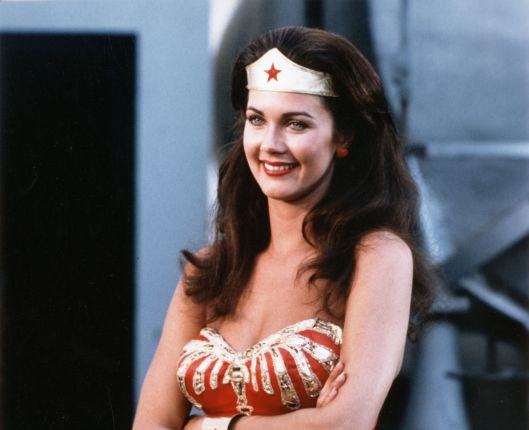 It’s been nearly four decades since my first teacher crush, maybe really, my only teacher crush. Of course there were a number of teachers I came to adore and love, but not in a child-like, puppy-love way. Ms. Griffin, Ms. Martino, Harold Meltzer, even that tough old bird in Mrs. O’Daniel (R.I.P.) were a few of my favorite teachers before college. (And as a professor, I do make the distinction between teachers and professors, since the former [mostly] work with students more closely, and at a more impressionable age.)

For me it was Mrs. Shannon and third grade at William H. Holmes Elementary, the 1977-78 school year. She was my real-life Wonder Woman, with none of the skills but all of the passion of that goofy ’70s show. Beyond that, she really set me on the path to make education my weapon, my equalizer, even though it would be years before I realized the untruth of this ideal for so many.

Third grade was my transition year from Nathan Hale to Holmes. The two elementary schools were at the opposite ends of Mount Vernon, with Nathan Hale on the predominantly Black and more impoverished South Side, and Holmes on the more middle class and Whiter North Side. Though one school veered toward Pelham and the other toward the Bronx, both were similarly composed of mostly Black and some Latino kids. Interestingly, Mostly White Traphagen ES was technically a closer walk than the seven blocks between 616 and Holmes, but the Board of Education cut off the neighborhood zone right at the northern corner of the East Lincoln-Sheridan Avenue intersection. 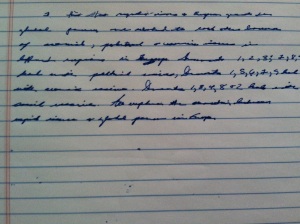 My pretend version of an introduction to a documents-based question essay for AP World History (in my best-worst handwriting), June 21, 2013. (Donald Earl Collins).

Despite this zoning, I lucked out. Mrs. Shannon was a young Black veteran teacher, probably between twenty-eight and thirty-three years old at the time. She was full of energy and ideas, and kept all of us on our toes. She even made my first grade teacher Ms. Griffin look lethargic by comparison (and Ms. Griffin was a bundle of energy herself!). She gave out tons of homework, drilled us on spelling, grammar, and all but beat my fingers with a ruler to improve my penmanship (my handwriting is still horrific).

In that year of learning about my new school, my new classmates, and my new neighborhood, I learned a lot from Mrs. Shannon. For one, I learned to read about more than Peanuts comic strips in short picture book form that year. I began to see books not as a burden, but as a window to new worlds, to worlds better than the one in which I lived. I learned, too, the power of multimedia. Mrs. Shannon used the latest in technology, the compact short film strip projector, to show us everything from current events to the rise and fall of ancient Mayan civilization. The screams that came from the tape recorder that came with the film strip made the fall of civilizations scary for me.

But really, after a year of unacknowledged abuse, Mom’s divorce from my dad, moving to 616, and a terrible teacher in Ms. Hirsch, I found myself healing a bit in Mrs. Shannon’s class. She actually hugged us, hugged me even, when it looked like we could use one. She was tough, though, too. I daydreamed so hard during one math lesson that I fell out of my desk chair. I ended up standing in the corner for fifteen minutes while balancing my textbook.

I daydreamed a lot in those days. I usually daydreamed about food, usually Hostess Suzy-Qs (back when they were made with lard) or what we’d have for dinner that evening. As the year progressed, a good portion of my daydreaming was about Mrs. Shannon. I was eight, so mostly it would have been about her face, her smile, her smell, maybe a kiss here, or a hug there. (Back then, I even loved the smell of her lunches, which mostly comprised of cans of tuna fish with the occasional crackers.) She would get frustrated with me, too, because I coasted for most of the year with B’s and C+’s. Mrs. Shannon asked me one, “What are you daydreaming about?” There was no way I could say, “Why, you of course!” 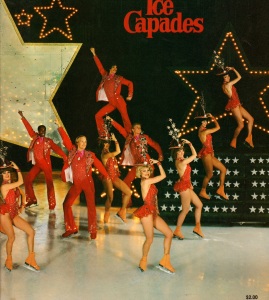 Still, without Mrs. Shannon, Mom doesn’t go out and spend $300 on the ’78 edition of the World Book Encyclopedia. It was the path that led to my cosmic leap of academic development and use of near photographic memory power. With Mrs. Shannon, I saw the world beyond Mount Vernon and 1978. I could see New York beyond subway and Metro-North rides with my drunk father. I went to the Statue of Liberty and to Madison Square Garden for Ice Capades with her. Without Mrs. Shannon, I wouldn’t have recognized that I had within me any intellectual capabilities to develop. Without Mrs. Shannon, the lessons I barely knew I learned — from Roots to multiplication tables — would have disappeared from my memories.

By the end of third grade, I didn’t want to go to fourth grade and Holmes’ second floor, where the fourth, fifth, and sixth grade classrooms were. I felt like I would never see Mrs. Shannon again. On my way out of her classroom, I gave her one last hug, while she reminded me that I could “always do better” academically. I went home that morning, went into the bedroom I shared with my older brother Darren, and walked into our small walk-in closet. Once there, I shut the door, and cried like a little baby for at least a half hour. The good news was, no one was home that Friday. I cried as if I’d never see Mrs. Shannon again, even though I knew I would. That was thirty-eight years ago this week.