Twenty-five years ago on this date, I made a most important educational decision. Despite my fears, my mother’s misgivings and my former Humanities classmates’ mockery, I changed my major from Computer Science to History. I’d been thinking about making this change since the middle of my first semester at Pitt, but decided against it at first because I knew that it wouldn’t be easy to make enough money to live on as someone with only a bachelor’s degree in History. Luckily my former TA Paul Riggs, a grad student in the History Department at Pitt, helped a lot in convincing me to “follow my heart,” as he put it. It was my third semester, my sophomore year, when I finally had the guts to come out of the closet academically.

The semester went well despite my five days of homelessness and the two months of financial strife that followed. It turned on another nail in my upbringing’s coffin. In addition to Biology, Psych 101, and General Writing, I was taking History of Art and Assembly Language, the last as part of my Computer Science major. Playing around with codes that related to “011000100101010000010” all the time drove me out of my mind with frustration. It was after our first major programming assignment that I recognized the problem. “I’m going to school for Mom and not for me,” I said to myself one late evening after running the debugger software at my CIS job. I had a major decision to make.

On the eighteenth of October, I went to the College of Arts and Sciences office on the eighth floor of Cathedral and changed my major to History. I then walked to Thackeray and withdrew from my Assembly Language course. Boy, did that feel good!

Then I called Mom from William Pitt Union to tell her my good news. She was completely quiet for a good ten seconds.

“What are you gonna do with a degree in history?,” she asked with shock in her voice.

“I don’t know yet, Mom, I don’t know. But I do know that I’ll graduate if I major in something I love.”

“All right, are you sure?,” Mom asked more directly. She already knew I was. 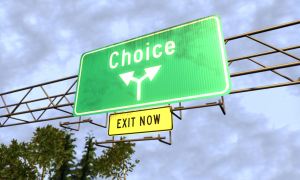 Looking back, it was probably the best academic decision I made while I was an undergrad at Pitt. My mood, my approach to life, my thinking of the future, all changed that semester. I could’ve easily majored in English writing or Psychology, given the way I see myself now.

But that’s what made majoring in History a wonderful experience. Studying history involved multiple disciplines for me. A great knowledge of history was much more than dates, names and events. It was about understanding the human condition, our attempts at greatness, our exhibition of behaviors that would be considered savage by savages. The ability to write about and analyze critical issues in American and other histories, including apartheid and slavery in South Africa, Latin American revolutions, and the resegregation of Pittsburgh Public Schools through magnet schools. Not to mention looking at the writings of other historians and other scholars in other fields. Most of all, I learned a lot about myself in the process of following a part of my passion.

Still, there were and are practical issues in pursuing a major that doesn’t have a direct relationship to jobs on the job market. I didn’t want to teach high school, and I needed to go to grad school if I wanted to be a professor or scholar. Having come through on the other side, I can say that I learned how to have fun while learning again. That’s what undergrad is for, after all, as the average student changes their major three times in five years. If I had figured out how I was a writer first and a historian second, I would’ve done something different for my master’s degree. But with my major in history, I wouldn’t change a thing.

It’s after finishing my history degree at Pitt in ’91 where, looking back, I’d make a few changes. A master’s degree in education or psychology — not so bad. A PhD in education policy & foundations would’ve likely been a better choice in terms of making my career transitions smoother. I would’ve figured out that I wanted to write Boy @ The Window much sooner than the end of ’02. This is what makes life interesting, though. So many twists and turns, so many times to embrace change, especially if it is for the better.