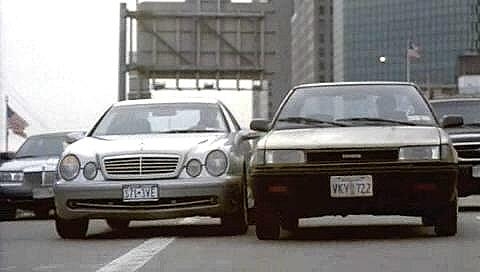 Part of the problem of being me is the fact that my close friends change as I change. Meaning that there have been transitional periods throughout my life that my old friends fall away. Oftentimes I make new ones, and sometimes, like during my six years in Humanities, my best friend was my imagination. Ironically, the best friendship I had from my Humanities days came with a classmate that I hadn’t become close to until my last couple of years at Mount Vernon High School. More ironically, that friendship didn’t truly become such until we both went away for college in ’87.

I’ve written about her before, the valedictorian of my class, whom I called “V” in a previous post (see Valedictorian Blues from July ’09). To be honest, I’m not sure how our acquaintanceship ever became a friendship. Somewhere between having circumstances in which our fathers weren’t around consistently, or at least being able to relate to Billy Joel, or both of us scoring “5”s on the AP US History exam.

But really, it might’ve just come down to both of us not belonging, or facing a small degree of ostracism from our Humanities and MVHS classmates overall. I wasn’t Black and cool enough, and V, well, she was a classic White nerd, a grinder who had the gall to finish ahead of our Black male salutatorian, at least from the perspective of some authority figures and the school’s popular crowd.

The fact that we went our respective ways, to Pitt and Johns Hopkins, helped. The fact that we wrote each other about some of our social triumphs and challenges helped more. Most importantly, it helped a lot that we both were more honest about our family troubles. Everything from my mother’s need to divorce my idiot stepfather and the issues with my younger siblings to V’s mother and her health issues and struggling with burnout trying to watch over her family while going to school.

So, by the time I began my second year of grad school, we’d become fairly close. I visited her and her family in the DC area eight times during the ’90s, and went to her mother’s funeral and wake in ’96. V came to my PhD graduation ceremony the following year. By ’97, me and V had been friends for ten years, and known each other more than fifteen. For more than six years, she’d really been the only person from my Humanities and high school days with whom I’d been in regular contact.

Who knew that within four years of marching for my doctorate that our friendship would become a distant one? I think that our approaches to life was so different that we couldn’t help but become distant friends. I am one who refuses to take life on its own terms. If I had taken V’s approach, I’d still be living in Mount Vernon, New York, only with a nine-dollar-an-hour job sorting mail or flipping carcinogenic burgers. V’s was based on some sort of realism that mixed with a sense of eugenic inevitability. That one’s slot in life should remain such, and if one does make it, one must do so without ruffling any feathers.

Besides that, it was obvious that things about who we had been since the early ’80s had evolved, and was changing even more rapidly as we reached our late twenties. I was no longer the blank-faced, closed-mouthed, socially-awkward kid I was in ’82. V was no longer responsible for watching over her mother and her younger sister. We agreed to disagree on so many things. Our politics diverged. Our views on race and racism were growing further apart, as if I was Michael Eric Dyson and she was Ann Coulter.

But even with all of that, I think the seeds of it began when I started dating my future wife at the end of ’95. Something about being in a serious relationship has changed the dynamics of every friendship I had then and have now. I never thought that my friendship with V would be affected. But of course it was. We live in a world where a man and a woman can’t be close friends without it being made into something more than friendship.

Like the seasons, people change, and even if they change for the better, our change will cause our friendships to change as well. It’s just too bad that V couldn’t adapt to all of the good changes in my life like I adapted to hers.