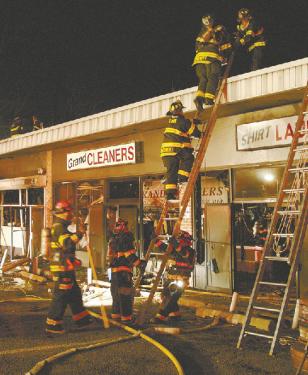 As most folks who aren’t Black males have learned in the past couple of months, part of our collective coming-of-age story involves this sordid and cruel rite of passage to manhood. One in which people we’ve known since childhood suddenly start to treat us as if we’ve committed a crime or an unpardonable sin. No matter how smart, how tall or short, how athletic or waif-like, this ritual has continued unabated in American culture for as long as there have been free Black males living their lives.

My whole year between my seventeenth and eighteenth birthday in ’87 was like that. Between a crossing guard I’d know since third grade, some of my classmates, my idiot Mount Vernon High School principal, the late Richard Capozzola (see post “Capo, Mi Capo” from September ’09) and Tower Records (see my post “Why Black Men Carry A Public Anger” from March ’12). I was constantly shown through their eyes how my man-sized Black body was a threat to them.

One of the bigger kickers that year was an incident at the former Pelham, New York mini-mart Milk-n-Things. It was in a strip mall across the street from a Mobil gas station, off a Hutchinson River Parkway exit, just across the bridge on East Lincoln connecting Mount Vernon to Pelham. The store was two doors down from the laundromat in which we washed our clothes every week (or just about) between ’78 and ’87, and next to Hutchinson Elementary School and Pelham Library.

I’d been shopping there on my own since ’77, before I’d started third grade. Over the years, I’d gotten used to the smell of cheap cologne, the noise of broken Italian and Brooklyn-ese as spoken by the Hair Club for Couples, the people who owned Milk-n-Things. Not to mention their love of all things from the ’50s, especially with a gigantic picture of Frank Sinatra on the wall that greeted customers upon entrance. By the time I was fourteen, it dawned on me that these folks may have been mobbed up, but what did that matter to me?

Then one day in April ’87, the Italian folks who owned Milk-n-Things reacted to me as if they’d never seen me before. As usual, I went there to buy a few groceries late in the evening, somewhere around 9 pm, when C-Town had already closed. Milk, eggs and butter were among the things I planned to buy. When I got to the counter, the old Italian lady said, “I got you on camera.”

“On camera doing what?,” I asked without thinking.

“You know whatcha been up to. I got you stealing, thief,” she said as if she had another word in mind.

“There’s no way you could have me on camera. You might have someone else on camera, but I know I haven’t stolen a thing,” I said, as I felt both hurt and rage coming out of me.

“Get out of my store now before I call the cops!,” the woman yelled.

I left the groceries and took back my money, feeling persecuted. This was a store I’d been shopping at for ten years. Now this Frank Sinatra-worshiping bitch has the nerve to accuse me of stealing right out of the blue? “Fine,” I thought. “You’re not getting another dime of my money.” That was the last time I shopped there.

I actually didn’t step foot into the space again until ’06, during a Thanksgiving visit with family. By that time, it was no longer Milk-n-Things, and the Italians who owned the place had long since moved away. I went in, realized they had nothing I wanted, and left. No one walked up to me to check my pockets as I walked out. I was mildly surprised.