There are so many things I could say about Richie Incognito and the vocal group of Miami Dolphins and ex-NFL players who’ve been supporting him versus Jonathan Martin over the past six days. That NFL players are Neanderthals. Or that Black players and ex-players like Cris Carter, Warren Sapp and Ricky Williams need their own education on what is and isn’t racism or harassment. Or that ESPN and the NFL Network have pushed this story without bringing a more critical lens to it.

There are two points that emerged this week, though, that bother me more than anything else. The idea that Incognito is more “Black” than Martin. Because Martin doesn’t sound “Black,” doesn’t act out of willful stupidity like “Black” NFL players, because he’s biracial, because he attended Stanford University, because his parents are Ivy League-educated. Last I checked, on and off the field, Martin’s treated as Black, regardless of his “unique” background. And Incognito’s still a White guy, one that threatened his teammate and his family, calling him the N-word on and off the field. Aside from the fact that the idea of a White guy being an “honorary Black” guy is offensive in general (see Maya Angelou’s idiotic praise of neo-conservative President Bill Clinton as “our first Black President” for Exhibit A) there’s this reality. No matter how “Black” Incognito can allegedly act, it’s an act, one which comes out of his Whiteness, and with it, an ultimate sense of cultural superiority.

The other equally disturbing point is that because the NFL locker room is a unique place of hyper-masculinity, that what goes on there isn’t subject to public scrutiny. If that’s the case, why not go back to the days of alcohol in the locker room, where players could shoot up steroids and amphetamines? Or have strippers and groupies in the locker room as well? The NFL locker room, like other work sites, is not a static place, but an evolving one. If it wasn’t, then seventy to eighty percent of the players in it these days wouldn’t be Black, Latino or Samoan. It’s a stupid argument, one exactly like those made by NYPD and LAPD officers, construction workers and White supremacists.

Luckily, there are players and ex-players like Brandon Marshall and Mark Schlereth whose understanding of and sensitivity toward this issue has been exemplary. They are in the minority among the professional athlete and sports world set so far, unfortunately. Martin’s former teammates have unified in their portrayal of him as a villain and traitor and Incognito as the “real nigga” on the football field and in the locker room.

The reason for this should be obvious, at least for those of us with either uncommon sense or with a social justice core. Humanity apparently has no place in the world of sports, especially in football and even more specifically where Black football players are concerned. For owners, front office managers and fans alike, they are merely commodities. Ones that all often criticized for or envied over their salaries and torn down publicly for their sins and crimes. The players and ex-players see themselves as warriors and gladiators, or, in the case of the media savvy, as cut-throat businessmen. None of this allows for any sympathy or empathy for football players who have been genuinely harassed or abused. 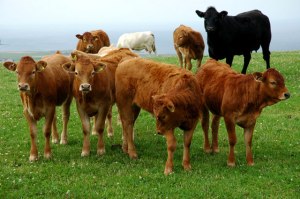 It has meant that players like Incognito — or in previous generations, Michael Westbrook and Bill Romanowski — have fellow players willing to stand up for their criminal behavior, for in fact creating a hostile work environment. Players who suddenly respond like human beings to a dehumanizing workplace have found and do find themselves shunned by the fraternity. And to quit and air out the dirty laundry? It may well be easier to quit La Cosa Nostra and continue to live than it has been for Martin to quit the Miami Dolphins.

I, for one, don’t expect NFL locker rooms to change as a result of the ongoing investigation of Martin’s harassment allegations, no matter how true they may actually be. But I do suspect that even in the Dolphins’ locker room, there are players who haven’t forgotten their humanity, whose understanding of race and masculinity goes beyond a rap video or the N-word. At the very least, there will be much more to come in the form of dirty laundry, and not just from the Dolphins, either.