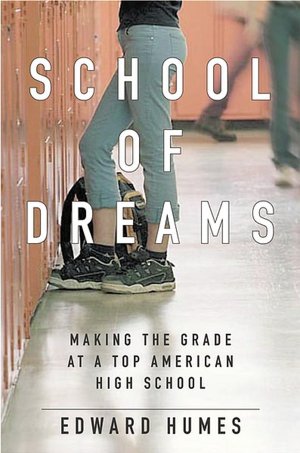 Yesterday was the thirty-first anniversary of my first day of seventh grade at A.B. Davis Middle School, my first day in a six-year slog in Mount Vernon public schools’ Humanities Program. The academic pressures that came with being part of a gifted-talented track magnet program were such that the lessons I learned during those years remain with me to this day. The unique lessons about who I was and whom I wanted and needed to become, though, are the kinds of lessons reserved for a memoir, like, say, Boy @ The Window.

But there are other lessons, other issues that anyone who has gone through such a program, is in one, or has kids in one, should heed. Perhaps the best book I’ve ever read about the experiences of high ability students in a gifted track middle or high school has been Edward Humes’ School of Dreams: Making the Grade at a Top American High School (2003). Despite some of the flaws in the Pulitzer-Prize winning journalist and author’s account covering a year in the life of Whitney High School in Cerritos, California, this is a book I’d use in many of my future graduate seminars in US educational history.

A particularly poignant passage was where Humes wrote, the “combination of a school built upon high expectations and a student population whose dominant culture elevates learning to a high priority—and hard work in school to an absolute necessity—makes for a kind of education echo chamber” (p. 340). Humes meant this as a positive comment on the academic culture of a public high school in Southern California.  But it also reflected a constant tension between learning and zero-sum competition.

Humes somehow doesn’t fully take stock of this tension beyond the context of the high school in which he embedded himself in 2000-01. There were stories, disheartening stories about seventh graders hitting up Starbucks for coffee before school, during lunch and after school to stay awake. Of parents who shunned their kids’ artistic talent and aspirations in their quest to ensure they earned a degree in a STEM (science, technology, engineering, mathematics) field. Of students taking as many as six AP (Advanced Placement) courses in a single school year, or colluding to cheat on a calculus or physics exam when the pace of study and testing proved to be too much.

Yes, despite this, Whitney has produced thousands of elite college-goers, and 4.0 is the standard, not the exception, that its students shoot for. But now, in an age in which high-stakes testing is the norm, what’s the social and psychological message that we’re communicating to the current crop of K-12 students in the US today?

For me, the best way to answer this question is to look back on my own experience and the experiences of my former Humanities classmates. Based on my own writings and findings, there’s plenty of evidence that intensive academic rigor and competition — like intensive athletic training and competition — will produce excellent students well prepared for college, but not necessarily well prepared for life. Many of my former Humanities classmates (and many of the students Humes tracked and interviewed for School of Dreams) were socially inept, put themselves under constant stress (not to mention experiencing psychological pressures from each other, their parents and teachers) and lacked the deeper critical reasoning skills necessary to make college a worthwhile experience.

The students had a “cram-and-exam” methodology to learning, spending hours learning techniques and concepts and little time in applying them beyond the classroom in the vast majority of their subjects. Often when students discovered a new talent, particularly in writing, the arts or in music, many of their parents pounced into action to admonish teachers for encouraging these developments or to force their kids into their way of thinking about their future. Bottom line: while many of these high-achievers were willing to slit each others’ throats for an A, an AP “5” or an SAT 1600, they hadn’t really made up their minds about who they wanted to be, the talents they wanted to explore, or the world in which they wanted to live. 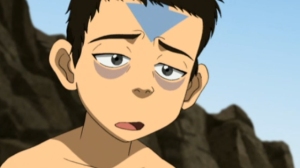 When I first read Humes’ School of Dreams nine years ago, it forced me to think about these parallels. I realized that if Starbucks was within a mile of either A.B. Davis Middle or Mount Vernon High School in the ’80s, our class alone would’ve spent about $160,000 a year there on coffee and pastries. That most of us were sane enough to only take three or four AP courses my senior year. That our standard for a minimally acceptable SAT score was a 1200. That, instead of kids crying or running away from home for two days over a B, attempted suicides or a turn to crystal meth would’ve been more common. I guess by Whitney’s standards, we would’ve been slackers.

Still, more than a quarter-century since my last Humanities course, with tighter budgets and far more high-stakes testing (see the correlation?), the crush of intense academic competition has made our public schools a poor place for polishing students into well-adjusted young adults. Yes, I know that this is primarily a parent’s responsibility. But then again, public schools are meant to be far more than an octagon ring with No. 2 pencils.