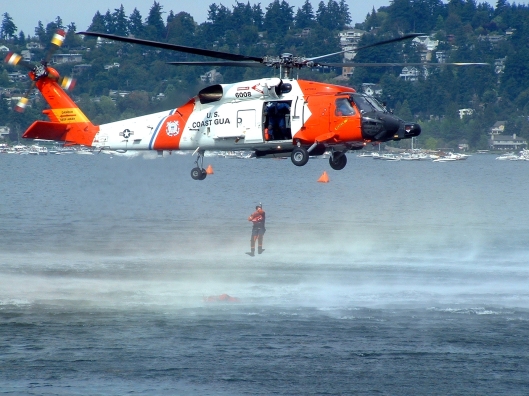 Thirty years ago this week was the beginning of my second relationship with my father Jimme, brought on by the desperate need for money and material support as the Hebrew-Israelite world of 616 was swirling down the proverbial toilet. Our “fiscal cliff” was more like Felix Baumgartner jumping off a balloon into Jupiter’s atmosphere without a parachute (see my posts “The Quest For Work, Past and Present” from August ’12 and “Pregnant Pauses” from earlier this month). This was the determined teenager me, one with a smart mouth and a firm adult sense of pragmatism, trumping any shame or embarrassment I would’ve felt even four months earlier. As I’ve written in Boy @ The Window:

“It was time to do something desperate. We needed money just to eat bread and water, and the water was free. We hadn’t done a full clothes wash since the beginning of September. Me and Darren both needed a new pair of sneakers about every other month. The ones I had were forming holes on the sides and bottoms.

So I turned to Jimme. Mom was always complaining that he didn’t pay child support anyway. And I knew where he lived now. It was 153 South Tenth, not far from the East 241st Street station in the Bronx, the end of the line on the Subway’s 2 and 5 lines running from Brooklyn and Manhattan. There were a bunch of watering holes nearby. 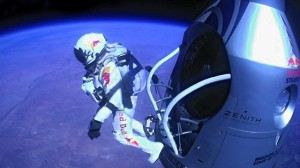 Felix Baumgartner of Austria as he jumps out of the capsule during final manned flight, October 14, 2012. (AP Photo via Red Bull Stratos)

I’d actually started going over to Jimme’s in August, a consequence of my first long walks through Mount Vernon and Southern Westchester County. But this was different. I was going to Jimme’s for money and sneakers. I decided to wait for him at the 241st Street stop after school one Friday at the end of October, figuring I’d catch him just before he started his weekly drinking ritual.

Unbelievably, my first idea for tracking Jimme down worked! I caught Jimme coming down the rickety Subway steps, completely shocked by seeing me there.

“We need money, and I need some sneakers.”

“Why don’ you aks Maurice for them?”

“’Cause you’re my father and you haven’t been paying any child support. If you had, I wouldn’t be here!”

With that, Jimme laughed and shook his head. Of course he was also mad. I was in the way of him gettin’ his “pep-up,” virtually anything with alcohol in it.

“Bo’, what I’m gonna do wit’ you? You got me,” he said. I negotiated fifty dollars from him. He promised to get me some sneaks.

The following Tuesday, I went over to his place. Not only did I get my sneakers, a pair of size eleven-and-a-half Nike walking sneaks. I got a brown Members Only jacket to boot. I could tell, though, that they once belonged to someone else. Still a bit hung over, Jimme said, “Man, lo’ at all dese suits! You gotta lo’ like a big shot when you work in the city.” The suits were too big and a bit mismatched. I was just relieved that Jimme cared enough about my feet to get me the right size. 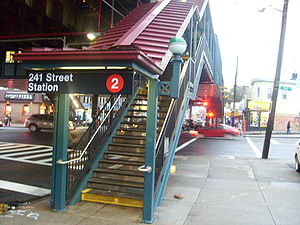 Darren would usually come with me on what gradually became our weekly hike from the land of 616 to the near Bronx and the city. Jimme being Jimme, he would grab me by one hand while giving me the money and put his left arm around my shoulder, whispering in my right ear, “Don’ give Darren nothin’,” or “You keep fitty for yo’self an’ give Darren ten.” “You a Collins, don’ be sharin’ nothin’ wit’ them Gills,” he’d often say.

I almost always broke with Jimme around this. Yes, Darren often was a selfish goofball and my 616 family was just a step or two above total chaos. Yet I couldn’t go to eat at a good pizza shop with Jimme and Darren and let them subsist on bread, water and milk. I couldn’t watch them run around in graying underwear and just wash my own clothes. Not as hard as Mom worked, not as long as I lived there. I wanted to help as much as I could and still take care of my needs.

Jimme knew I was helping out at 616 too. So he would say things like “Don’ be givin’ your motha my money. Those ain’t my kids. Dis jus’ for you and Darren.” Or “Don’ give them muddafuccas nothin’,” which would start a brief argument between me and him about the needs of innocent children. Even with that and his drunken ups and downs, Jimme helped save the day for us and me as we plunged into the watery abyss of welfare poverty.”