I’ve told the story of how my imaginative version of Peanuts Land began, in the wake of my six weeks of punishment for running away from home the month of my ninth birthday in December 1978. The inclusion of so many World Book Encyclopedia and Scholastic Weekly Reader facts to create this alternate reality, one in which Charlie Brown was very much of flesh and bone. The creation of a utopia with few of the world’s deeply entrenched problems, one in which nuclear war wasn’t a worry. From roughly January 1979 until August 1981, I continued building on my knowledge of history, technology, geography, topography, economics, sociology, psychology, sexuality, and militarism to construct this land that never was and never will be.

This was also a time, though, in which my older brother Darren and I read comics. The Marvel and DC universes were a part of my reading in 1980 and 1981 as well. Whether it was Justice League or Spider-Man or The Incredible Hulk or The Avengers, all of them gave me ideas for potential bad guys to have on the streets of Peanuts Land City (the chief of police in this scenario was Snoopy, by the way), or enemies for Peanuts Land’s military to fight.

That world of child-like imagination with real world and comic book elements got warped like a vinyl album on a hot radiator the summer of ’82. Maurice beating me up or whuppin’ my ass once every three days between July 6 and August 1 might have had something to do with the rage and loss of any sense of control I had during my summer of abuse. My mom’s role as strikebreaker at Mount Vernon Hospital in the middle of all that abuse didn’t help. Nor did the weeks throughout July where my toddler siblings had more food to eat than me or my mom.

But that wasn’t all. One day, in between my idiot stepfather’s beatdowns, I had come from the store with a small bag of groceries. This time around, instead of walking up the fourth flights of stairs to our 616 apartment, I took the elevator. 616’s A-section elevator was and remains one of the slowest and noisiest elevators I’ve ever ridden. Guys pissed on its floor regularly. I’d seen everything from cigarette butts to dog shit on this elevator over the years. As a result, I only took this elevator whenever the groceries had gotten to be too heavy or because I was simply too tired to walk up the stairs yet again. 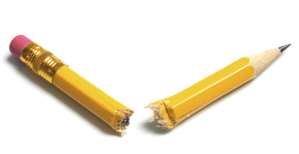 On this day near the end of my ordeals with Maurice, a teenage neighbor from across the hall from our third-floor flat joined me on the elevator on the first floor. As soon as the elevator door closed, she pushed me up against the elevator’s back wall and then attempted to reach into my pants for my penis. I dropped the groceries, and with my right hand, grabbed her arm while shoving her to the other side of the elevator with my left arm in a criss-cross sort of motion. It didn’t dawn on me until that moment that I was now a few inches taller than her. She couldn’t have been more than five-foot-four at the time.

“What are you doing?,” I remember yelling, just as the elevator reached the third floor.

“I was just playin’. Why you gotta be a faggot?,” I remember her responding with her fake grin.

I was already emotionally out of sorts. But this was a neighbor, someone I actually did find attractive. She was either sixteen or seventeen at the time, and I was twelve. As a result of the spring that was all about Wendy, I really didn’t find anyone even emotionally arousing. Sexual arousal was so new to me I couldn’t have described it in 1982 if the dictionary definition had been stamped on my penis.

So I did what I always did when I got really, really stressed, at least since I was three. I went into my and Darren’s bedroom, with my idiot stepfather snoring away, my mom at work, Darren in summer camp, and my younger siblings taking afternoon naps, and I humped a pillow. In this case, Darren’s brown stop-light pillow, one that he had made in art class at The Clear View School a year or two before. Except, for the second time in eight months, instead of stopping because I simply tired out, semen shot out unexpectedly from my penis, and onto the side of Darren’s artwork. Boy did I do my best to clean up the pillow, at least this time around!

Out of that experience came my last Peanuts Land run. Off and on over the next three weeks, I had created a story in which a serial rapist was on the loose. The rapist was a Black woman, an older version of my 616 neighbor. She raped men at gun point or knife point. Her signature was her super-powered vagina (think She-Hulk here). When she sensed physical arousal from the men after she forced them to penetrate her, she used her vaginal muscles to rip off their penises. A number of the men she raped had bled to death as a result. 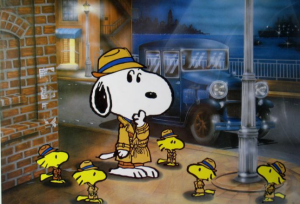 Despite weeks of searching Peanuts Land’s capital, Snoopy and an army of police couldn’t find the rapist. She managed to get away with killing at least a dozen men in this way.

By the time I reached the end of this story, I was in trouble again, this time with my mom. The stuffing from Darren’s stop-light pillow had started spilling out, with big rifts in at least two places. Between that and the damage from me drowning it in water to wipe up my semen stains, I’d ruined Darren’s artwork. Of course I got an ass-whuppin’! Compared to Maurice, my mom’s use of the belt might as well have been a compassionate smack on the butt for a two-year old, though.

After that, I decided to give up Peanuts Land once and for all. Even then, I knew I wanted to slice my stepfather’s balls off, and that I despised the fact that felt any attraction to anyone besides Wendy at all. Especially to someone willing to molest a preteen.

Looking even further back, I know now that some of my reaction was a residue of the sexual assault I experienced when I was six. But since that memory was a buried jumble in the summer of ’82, all I could think of to do was to do a better job of hiding my masturbatory episodes in the future.

Being poor isn’t just a relative thing or simply a state of material lack. It can be measured by far more than the amount of money in someone’s savings account or by the gut-wrenching feeling at the bottom of one’s stomach when it’s time to choose between the telephone bill and the electric bill. Beyond the material and the emotional, the relative state between a lack of money and a lack of a spiritual center isn’t completely measurable. But, poverty, in its most general, community, and familial sense, can be experienced through all five of our physical senses.

1. Smell — This is perhaps the most powerful sense of poverty for any of us. Stairwell in project high-rises full of garbage. The tell-tale scent of overused cooking grease in an apartment or other impoverished living space. The odor of rotting animal flesh, of expelled farts, of roach spray and borax and cheap pine oil. The smell of clothes that have been exposed to all of these smells. Or,

better still, a smell of lingering cooking oil from frying chicken the night before, combined with the body odor and sweat of numerous people, combined with basura and excrement. Not to mention the release of flatulence and the drawing in of exhaust fumes from the outside world by fans running on high because of the lack of air conditioning.  There isn’t enough Febreeze in the world to cover up the smell of poverty.

2. Sight — We can all be fooled by what we see with our own eyes. At least by all but the poorest of the poor in the world and in the US. But children and their faces tell the truth of their lot in life more than any pair of Jordans or dress clothes can hide. The tired, almost dead looks of children, whether in the Bronx or in Burkina Faso. Their eyes detail a sense of hopelessness, a momentary glance that gives away their suspicion that there is no future for which they should be ready for. Of course, there are more commonplace signs around us. Homeless folk in their old, wrinkled, tattered, oily, soiled clothes, with aluminum cans and liter soda bottles in beat-up shopping carts. Women and children looking a bit older than the few years they’ve spent in this world. Unkempt hair, chipped and worn fingernails, dirty faces in public places, can all be signs. But the eyes are the key window into someone else’s poverty.

3. Hearing — The sound of poverty is deafening. It cannot be hidden by clothes, nor covered up by an aerosol can. Take any urban community in which poverty has taken a firm grip. The sounds of living have been disrupted. Adults are out and about, conversing and cursing, foaming and fighting in the middle of the day, the time in which they should be hard at work, in an office or factory or somewhere else. The cries of children out with their mothers at all hours of the night. The constant beeping of cars, the sirens of ambulances and police cars, the screams of mothers, fathers and siblings at hours well past club-closing times. Poverty disables the need for a schedule, the need for a bedtime and a wake-up time, for a rhythm that requires sleep and renewal.

4. Taste & Touch — Though underappreciated, these senses can also be used to deduce poverty, or at least, the lack of things. Taste and smell go together, so many of the smells of poverty find their way to the taste buds on our tongues. The taste of bile, of acid reflux, even of blood usually come with the violent smells of being in an impoverished environment. The rough touch of clothes unwashed, or at least, washed in hard water and without fabric softener, is another indication.

But there’s also the lack of variety that’s typical of being poor that are told to us by taste and touch. Eating almost nothing but processed foods, fast food, or aid food, and the tongue becomes as a dull knife, unable to appreciate the subtle differences between onion and garlic, or the more distinctive flavors of paprika, nutmeg or cinnamon. Wearing nothing but hand-me-downs or hip-hop gear makes one’s sense of touch as rough as a jagged boulder, as unfeeling as stainless steel. Even a close hug in this kind of environment can be jolting and disconcerting.

Through our five senses, it becomes easier to understand why fighting our way out of poverty is so difficult, why being poor can disable and debilitate so many. That so many don’t have to breathe, taste, hear or touch it is the very reason why so many of us don’t understand it.