A young African American woman refuses to leave her seat. Authority figures arrive to demand that she leaves. She refuses again. One authority charged with “upholding the law” then picks the young woman up and drags her from her seat. But this isn’t Spring Valley High School near Columbia, South Carolina. Nor is it 2015. This incident involved the anti-lynching journalist Ida B. Wells, who sat in a first-class ladies car on the segregated Memphis and Charleston Railroad train rolling through Tennessee. It occurred on May 4, 1884. Except it was three White men, who dragged and threw the then not-quite-twenty-two year-old off the train for refusing to give up a seat she paid for.

Just like with the Black teenager whom Ben Fields assaulted in the name of the law, I’m sure one of the things Wells might have thought was, “This is 1884. Why is this still happening?” The circumstances that led to both incidents were obviously different, but the racism that led to these violent responses was not.

With all that has occurred to break the illusion that Americans live in a twenty-first-century, post-racial utopia, Americans still bring up the times in which we live whenever racism rears its ugly head. Whether it’s the NYPD tackling ex-tennis star James Blake in September, the Black teenager at Spring Valley HS in October, or the responses to Black students at the University of Missouri or Yale in the past week, the need for temporal incredulousness is often present in the midst of these racist incidents. “You would think at some point they would get the memo that this isn’t okay, but it seems that there’s no stopping it,” Blake said after the incident with Officer James Frascatore.

At what point or time? As if saying “Why is this happening in 2015?” has anything to do with bringing systemic, institutional, individual, and internalized racism to an end. If there had been truth and reconciliation commissions at the end of Jim Crow in the South in the 1960s and 1970s, maybe then Americans can quote the year as evidence of irrational racial dissonance. If the federal government had provided reparations after Emancipation in 1865 or after Congress passed the Civil Rights Act of 1964, perhaps then what year this is would matter. Racism and racists have never cared about the year or the supposedly multicultural, progressive times in which Americans lived.

Before his death in 1915, Tuskegee Institute founder Booker T. Washington experienced something all too many Americans of color face year after year. Washington delivered two speeches at churches in Manhattan on Sunday, March 19, 1911. That same evening, Washington went to an apartment building on West 63rd Street near Central Park, allegedly to meet up with a friend of his accountant on business. After attempting to find this mystery person at the building twice, Henry Ulrich, a 40-year-old White male, confronted Washington and punched him in the head. A White bystander handed Ulrich a walking stick and together, the two men chased Washington toward Central Park, hitting him with the stick on his head and face at least a dozen times. It wasn’t until Washington fell into the arms of NYPD Officer Chester Hagan, at a southwest entrance to Central Park, that the attack came to an end. After his initial arrest, Washington produced his identification papers. Only then was he released, allowed to press charges against Ulrich, and taken to a hospital to get 16 stitches and recover from his head bashing.

Despite having the support of Andrew Carnegie, former New York City mayor Seth Low and President William Taft, Washington’s assault charge was destined to fail. The New York and national press — yellow journalism at its best in 1911 — tried Washington on their front pages from March 20 on. Laura Alverez did a wonderful job in misrepresenting herself as “Mrs. Ulrich” in defense of her paramour at the trial. Alverez accused Washington of saying, “Hello, Sweetheart” to her — a dog whistle back then for the ultimate taboo of interracial sex — when Washington was outside the apartment building. Two of the three judges voted on Monday, November 6, 1911, to acquit Ulrich of the assault charge, news the national press gleefully reported. Among them was the Morning Oregonian, which had “‘Beating Up’ Darky Brings No Punishment to Man” as part of its headline.

All this took its toll on an already sick 55-year-old Washington, a man already suffering from hypertension and high-blood pressure. The result was a physically and emotionally diminished Washington after 1911. Booker T. Washington died on November 16, 1915. The power Washington had exercised as an advisor to Presidents Theodore Roosevelt and Taft and as a racial accommodationist (some would say, an apologist) who befriended White philanthropists, it didn’t matter. His poor health may have been the symptom, but racism in all its forms was the ultimate cause.

It does not matter what year it is. Racists don’t care. It doesn’t matter if African Americans and White progressives hold die-ins in Ferguson, Cleveland and New York. Blacks and other people of color don’t have the same right to breathe without a racist’s say-so. It doesn’t matter if respectable Blacks wear nice suits and ties, attend Harvard, establish a university, or serve as President of the United States. Americans of color are all criminals and playthings in the eyes of racists, and the power structures for which they work have been set up to preserve racial inequality for centuries. And it doesn’t matter if liberals Black, White and Brown call for healing. Racists don’t want healing, and calling for it without acknowledging a flesh-eating, bacterial-infested wound like racism doesn’t do Americans any good. Booker T. Washington learned that lesson in 1911, and Ida B. Wells learned it in 1884. Millions of other Americans of color have learned that lesson all too well today.

It is hard to discuss race. It is definitely so in the US, where virtually everyone believes that their individual good intentions mean more than systemic oppression and ugly truths. And it is really hard on people of color when they/we discuss race with most Whites and some people of color (e.g., Black conservatives, the elite of color, those with internalized racism issues), as their belief in American exceptionalism and individualism is so strong that any evidence to the contrary must be wrong. Especially if the person providing the evidence is Black, Latino, Native American or Asian, and even more so if they are women of color.

One thing that’s been on my mind lately is the lazy use of terms by the media around race. And their laziness is our collective and individual laziness as well. So much so that most Americans use the terms for discussing race about the same way most Americans eat — they say “gimme lots of fat” while refusing the vegetables and healthy, but “put everything on it” at the same time. 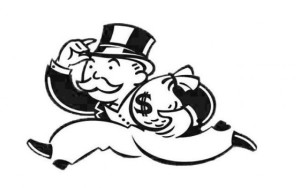 For example, most Whites see the terms White privilege and privileged Whites and assume they mean the same thing. They don’t and can’t. White privilege refers to both systemic and individual racial discrimination and disparities that almost no one White would ever have to deal with in most circumstances. It has little to do with socioeconomic standing, level of education, social networks, or any other variable to which most Americans who play devil’s advocate often refer. Privileged Whites, though, refers to the fact that this socioeconomic group is either upper middle class or wealthy, often with high education levels. The latter can also refer to White privilege, but then again, that’s already assumed in America’s racial construction of itself.

Anyone who is White and poor and also assumes that White privilege (or, to use W.E.B. Du Bois’ term, Whiteness) is ascribing to them a socioeconomic status that they do not possess, that’s just incorrect. As Du Bois wrote in Black Reconstruction (1935), even the poorest Whites received societal compensation, at least in part, through a “public and psychological wage.” In Jim Crow times, it was one in which poor Whites “were given public deference…were admitted freely…to public functions and public parks.” At the same time, the “police were drawn from their ranks and the courts, dependent on their votes, treated them with leniency” (pp. 700-01). Come to think of it, much of this still applies in 2015, even though the Civil Rights Movement dismantled Jim Crow, no?

But it’s not just terms like White privilege and privileged Whites that throws off all but a small minority of Americans. Most use terms like race, racism and bigotry interchangeably, as if they work at an Apple factory in the Longhua Subdivision of Shenzhen, in Guangdong Province, China (it’s outside Hong Kong) making iPhones and iPads. Race is a construct and not a biological fact in the case of Homo sapiens, since humans are all part of one species, albeit with some rather interesting surface variations. Racism is the result of a construct to justify social and economic advantages in the US and all over the globe, as well as the systemic construction and maintenance of such advantages. Bigotry, though, is something we as individuals all possess, regardless of race, gender, ideology, religion, atheism, or any other variable. There’s more, but I’ve already written a post about this.

A clip from The Colbert Report in a segment about the end of stop and frisk in New York City, August 2013. (http://globalgrind.com via http://billmoyers.com).

And there’s this whole notion of color blindness, the idea that millions of Americans who see everything in color can claim that they’re colorblind to race. “I don’t care if you’re white, black, red, green or purple. It doesn’t matter to me,” most Americans often say. There’s two problems with this statement and these phrases. One is that unless someone is actually, physically and neurologically colorblind, what one is doing is choosing to ignore differences, which is completely different from tolerating, accepting or embracing difference. One might as well say that they don’t see the homeless in the middle of Central Park in New York, that’s how ridiculous — maybe even tone-deaf and callous — this idea is.

Two is that there aren’t any green, purple, blue or other weird hues of humanity anywhere on this planet. Heck, technically, Whites are pink, Blacks are varying shades of brown, Native Americans have reddish undertones (and then only some), and so on. The point is, this idea of color blindness to race is straight horse manure, allowing many Americans to feel good about their views on race, racism and bigotry without any serious thought about their country or the people in it at all.

And that is why conversations on race in the US remain a pipe dream for some, and raise the fear of the specter of Judgment Day for others.