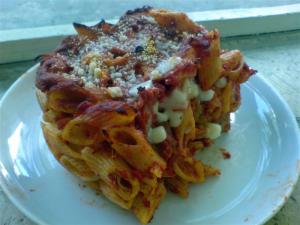 Sometimes I’ve let my enthusiasm for good things in my life get the better of me. Perhaps that’s because there have been few periods in my life where nearly everything has gone the way I’d expect, especially in my Humanities years. One of those times had been in the months before, during and after my conversion to Christianity in ’84. After I outed myself at the beginning of tenth grade as a Christian and stood up (for once) to my idiot stepfather by refusing to wear my kufi ever again, things in my mind had improved. So much so that I was ready for my life to change, as if my conversion were a magic wand and I was Cinderella.

My conversion became a badge of honor, my Bible my new crutch in the first few months after becoming a Christian and the beginning of tenth grade. I read it every chance I had. At lunch, in my trips into New York with my father Jimme and my brother Darren, before I went to bed at night. Like a nine-year-old, I so wanted my life to change that I forgot that I still had work to do in order to change it. Prayer and fasting (deliberate, of course, and not the empty refrigerator kind) wouldn’t be enough. But I acted like it was.

Torture & the Spanish Inquisition (the direction of unchecked zeal).

It didn’t help that I had Z as a history teacher, one who almost automatically rubbed me the wrong way. She assumed that she was right about everything and looked like an older, worn-out, schoolmarmish version of Madonna to me, a woman whose best days were long past. She was about average height with blonde-gray hair, which looked like it had been freeze-dried. She dressed like a woman who didn’t realize we were in a public school and who didn’t see herself as a real person. Her voice was a slow-whine Brooklyn-accented version of Cyndi Lauper’s, the kind that made me think that she was talking down to us. It irritated the heck out of me when she’d call one of us “Peaches” or when she’d say, “When they’re slow they’re slow,” a reference to how long it would take us to answer one of her idiotic, non-history history questions. A personable person with emotions and empathy, the kind of person equipped to teach a diverse student body, Z was not.

After finishing one of Z’s bubble tests early, fifteen minutes early, as a matter of fact, I handed it in and pulled out my Bible. When she noticed what I was reading, she panicked. “Put that away! Put that away now!,” she yelled from her gray steel desk, exasperated. The exchange we had occurred while other classmates were finishing their exams.

“You can’t read that in school!”

“I know my rights! I have a First Amendment right to read the Bible in school, and you’re not teaching right now anyway!”

She threatened to send me to the principal’s office. I called her an “atheist” and put my Bible away. It was the start of a confrontational relationship between me and her.

We got into it quite a few times. One time was over what she was teaching in class, what exactly I don’t remember. What I did in response to it was to blurt out “Is this what you call history? All you talk about is art and music!” She banished me to the hallway outside of class for that one. I called her a “stupid atheist” on my way out.

We were both right and both wrong, both arrogant in our own way. Z was a teacher without an appreciation for student development and socialization. I was a new Christian on a high, believing that my spiritual status would by itself put me in right standing whatever I did. In the end, Z should’ve allow me to read my Bible, and I shouldn’t have confronted her based on her religious or non-religious beliefs. Our perspectives were half-baked, our stances too inflexible. I’m just glad that I’ve become a better person and Christian since those first days.