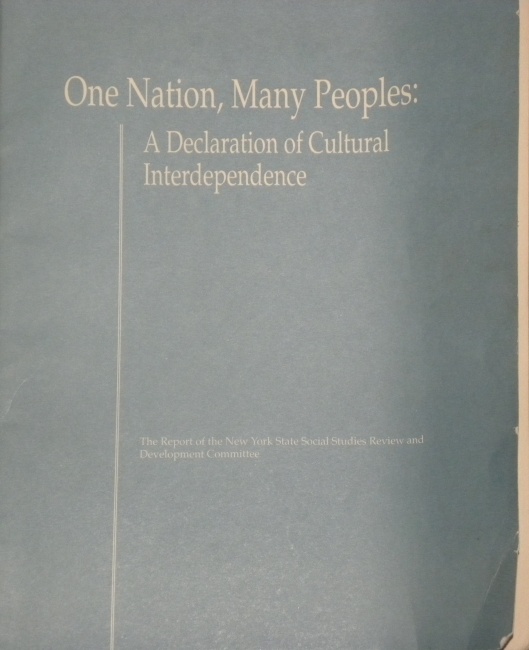 Twenty years ago this week, I began writing an academic piece that would lead to my dissertation topic, doctorate and first book Fear of a “Black” America (2004). It was a topic that I’d fall in and then out of love with. Ironically, I pursued this topic because of my academic experiences in Humanities at Davis Middle and Mount Vernon High School. The topic was multiculturalism, and more specifically, multicultural education, and how to achieve this kind of curriculum reform in K-12 education. Just writing these words makes me feel both young and naive at the same time.

This whole quest started with a girl. Actually, with the young woman “Another E” (see “The Power of Another E” from April ’09 and “Beyond the Asexual Me” from last month”). She wanted to put an article together for publication, in response to what was then a major controversy involving research into the revision of New York State’s social studies and other curricula. The New York State Department of Education had given a committee the task of figuring out how to make the state’s K-12 curriculum more inclusive and representative of the state’s tremendous racial, ethnic and other forms of diversity.

By the end of September ’91, it would produce A Curriculum of Inclusion: Report of the Commissioner’s Task Force on Minorities: Equity and Excellence. But that deliverable was far from my mind when, tired from my weeks of near starvation post-graduation that April (see “Sometimes Starvation” from May ’11), I reluctantly said okay to working on this article.

Now here I was, minus the young woman in whom I no longer had an interest, now working on a piece that had become more academic than either of us had originally intended. By the time I’d written my first words on multiculturalism, I’d already learned the names Leonard Jeffries, Asa Hilliard III and Arthur Schlesinger, Jr. I’d read articles from the New York Times and the Wall Street Journal about Jeffries’ name-calling, Schlesinger’s incredulousness about calling slaves “enslaved persons,” and about the committee in general getting along like hyenas tearing at a dead wildebeest.

If I’d been just a tad bit smarter, I would’ve done an investigative piece and called and emailed the people on this task force. I would’ve asked them to divulge to me what they would eventually tell the world about their dislike of each other and of anything “multicultural,” which was in quotes for them. For Schlesinger, multicultural was the equivalent of bad ethnic studies or a kind of Afrocentrism that blamed Whites for all that has ailed America and the world for the past 500 years. For Jeffries, it was a racist attempt at appeasing Blacks and other groups of color while maintaining the main theme of Whites on top.

Although this is an oversimplification, it’s not by much. There really wasn’t anyone from the task force, the 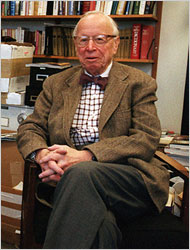 NYS Department of Education, or anyone who spoke on the Himalayas-out-of-a-termite-mound controversy over a more inclusive K-12 curriculum without taking one of those two views. That’s what interested me the most. Schlesinger, and eventually, folks like Diane Ravitch, Mario Cuomo and others completely against revision that even approached cultural pluralism, versus Jeffries, Hilliard and others arguing beyond what they called a White multiculturalism.

I didn’t have the capacity at that stage of my life to see myself as a writer or a journalist in any way. Just two years removed from the end of my mother’s marriage to my now idiot ex-stepfather, I only saw the piece that I’d turn into a Master’s research paper, doctoral thesis and first book as an academic exercise, one where I found the philosophical middle. I hadn’t a clue as to how to make myself part of the Ground Zero issue of the first seven years of the ’90s, the Culture Wars.

But I did have one experience that provided unique insight into multiculturalism and the arguments made by scholars and pols on all sides. Six years in Humanities in Mount Vernon, New York’s public schools. A place where cultural diversity and how to deal with it within the curriculum was the elephant in the classroom. Some teachers and classes addressed it, and many didn’t, to the detriment of what was a solid program, not to mention me and the others who were my classmates.

Either way, I saw more issues of diversity crop up where a multiculturalist approach would’ve been helpful all during my time in Humanities, including with my kufi and my Hebrew-Israelite years. It was a missed opportunity, one that I unconsciously wanted to address with my research of and writing on multiculturalism.

Today is our eleventh wedding anniversary. Tomorrow is a Crush #1 day. The next month covers a series of events that includes my first “date” with my now wife nearly sixteen years ago. Not to mention my last “dates” with the woman who’s the subject of my blog post, “The Power of Another E” (April ’09) from twenty years ago.

And then there’s my Mom, somewhere in the background, distant but still there, reminding me of all that made me, well, me. At least the me that wanted Crush #1, thought too highly of the twenty-two year-old version of “Another E,” and was ready to be involved with my eventual wife. Things have grown so much more complicated since the days when I couldn’t say “Hi” to a woman, much less date or be married to one.

One of my favorite adult contemporary songs about how women can inspire in relationships is Peter Cetera’s “One Good Woman” (1988). It was the first song I’d heard that really summed up the way I’d felt about my first crush back in ’82. And it provided a stark contrast to the way I felt about my second crush/obsession by the time the fall of ’88 rolled around. I bopped to the feelings in that song for much of my sophomore year at Pitt.

But I wasn’t a fool. I knew that there wasn’t anyone in my life at the time, or had been at any time, who could measure up to those lyrics. While Crush #1 definitely “brought out the best in me,” it certainly wasn’t because of her “love and understanding.” The two things I longed for in my life from others I cared for and about was love and understanding. My mother had little of either by the time I was a teenager, even though I know that she did the best she could. It just wasn’t close to good enough. So I put some of my faith in those lyrics, my romantic side in singing those words, eventually with no one in mind.

Even with dating and the ’90s, and even though I played “One Good Woman” less and less, I sought someone in my life who’d fit those lyrics. The problem with a country full of arrogant narcissists — me included — is that most of us present with DSM-IV neuroses (and in some cases, psychoses) long before we reach the stage of love and understanding. For better and certainly for worse, my mother was really the only woman who approximated any sense of the feeling Cetera releases so well in his song. And by approximate, I mean less than one-tenth of the full strength of the music and lyrics of “One Good Woman.”

This isn’t necessarily a bad thing. Sons shouldn’t really think too often of their mother in a romantic light. It certainly would’ve helped to have known how deeply or how superficially I was loved by my mother, but I had nothing in my dating life really to compare it to.

That was, until I met my eventual son’s mother. Angelia was everything in Cetera’s “One Good Woman” lyrics. She wasn’t a dream of it like Crush #1. Or an obsession like Crush #2. Or someone who could be that for a moment like “Another E” or be a trifling ass the next minute like so many women I dated between ’91 and ’96. She was a real woman, good, bad, warts and all.

So when we married eleven years ago, with the Napster era that was, I downloaded Cetera’s “One Good Woman” and made it a permanent part of the collection that would end up on my iPod in ’06. Except that in recent years, my “One Good Woman” image feels more like John Legend’s “Ordinary People,” proving that even women that inspire you to love, cherish and understand are human beings as well.

When I listen to “One Good Woman” these days, I do think of my wife. But I also think of all of the other women who’ve inspired me over the years. Including my mother. Including even some of my more trifling exs. I love my wife, and I hope things in our marriage continue to work even as we work through whatever issues we have from time to time.

Still, I need to remember that romance comes and goes, but marriage only works when people work hard to communicate when they don’t understand, despite their love for each other. If either of us were to quit, it shouldn’t diminish all of the good that I saw and see in that woman, my wife, and the life we’ve had over the past fifteen plus years.