…who would I hire to play the characters in my memoir? Especially if I could reach across space and time to pick actors with the range necessary to play complicated characters, like yours’ truly, for instance. Hmm. I have a few ideas:

Rob Brown, ala Finding Forrester (2000) – He’d been a perfect character to play me during my high school years, between the blank stare and face, his height, and his ability to show awkwardness around Whites in authority.

Khandi Alexander, ala The Corner (2000) – While she isn’t nearly as tall and is a bit chestier than my mother, her affect as the down-and-out West Baltimore mother on the groundbreaking HBO miniseries fits here.

James Avery – He would be in the role of my idiot ex-stepfather, with his bulging eyes and belly, and with his flashes of rage, yeah, he’d been perfect.

Clarke Peters, ala The Wire, Treme – I thought about someone like Sammy Davis, Jr. playing the role of my father, Jimme, but Davis’ acting range wouldn’t have been enough to capture both my father’s drunken rage and the comedy that often served as an overlay to my encounters with my father growing up.

Jesse L. Martin – The man’s acting range is enormous, and would capture the complexities of playing someone like my older brother Darren, a super-shy kid who himself played the role of someone mentally retarded while also having taught himself to read at the age of three. Only, Darren didn’t know how to stop. 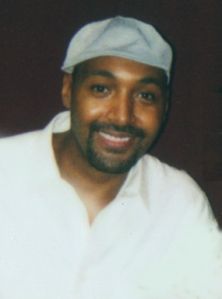 Harold Perrineau, ala Oz – His face alone captures a lot of emotion, and show does the way he says his lines, something that I’d want from someone playing my best friend from elementary school. Perrineau’s face would also capture duplicity, a necessary ingredient for betraying a friendship. Just like many of the characters in the HBO series Oz.

Thandie Newton – This was a tough one, as I also thought about Rosario Dawson in the role of Crush #1. But Newton has quirkiness as an actor that Dawson lacks at times, and for all of the wonderful traits of the character known as Crush #1, quirkiness is key. 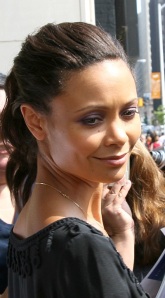 Ray Liotta – Not nearly as tough, this despite the fact that the real “A” had blondish hair when we were kids. Liotta’s meanness, his laugh, his Italian coldness easily capture what “A” was like as my tormentor in seventh grade.

Nathan Fillion, ala Firefly (2002-03), Serenity(2005) – the near-perfect actor to play the contrarian one, “JD” (see my post “The Contrarian One” from February ’11), his aloofness, his sense of superiority, his maverick affect throughout our years in Humanities together.

Alison Arngrim, ala Little House on the Prairie (1974-82) – She played Nellie Olson on the show, a bratty, well-off girl who only knew how to view the world through her own selfish lens. She could play any number of my former White classmates, especially many of the ones who left Humanities between the end of eighth and the beginning of tenth grade. 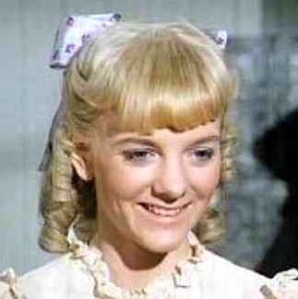 Gabrielle Union – as this actor has done the affect of pissed off and Black preppie well over the years, she’d be great for the role of Crush #2, the one the main character (me) becomes obsessed with in the six months after graduating high school. Like the character, Union can crush hearts.

Rita Moreno – A fixture in the acting business for more than sixty years, one of a handful to win an Oscar, an Emmy, and a Tony Award, she could easily slip on the role of a guidance counselor like the chain-smoking, stereotyping bigot Sylvia Fasulo. The only other person who’d fit this role is Callie Thorne from the USA show, Necessary Roughness.

Brian Dennehy – There aren’t many actors who could play my late AP US History teacher Harold Meltzer. You see, you’d need to be able to spit, to tell long and strange stories, to have moment of macabre laughter and moments of bitter rage. Dennehy, though, has experience doing all of those things, though not in one role. Plus, he’s tall and rotund enough for the part.

Brad Dourif, ala Dune (1984), Lord of the Rings: The Two Towers (2002) – He’s weird enough to play the role of Regis, one of my older friends from my undergraduate days at the University of Pittsburgh, someone who was there for me the semester I went through homeless and three months without money.

Brad Dourif at the Lord of the Rings-Convention Ring*Con in Bonn, Germany, November 23, 2002. (Diane Krauss). Released to public domain via GNU Free Documentation.

I could go on and on. But that’s unnecessary here. This ensemble cast, with the right script — and a time machine — would make Boy @ The Window come alive, and have me blushing and crying over and over again.