Speaker of the House Paul Ryan (R-WI) and GOP leadership with a copy of the American Health Care Act at a news conference, Washington, DC, March 7, 2017. (Chip Somodevilla/Getty Images via http://www.dolphnsix.com/).

Here’s the one and only way the GOP can put together a plausible alternative to the Affordable Care Act, a.k.a., Obamacare. At least, a plan that wouldn’t actually move healthcare left politically and build the path toward universal healthcare, leaving GOP leadership melting in their own clothes.

It’s pretty simple. They should hire a copy editor and a proofreader, ideally, someone who has ghostwritten books for the conservative rich and shameless. House Speaker Paul Ryan should give them a copy of the ACA, and give them three weeks to rewrite it, phrase for phrase, and sentence by sentence. They should replace words like “exchanges” with “alternative swaps,” and “individual mandate” with “personal responsibility.” The editor and proofreader should look out for specific references to coverage for preexisting conditions, the poverty thresholds for qualifying for Medicaid, and coverage of women’s reproductive healthcare costs. The two of them should make a point of burying them into subsections, using the term “other persons” (just like in the US Constitution) or, in the case of women, the female symbol ♀, which few GOP members or their constituents would know.

The biggest issue after a thorough rewriting and review would be how to repackage the old plan as new. This is where Ryan can reach out to retired GOP leadership like John Boehner or Newt Gingrich. They were so good at boiling complex issues down to three words for their conservative and far-right conservative comrades. “Tax-and-spend,” “cap-and-trade,” and “drill, baby, drill,” are among their top 40 hits since the 1980s. With help from the old heads, Ryan can come up with “more-for-less” (really “more or less,” and for Spanish speakers, “mas o menos”) in boiling down the essentials of the new-old bill. The official name of the bill would be the Alternative Healthcare Act, or the AHA. But with 45 as president, it would likely remain either Trumpcare or MAGACare.

The bill would be immensely popular, even with non-Republicans, and would pass Congressional Budget Office muster, not to mention the news media’s. And despite reporting from Rachel Maddow and Chris Hayes at MSNBC, Vice News on HBO, and Mother Jones and The Atlantic, most will not notice that the GOP bill is exactly the same as Obamacare. Certainly not the dunderheads at FOX News or Breitbart.

There’s just one problem. There’s no way Ryan’s oversized ego would allow for this nefarious, new-wine-in-old-wine-skins plan to go forward. Nearly a third of the GOP members in the House just want to repeal Obamacare without providing any replacement at all, not even if it were only for their grandparents, kids, and grandkids. Mostly, the plan would die because someone would leak its details before the copy editor finished word-smithing the first ten pages of the ACA.

Bottom line: the GOP is caught between a roiling river full of hungry alligators and a rocky shoreline with a pride of starving lions who cannot believe their luck. The GOP as a party deserves to be eaten for lunch, starting with their guts, and all while being suffocated. And their last thoughts should be, “pain and gain.” 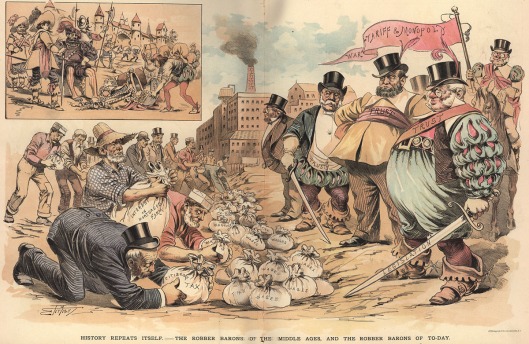 Though many of us have been fighting this long war against neocon, reactionary, even fascist elements in American society over the course of the past four decades, it appears that, like the Fire Nation in the Avatar: The Last Airbender series (2004-08), that we’ve lost the war. I’m not predicting that Romney will beat Obama in November. But this election will be closer than it ought to be, thanks mostly to the SuperPAC maelstrom stirred up by the Supreme Court’s Citizens United decision (2010) and our own get-rich-quick apathy with politics and responsibility in this country.

More importantly, though, is the reality that this election, even with an Obama win, is merely a chink in the armor that is our American oligarchy, now firmly established. With so much in regulations, social welfare, education, unionization, and other protections for the ordinary American rolled back, it’ll take at least a generation to undo the damage done since the Nixon years to our society, economy and environment. With so much wrong, though, it may well be too late to make course corrections without significant consequences for our nation and for the world.

That only in the past couple of years folks who weren’t staunch progressive or true leftist liberals have come to realize that the neocon endgame was a powerful plutocracy is testimony to the long, successful war of identity politics, wedge issues and other distractions that they have fought since ’68. The funny thing is, though, that for most of American history, our government has been a representative democratic oligarchy, especially for the poor or those whom are of color. How can you explain the history of slavery, even the half-century it took for non-landowning White males to get the right to vote? 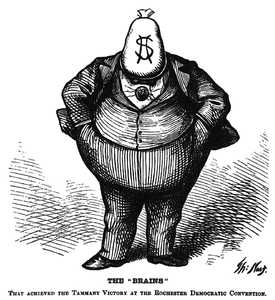 There have only been brief periods in American history in which the federal government has been responsive to the ordinary American citizen, a protector of the rights of the many and the minority over the rights of rich individuals and powerful economic interests. One of them came as a result of the Great Depression, the start of a nearly forty-year run where our government, despite its flaws and lies, frequently erred on the side of ordinary citizens. People can talk about the Clinton years being an oasis in the middle of a neocon desert, but between the vast expansion of credit, the tearing down of Glass-Steagall, NAFTA and other corporation-friendly policies, we now know that much of what occurred in the ’90s was a mirage.

What is different now — but not so different from the turn of the twentieth century — is the brazenness with which the rich and powerful flaunt their control over our lives. It’s as if they’ve drugged us, tied us down, and occasionally even tortured us, expecting no response or retaliation. And the media has played its role in this, too. From Kim Kardashian to the Real Housewives of RichLandUSA, and from American Idol to Mad Men to Dancing With The Stars. The rest of us just live vicariously through the oligarchy, or become raging and jealous while laughing at the folly of the rich in the process.

Even the wars we fight and the Supreme Court decisions made are steeped in oligarchy and the privileges of the rich and the corporate. That’s why we spent a decade in Iraq, billions on a military fighter we don’t need (F-22), and think that decisions that treat corporations as people and lower taxes for the wealthiest Americans are good for the country.

That’s why today’s Supreme Court decision on the Affordable Care Act of 2010 — otherwise known as Obamacare — matters little in the larger scheme. Of course it matters that millions of Americans have access to healthcare. But even before the Supreme Court decision, the best most un- and under-insured Americans could hope for is a system in which they pay less for crappy health insurance. And health insurance isn’t same as healthcare, folks. Either way, the real winners long-term are private health insurance providers, and not ordinary Americans or the Obama Administration.

It is an unfortunate reality that over the past forty-five years, every aspect of government in this country has been infused with oligarchy. It takes tremendous and unyielding pressure for even a city government like New York (e.g., Rockefeller Laws, stop-and-frisk policy, decriminalization of marijuana) to bend to the demands of its own citizenry. Even then, protests, sit-in and petitions don’t always work (see Occupy Wall Street and the fifteen million protestors before the Second Gulf War as examples).

So, what to do? I haven’t given up hope, but I can’t spend the days I have left — whether it be moments or decades — waiting for the worm to turn. Next best thing is to hope that my son will drink of my wisdom and learn to fight against this kind of ruling class when he is old enough to do so.