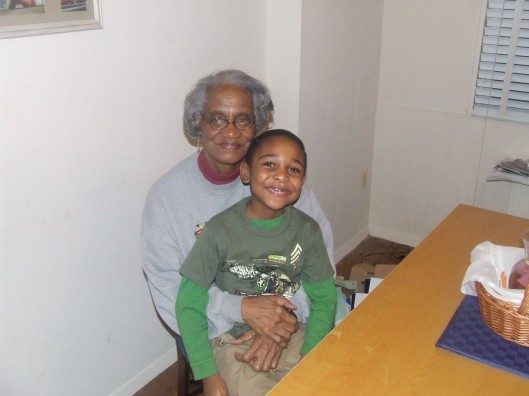 I’ve been reluctant to write this post. Not because I have nothing good to say about my late mom-in-law, someone I’d known for nearly half my 51 years. I have nothing but good things to write about her. Not because I’m grieving. I often write when I’m in an altered state emotionally or psychologically. No, I’m a bit nervous because this will be my first blog post about any specific member of my wife’s family, Thanksgiving 2001 excepted. I’m mostly concerned that some will see what I have to write about my mom-in-law as an indirect slap toward my own mother and parents/guardian in general.

Trust me, it’s not. That I first met Martha Mae Guinn Levy (1931-2020) a month after my twenty-sixth birthday meant the nature of this relationship was never going to be strictly parent-to-child or mother-to-son.

The truth is, Ms. Martha really did treat me that way. But not just that. Sometimes our conversations could be contentious, like professor-student, or like two bickering friends, or brother-sister. The woman had nearly 39 years on me, but the battle-axe of a geezer could just as quickly be affectionate and a never-ending fountain of love and optimistic clichés. There are so many conversations, so many arguments, so many moments I could discuss that made me see all the facets and contradictions of my mom-in-law.

Ms. Martha made herself available for nearly every important event in my life since my then girlfriend introduced us on the last Saturday in January 1996. She attended my doctoral graduation at Carnegie Mellon the following year. She drove me and her daughter to the Greyhound bus station in “dahntahn Picksburgh” in August 1999, so that we could begin our 20-plus years of living in the DMV, the Washington DC area. She shared a hotel room with my mom in 2000, just a few months after me and her daughter eloped. She came here to Silver Spring and watched at Sibley Hospital in DC as my wife gave birth to her one and only grandchild in 2003. She stayed with us for six weeks to watch her grandson in November and December of the same year, so that my wife could go back to work, and just before our son would start daycare.

But there’s one conversation that really and truly encompassed the evolution of our relationship over the years. It was in December 2013, just a few months after I had self-published Boy @ The Window. A week earlier, I had called my father about his yearly Christmas ritual of sending barely cashable Western Union money orders to give to his grandson for the holiday season. Instead, he mumbled and gave gruff one-word answers to my questions. “What’s wrong?,” I asked. “I told you not to put me in your book,” he said, sounding hurt and embarrassed. “I didn’t want nothing to do with your book. You shoulda left the past in the past.” My dad actually hadn’t said any of these things in the seven years between first sentence and the rough final draft I ended up publishing that April. I had been completely open about what I was going to write and why. I guess having a paperback copy of Boy @ The Window in his hands to leaf through was too much for him.

The weekend before Christmas 2013, Ms. Martha called. She dialed up my partner on her cell phone to talk to me (mind you, she had my direct number, but called her daughter first). When I picked up Angelia’s phone, I heard “Hey Donald” in Ms. Martha’s gravelly voice. After a brief exchange, she said, “I wanna talk to you about your book.” I mailed Ms. Martha a copy of Boy @ The Window, along with my dad and a few others, but I hadn’t expected her to read it, at least not so quickly.

“I started reading and I didn’t wanna put it down,” Ms. Martha said. I was surprised. Really, I was dumbstruck. I hadn’t expected this response at all. Not because Ms. Martha didn’t read. I figured, Oh, she’s just being polite, especially after hearing from my dad a little more than a week earlier.

We talked about my book for nearly an hour and a half on my wife’s iPhone. I might as well have been doing a book talk as conversation with my mom-in-law. Ms. Martha asked questions about my Boy @ The Window years, wanting more details beyond the stories I did include. There were a lot of “I didn’t know…” and “I couldn’t believe…” comments about what I and my family lived through. She asked at least a dozen questions about my mom and her decision-making, about my brothers and sister, about my asshole classmates.

Mostly, she doted on me. “Oh boy! I liked this sentence here…,” Ms. Martha said while reading me back to me a number of times. When I explained away my accomplishments or challenges, she’d say, “…as far as that matter goes…” to remind me that what was normal for me was not normal for most tweeners or teenagers, not even Black ones living with poverty. “This was a joy to read,” she said so many times. She said she laughed and cried while reading the book, and laughed and cried while talking to me about it.

And yes, I truly loved and love Ms. Martha. I will miss our conversations, our rational disagreements, our out-of-nowhere arguments, our hugs, our embraces, and her love for me, her daughters, her grandson, for family and community more broadly. I will miss your presence and your voice in my life. May God bless you and keep you…and give you peace, in your life after life.