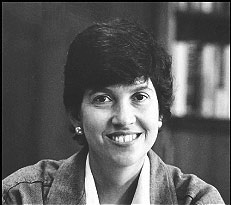 Now that my book’s been out for a couple of months (between two and four months, depending on the e-book platform, actually), I’ve found that my thoughts sometimes drift toward those that are no longer around to read it.

Not so much my family or nemeses, though. Sarai, my only sister, who died in July ’10, would likely have never read a word of Boy @ The Window — it would be too honest an assessment of life at 616 for her. My late idiot ex-stepfather Maurice Washington was already unhappy with my numerous posts about his borderline personality issues and constant psychological and physical abuse of me and family when I picked up the phone one day that same week my sister passed.

As for my former classmate Brandie Weston — to whom I’ve dedicated my memoir (actually, a co-dedication that includes my son) — maybe, if she had been well enough. My favorite teacher, the late Harold Meltzer, though, would’ve begun reading  Boy @ The Window five minutes after it had gone live on Amazon.com!

But of all of those folks who are no longer a part of this corporeal world (or who have gone into some state of seclusion from it), one other person stands out today. My dear friend and mentor from my Carnegie Mellon years (and the six years after I finished), Barbara Lazarus. I’ve discussed her here before, but not lately. Probably because I do tear up sometimes when thinking about her support of me specifically and her work at CMU in general. Barbara helped make my otherwise rough and dehumanizing experience at CMU manageable and even career-affirming.

As I wrote about Barbara for the memorial service at CMU in September ’03:

I want to communicate to you that I am in complete solidarity with everyone who attends the gathering at CMU on October 17.  For me, Barbara’s work was more than about women’s equity in the engineering and science fields.  She was about ensuring that all (regardless of gender or race, and regardless of the degree) who attempted the grand enterprise of competing for a degree actually made it through the process … Barbara was a dear friend and mentor who truly believed in me, even in spite of myself.  I loved her, and I will surely miss her, as I am sure you will also.

That only approximated how much she meant to me during and after my four years of doctoral success and failures at CMU. The months immediately before my advisor Joe Trotter and my committee approved my dissertation were the worst, as is well documented on this blog. Barbara convinced me to not become hot-headed and drop-out of the program with a completed first-draft of my dissertation under my belt. She also managed to keep me from requesting a change of advisors so close to the finish line. She did offer to “step in” as her duties as Associate Provost would’ve allowed, but warned me that this political solution would delay my graduation. My connection with Barbara kept me from meeting Trotter in one of CMU’s parking lots late at night wearing a ski mask and dark leather gloves!

She became my best reference professionally and otherwise after those dark days ended with the end of ’96. She read my articles and my first book before they went to print. We swapped stories about family and life and religion. We stayed in touch even after I moved to Silver Spring, Maryland in ’99. Barbara died on July 14, ’03, just sixteen days before my son Noah was born. It’s been a decade, a month and eight days since she passed, nearly as long as I actually knew Barbara (roughly between October ’92 and July ’03). Boy, I wish I could’ve shared my first photos of my son with her!

There were a few people like Barbara at CMU during those years. Susan McElroy (now at UT-Dallas), John Hinshaw (at least prior to my Spencer Fellowship), Carl Zimring (before the O.J. verdict), the Gants and the other Black doctoral students I’d met there (all fourteen of us) were my CMU lifeline beyond multiculturalism and Trotter tired sense of migration studies.

But Barbara Lazarus and I had a friendship that went well beyond academia and career, and went undamaged by petty jealousies or sudden bursts of outrage from jury verdicts. I’d been to her home, met her husband and her kids, learned something about her as a person, and in the process, managed to be my better self even in the worst of circumstances. That is being a good mentor, friend and person. I just hope that I was the same to her, and that Boy @ The Window proves to be the same to others.