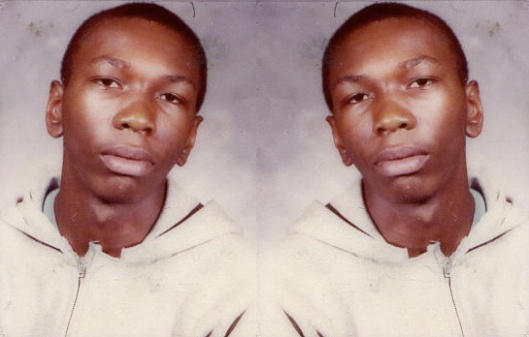 Many thanks to those of you who’ve responded so far to my post “Potential Boy @ The Window Book Covers” from last week. I truly appreciated all of the feedback and well wishes.

I’m sure that you noticed the one thing every potential front cover for the manuscript had in common — at least, besides the title. The picture I used on all the draft covers was of me not quite two months from my sixteenth birthday, my second Mount Vernon High School ID picture, taken in November ’85. I use this picture because there are only have a dozen or so surviving pictures of me from the period between February ’75 and November ’95.

Who knows? Between the extended Collins and Gill families, occasional photos taken by friends, acquaintances and colleagues, there could be another half-dozen more. A Sears portrait picture of me in March ’75, a couple of pictures that happened to include me from my senior year at MVHS, and a picture of me with my Uncle Sam at my graduation on June 18, ’87. That’s all I have to work with from the Boy @ The Window years, 1981-89.

There weren’t many opportunities for me to capture myself in picture mode during those years. But if I had to have one and only one picture that could encompass the physical and psychological strain, the emotional strife and torment that life and school was for me back then, the MVHS ID picture would be the one. As my good friend Cath already noted, I looked tired with “Samsonite” bags underneath my eyes the morning I took that picture.

That morning was Friday, November 8, ’85, and not a particularly memorable one at that. It seemed like I was always tired, especially before lunch, which was sixth period that year. Maybe I was hungrier than normal that morning, because I often went without. Or maybe, as usual, I hadn’t gotten a full night’s rest, sleeping in the same room with my older brother Darren and two of my younger brothers Maurice and Yiscoc. Or maybe it was a week of making extra runs to C-Town in Pelham or Milk-n-Things for food. It may well have been that I expended too much energy in Meltzer’s AP US History class second period, and I hadn’t properly paced myself.

Whatever it was, I was tired, more tired than usual. I was also fed up with the whimsical decisions of the mercurial staff at MVHS. They were the ones a full two months behind in taking ID pictures for our class, as our ninth-grade IDs were only designed to be actively used for two years. Yet they saw fit to pull us out of class fifth period to take pictures that second November Friday. 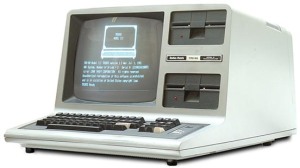 It was bad enough I had to miss Ms. Walters’ Pascal class, where I was just starting to feel comfortable with the material and the Tandy TRS-80s (or Trash 80s, as we nicknamed them). Now the idiot powers that were had the entire Class of ’87 — more than 600 of us at the time — standing in a wrapping-around-the-room line adjacent to the cafeteria, waiting for them to take our ID pictures.

The process for me lasted over an hour, but not quite seventy-five minutes. By now, it was time for my sixth-period lunch. I’d grown tired of idiot kids trying to cut the line, hearing dumb-ass conversations about music and sports and hair, and standing while the numbskulls with the camera and laminate machine took forever to process one picture at a time.

When I finally came up, I was imagining myself with a baseball bat smashing up everything while screaming as loud as I could. Only to hear the idiot with the camera yell, “Smile for me, honey!” I was nobody’s “honey,” especially the middle-aged Italian woman yelling at me to smile on command! So I narrowed my eyes — and stopped just short of rolling them — and bit down on the right corner of my lip as they took my picture.

That I was in my ripped gray zip-up hoodie, with a faded powder-blue Puma t-shirt underneath it wasn’t a surprise. It was one of a combination of clothes I wore to school as part of my “five-day rotation,” as I called it back then (an homage to baseball). I wouldn’t have worn that combination, though, had I known that MVHS would have my picture taken that day.

I left the room, grabbed what I believe was “murder burgers and suicide fries” for lunch at the cafeteria, and torpedoed them down my throat about fifteen minutes before gym. I was poor, hungry, tired, pissed, determined and greasy, in so many more ways than one, that day — in fact, every day. For one picture on one day, though, I inadvertently showed it all.