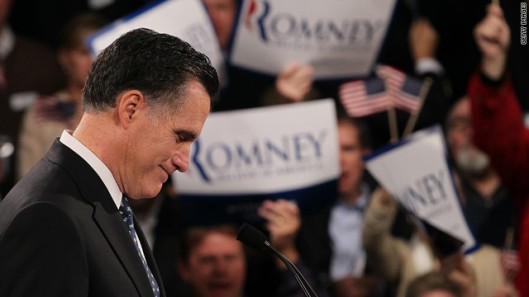 One of any number of concepts I’ve had trouble wrapping my head and heart around over the years has been loyalty. At least, what others in my life have defined as loyalty. For the most part, loyalty for the vast majority of these folk has meant surrounding themselves with yes-men and yes-women, to have people around them who’d prefer the method of going along to get along. True loyalty, of course, is more about supporting a person and their ideals, ideas, calling and purpose, and not just agreeing with their every word and deed, no matter the contradictions, no matter who it hurts.

I’ve seen it in my own life, so many times, in high school, college, grad school, academia, the nonprofit world, and in church. Over and over again, people who believe that leadership means everyone should fall in line and follow someone else’s vision, without question or contribution. It’s the ultimate form of American entitlement, the one thing that all people in authority — secular or spiritual — have in common in our society and culture.

One example of this was my former boss Ken, who complained about what he claimed was my lack of loyalty to the New Voices Fellowship Program when I made the decision to move on to another position at the end of ’03. He talked about loyalty as if I was a feral dog who needed to be broken and tamed in order to be useful. I said that loyalty “isn’t just about the person, it’s about the work that needs to be done.”

But I’d go a step further than that now. Loyalty in the workplace requires not only the ability of two or more individuals to trust each others’ judgment and quality of work. It also requires a synergy of vision, a sense of purpose that obligates the people in question to provide transparency, constant communication and certainly criticism in the journey to make any vision a reality.

I remembered this a few years after moving on from New Voices, at an interview I had with the head of the Center of Africana Studies at the University of Pennsylvania. He began with the question, “So how are you going to contribute to my vision of building the kind of world-class center that will attract the attention of scholarship everywhere?” The director lost me with his emphasis on “my vision.” I’m thinking, “I don’t know you, but somehow, I’m supposed to trust your vision purely because you say so. Are you kidding me? I’m to be loyal to you just because — you’re Black, you’re a decade older than me, you’re at an Ivy League university? Really?” To this day, that was the weirdest interview in which I’d ever been a part.

I saw this also at the church to which I’d been a member of the longest in my adult life, Covenant Church of Pittsburgh (which was in Wilkinsburg, by the way). From ’91 to ’97, I attended services, was part of the men’s choir, tutored high school students and went on retreats. I sometimes turned a blind eye to the occasional hypocrisy around sex, money and marriage in sermons versus what I actually witnessed.

One February ’97 Sunday after I finished a year’s worth of battles with my dissertation advisor Joe Trotter — another person who wanted my false sense of loyalty (see my “Running Interference” post from April ’11)  — I couldn’t take it at CCOP anymore. After a month-long drive to raise $250,000 above our normal tithes and offerings to buy a plot of land to build a megachurch in Monroeville, our pastor made an announcement and delivered a fiery sermon. The announcement was that God had told him to now up the ante to a three-million dollar campaign for money to build the church on this new property.

Before I had time or faith to absorb that bit of information, my pastor delivered a forty-five minute sermon that blamed Wilkinsburg’s fifty-percent unemployment rate, gang violence and despair on “homosexuals and whoremongers.” I’d heard other statements and similar sermons like this before, but not for nearly an hour, not after an appeal to worshippers to give more than one-tenth of their gross income to CCOP for a new church.

I knew for a fact that some of my fellow CCOP members were giving as much as one-fifth of their disposable income already. I also knew that their were some CCOP members who were in the closet. To require loyalty to a vision without building a consensus on such, while also denigrating the very people from whom you demand loyalty was just downright disgusting to me. So I left CCOP, never to return.

This year’s presidential election cycle, particularly on the GOP/TPer side, seems to demand the same kind of blind loyalty that my former boss, potential boss, former dissertation advisor and former pastor all wanted from me or people like me. I learned a long time ago, though, that what people like Mitt Romney and Paul Ryan want isn’t loyalty. They want lap dogs, people willing to overlook their own interests in order to help them achieve theirs.