Satirical cartoon of Rudyard Kipling’s The White (?) Man’s Burden (“white” colonial powers being carried as the burden of their “colored” subjects), Life Magazine, March 16, 1899. (Travb via Wikipedia). In public domain.

My son is taking Advanced World Studies in seventh grade this year. As a historian — and one that’s taught World History fifteen times over the years — I thought it was a good thing that he would have exposure to world history and cultures before engaging in US history in eighth grade and in high school. Once again, the technocrats in K-12 education have proven me dead wrong. While there may be some exposure to the rest of the world, the frame for the curriculum is one that not-so-subtly implies that world studies, advanced or otherwise, cannot exist without a European or Western frame to tell students how to think about the non-Western part of the globe.

I noticed it the first week, but didn’t pay much attention to the brief synopsis (what teachers call their “syllabus”) of the course until Back to School Night last week. The four units for my son’s course are

When I finally read through it, I was incensed. It sunk in with my experiences with AP World History and with World History at the college level why so many of my own students were almost completely ignorant of world history that wasn’t about ancient Greece, the Roman Empire, or Western Europe. School districts, even ones as above par as MCPS, have helped lull students into a false sense of security through the exchange of knowledge as comfort food, rather than a higher protein diet of actual history.

Unit One is fine, for the most part, although the idea of a nation-state or some sort of constitutional democracy doesn’t entirely come from Europe. But it’s downhill from there. Culture, Africa and the Middle Ages for Africa? Really? The Middle Ages is a specifically Western and Central European experience, as no civilization from the classical world experienced a greater decline or collapse than Rome in the fifth century CE. To just take that term and paste it unto another continent, another group of people, and their different history is just plain wrong. How about Culture and Africa, 1000-1500 CE? You don’t need the frame of Europe’s Middle Ages to discuss Africa, unless your point is to embed some sense of Western dominance as a subliminal theme within the curriculum.

Or unless the curriculum developers in Rockville were thinking about making the Age of European Discovery and the Transatlantic Slave Trade Africa’s “Middle Ages.” The period between 1450 and 1800, in which the Portuguese, the Dutch, the Spanish, the English, and the French helped stoke the fires of intertribal and cross-kingdom warfare to obtain millions of slaves for their colonies in the Western Hemisphere. That’s probably too much for the advanced twelve-year-old, though, no?

Storming of the Teocalli by Hernán Cortez and His Troops (1848), painting by Emanuel Leutze, January 11, 2012. (Penelope37 via Wikipedia). In public domain.

Unit Three and the term “Latin America?” Seriously? It covers the Maya, the Mexica (or rather, Aztecs), and the Inca, all prior to European contact in the sixteenth century. So technically, there’s no Latin in the Americas before 1500. MCPS, ever heard of the Americas, the Western Hemisphere, Mesoamerica, and Andean civilizations, all terms that are more accurate alternatives to Latin America in the time before Columbus and conquistadors? Unless, again, the point of curriculum designers here was to bake into the recipe for this course a sense of inevitability. That is, that the pre-Columbian cultures of the Western Hemisphere, no matter how sophisticated, were doomed to fall by the wayside in the wake of Western dominance over the globe.

Unit Four and “One World Past and Present” in the context of trade, economic systems, and communication bring the themes of European dominance together in the period since 1450. The MCPS curriculum designers do hint that “the cultural diffusion between many ‘worlds’ had both positive and negative consequences.” But for the most part, the technocrats provide a sense of progress to market-based economies and positive globalization in this unit, as Europeans led the charge to make the world one and whole. 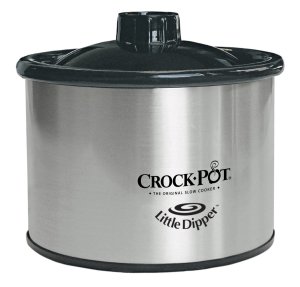 This is a crock of a curriculum, MCPS, a shameful attempt at world studies. The course might as well be called, Advanced and Expanded Western Civilization, How Europeans Went From the Middle Ages to Dominating the World. The point of any world history or world studies course is supposed to be the study of specific bits of history of the world, without imposing a Western model, frame, or sense of progress and comparison on the rest of the world in the process. Otherwise, what’s the point? You might as well teach Western Civ in middle school, then, and save world history to teachers and curriculum designers who understand that the world is a bigger place than Western-culture-navel-gazing.

Though the pressures of Common Core may have birthed this new curriculum as part of MCPS’s Curriculum 2.0 efforts, it’s not specifically a Common Core-inspired curriculum. One of the problems with Common Core State Standards and PARCC assessments is that they mask the problems that existed in America’s K-12 education long before. One of which is fake efforts at diversity and a multicultural curriculum, of which MCPS’s World Studies is but one example. It may well be true that virtually all world history curriculum is bs, however. But that is an article for another day.