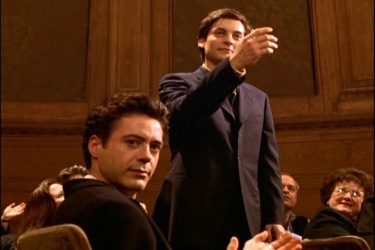 So far this Valentine’s Day/Presidents Day weekend, Fifty Shades of Grey is making a killing at the box office, over $30 million on its official release on Friday alone. A movie with an estimated twenty-minutes’ worth of sex scenes, coming on the heels of the most successful self-published book in history? Take a bow, E.L. James, take a bow!

Really, between the book, the movie and the reviews, it seems that Fifty Shades of Grey is really about affluent White folks all over the world attempting to be comfortable with what some would call “taboo sex” in the early twenty-first century. It’s like a whole generation of British Commonwealth and American Whites haven’t taken the time to see 9½ Weeks (1985) or Body Heat (1981), or at least, like to pretend that everything that is new is actually new when it’s not. At best, the book is like eating too much cotton candy at an amusement park while drink a fifth of vodka, getting on a roller coaster, and then vomiting on your five year-old (luckily, I didn’t spend money to read it). But really, Fifty Shades of Grey is a symbol of Whiteness played out in power fantasies, hardly sexual at all.

Most Americans (and many affluent Brits and Aussies as well) celebrate books and movies that aggrandize their ability to experience orgasms and overpower each other in relationships. It’s a reflection of a world without consequences, because everyone in James’ world is already on top, and need not fear falling into the real world. Where love, sex, struggle and self-discovery are about much more that belts and chains. 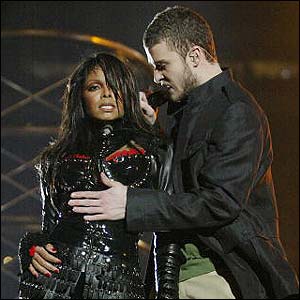 The art of the personal essay or larger memoir is the balance between revealing and concealing. You don’t want to reveal too much, but just enough to tell a good and compelling story. You also don’t want to hide too much, because concealing degrades the honesty of the work. For me, though, today’s post reveals a bit more than I’m comfortable with, even though it may not reveal enough for some of you.

This time twenty years ago, even as much as I’d become a more open person and young man in most respects, I still struggled with my heterosexual identity. I’d dated off and on as an undergrad at Pitt and had a few sexual encounters. But I really wasn’t comfortable with any woman within three years of my age. They were often confused about men, themselves, and life in general. I had enough confusion in my life already from my Mount Vernon, New York years without spending time with another confused twenty-two-year-old whose goal in life was to be a professional student.

The personification of “another confused twenty-two-year-old” was my sometimes friend, sometimes more in “Another E” (see my post “The Power of Another E” from April ’09). By the time June ’91 rolled around, she’d bitterly disappointed me — again. E had stood me up for a date to see Godfather III, had stopped returning my phone calls, and somehow managed to duck me for lunch for more than two weeks. I was angry, more with myself than her, about how turned around I felt about this sudden loss of contact.

I wanted to move on, to get over the pedestal-building, damsel-in-distress paradigm that had been my relationship with girls and women since the days of Crush #1 (and the need to save my mother from my ex-stepfather) from so many years before. So I deliberately sought advice, deciding for once that I could live with the shame and embarrassment of liking a female who may have liked me well enough, but also enjoyed the thought of taking advantage of me.

A Black guy I worked with at the PAARC project at Western Psych was my key counsel. We’d become good acquaintances over the previous couple of months while he complained about his doctoral courses and I complained about the flat-butt Whites in charge of the project. On the first Saturday in June, he invited me and a couple of his closer friends over to his place on the North Side for barbecue and basketball. He killed me on the court, not telling me until he won 21-12 that he’d played as a starter on Grambling’s basketball team.

Later we talked about my troubles with E, in between the ribs and the beer on his over-leathery couch. After 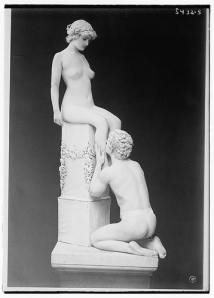 two minutes of hearing me pine and opine, he said, “She’s trifling, dude. Just ignore her and move on.” I said, “I’m not sure I can,” thinking, I don’t want to play games here. Then my friend explained that I needed to see E exactly the way I saw myself, as a flawed human being with human needs. That if she really liked me like she said, then she’d eventually give me a call or try to contact me. If not, then get out there in the world and find someone else to hook up with.

I left, reluctant about the man’s advice, but determined to do something besides feeling lonely all summer. For nearly a year, I’d lived in the East Liberty neighborhood, about a block away from a hole-in-the-wall bar that’s now a CVS on Penn Avenue. I’d thought about going in before, but that second Saturday in June ’91, I finally did, by myself, with no plans other than to observe the wild life. I witnessed two fights, at least two women too drunk to stand up, and a bartender that mixed drinks about as well as a seven-year-old making Kool-Aid.

Then I met her. An older woman — at least by my twenty-one-year-old standards — who was in much better shape than anyone I’d been in undergrad with. She started a conversation with me, and I engaged, something I usually avoided. After about fifteen minutes, our small talk that suddenly became very direct. We left, for my place.

It turned out that she was thirty-four, had been married once, and had two kids between ten and fifteen years old. She also had experience (no, not just that kind of experience) that taught me quite a bit in those months before my first year of grad school at Pitt. I learned that I liked older women — if by older, women between twenty-four and fifty — and that I was much more of a butt man than I was a breast man.

But I learned something much more valuable than developing a mental tape measurer. I learned that I could be intimate, really intimate with another person, with a woman, about who I was and wanted to be, without putting them on a pedestal and making them untouchable, heavenly beings. I learned that a sexual encounter could be both awkward and fun at the same time. I learned to see myself as a man, not just a young man or a man-child, but as a man and only a man, in no small part because of that encounter and that summer.