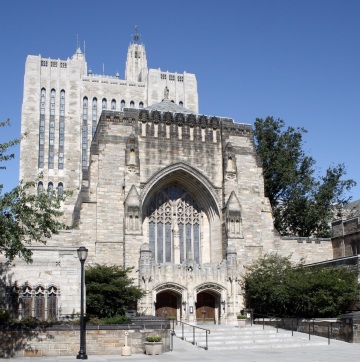 In May ’05, I attended a conference in DC hosted by the Council for Opportunity in Education on college access and college success. Jay Mathews, an education columnist with The Washington Post, was a guest speaker. Mathews spent most of his talk telling educators that the public doesn’t care for our extensive analysis of what does and doesn’t work in K-16 education reform. “Readers only care about two things,” Matthew said — testing, and “how can I get my kid into Harvard, Yale or Princeton?”

I certainly didn’t like Mathews’ smug and dismissive talk, but he was right about one point, however inadvertent on his part. That most Americans don’t think about education news unless it either confirms their worst fears — that public education is a waste of taxpayer dollars — or confirms their highest hopes — that an Ivy League school (or the near equivalent) accepts Tyler or Courtney as students. Little else matters for most of the American reading public, because columnists, reporters and editors like Mathews have long since abandoned the idea that education is a playing-field leveler for most people. “College isn’t for everyone,” is the common refrain in Mathews’ world, and in the world of most right-thinking Americans.

What does go unreported and underreported, though, is that most Americans with the money and knowledge to give their kids every advantage possible, and do so in a rather ruthless fashion. All while denying other kids in their community similar opportunities, deliberately or otherwise. Over the past thirty-five years, property taxes and other taxes that cover the costs of a public education have been slashed, as taxpayers revolted in places like California and New York in the 1970s and 1980s.

That alone has meant two things: the contributions of the federal government to public education increased to make up for these long-term tax cuts, and the ability of most American school districts to provide all of the necessary resources for students has gone down. This opened the door for the politicized hammering of teachers unions as too powerful, and the growth of the testing mandate since the early 1990s, further weakening public education. Need I even mention public charter schools as the suggested alternative for Americans of lower-income? 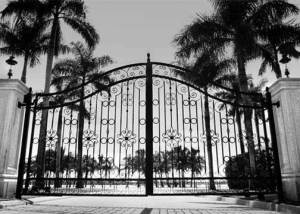 But that’s only part of the story. There are plenty of parents who take even more advantage of loopholes based on money and knowledge. They hold their kids out of school a full year before kindergarten, giving them an extra twelve months to become proficient readers before they’ve ever stepped into a classroom. They pay for tutors and Kumon early on, but not because their kids are struggling with reading, writing and math. No, these parents pay for this extra help to give their students the ability to score in the top percentiles on tests that will label their children as “gifted.”

Some parents even transfer their children to different schools within a district with the “right” demographic mixtures to ensure their student’s success and their ability to be noticed. Some parents will begin the process of preparing their kids for the SATs and for AP courses via Kaplan or Princeton Review as early as fifth and sixth grade. And all to ensure that, in the end, their kids will have the post-high school choice of an Ivy League school, or at least, an equivalent elite school, like a Stanford or Georgetown.

These parents, the majority of Americans who would only readily agree with Mathews’ worldview on education news, aren’t evil. But, then again, we all know what the road to Hell is paved with. And in this case, these advantages on the one end point to the severe disadvantages on the other end, no matter how rare it is for the likes of Mathews to write about.

I’m not talking about poverty from birth to eighteen per se, although I could go there in detail. No, it’s the end result, the young adult or over-the-age-of-twenty-five person who finally decides after years of educational neglect to take advantage of the twenty-first century, to go to college after struggling to finish elementary, middle and high school. Most of these students never knew a tutor, never had a parent who understood the loopholes in public education of which to take advantage.

These adult students come into college — often a for-profit institution like University of Phoenix, a 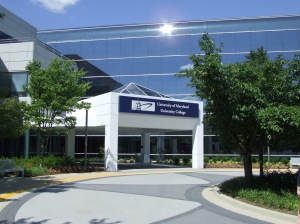 community college or a public institution like the one in which I teach now in University of Maryland University College — as raw and unpolished. These students are often long on enthusiasm, yet short on the skills and especially knowledge they need for success. And they have a sharp learning curve in order to get there. One in which these students have to learn in a year or what it took the most advantaged Americans eighteen or nineteen years to learn. The graduation rates of these institutions illustrate how difficult it is for most adult students to climb Mount Everest in their shorts, and all in the middle of a blizzard.

“College isn’t for everyone,” I hear Mathews and millions of other smug Americans say. Of course it isn’t. Especially when you make sure that it isn’t, through money, knowledge and cunning politics.