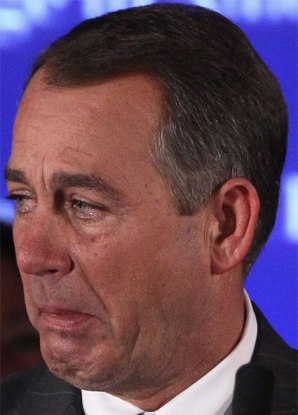 I am by no means a supporter of our slanted US justice system. It’s all too often slanted against the poor, of color and male. But I can’t sit around and watch folks gnash their teeth over the federal court in New Jersey sentencing her to three months in jail for over $1 million in income tax evasion.

Sure, it’s not fair. Perhaps even very unfair. We must keep in mind the simple fact that the IRS, et al. take years attempting to work with the rich (and yes, Lauryn Hill is a rich person) before putting a case together for the federal courts. It’s not as if the feds immediately swooped in, tasered Hill and then dragged her  through the streets in chains on the way to court. After all, she didn’t file federal or state income tax returns on $2.3 million in income from ’05 through ’09 — for five years! Heck, if Willie Nelson could figure out a way to stay out of federal courts and prison while paying off $17 million in back taxes, then surely Hill could’ve done the same at some point. 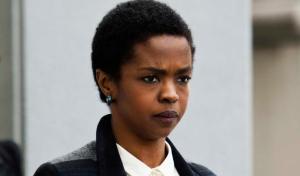 Lauryn Hill in court for one of her sentencing hearings, April 22, 2013. (Eduardo Munoz/Reuters). Qualifies as fair use under US Copyright laws, given subject matter and public hearing.

Those who’ve compared drug-addled celebs like Lindsey Lohan to Lauryn Hill as a case of Black versus While and the criminal justice system are missing a couple of valuable points. One, Lohan’s cases have never been federal, with mandatory sentences included. Two, and this is way more important, the feds tend to be pretty unforgiving once they do bring a case against a rich person for income tax evasion (e.g., Al Capone, Wesley Snipes, Leona Helmsley).

As much as I like Lauryn Hill’s music, I may feel bad for her, but I’m not going to make a federal case out of her serving three months in a federal prison for tax evasion. She’s not Mumia Abu Jamal, Angela Davis, Assata Shakur or even Tupac Shakur. Maybe Hill should’ve heeded lyrics straight from The Fugees, adapted federal government-style: “Ready or not, here [they] come, you can’t hide (uhhhh-huhhh) /gonna find you, and take it slowly…” As for the “find you” part, I also have to misquote Die Hard (1988) here, courtesy of the character Hans Gruber: “when you steal $600, you can just disappear. When you steal [one] million, they will find you, unless they think you’re already dead.”

I’ll take crap for writing this I’m sure. But Hill will be breathing free air again before Columbus Day, if not sooner.