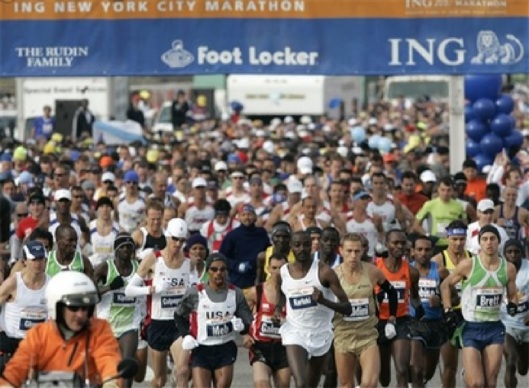 Two years ago, I wrote a post about a curious observation I made about inequality, unfairness and humanity, all courtesy of my fourth grade teacher, Mrs. Pierce (“Hard Work and the Human Race,” September ’10 – see below). In the thirty-four years since this observation, it’s fairly obvious that the great college football coach legend Barry Switzer was right about how people like Romney think about their station in life. “Some people are born on third base and go through life thinking they hit a triple.”

GOP presidential hopeful Mitt Romney’s pick of Paul Ryan as his vice-president is a confirmation of the idea that there are folks in America who truly believe that their success came only as a result of hard work, luck and prayer. But to use a better analogy, it’s easy to be a winner when your born in middle of the fourth lap of a 400m race, while someone like me had to fight just to get in the starting block. Politically, Carter and Reagan was the spark for my understanding of economic inequality. Three and a half decades later, the Romney-Ryan ticket reflects the long and winding road this mythology of “equal opportunity, not equal outcomes” has taken our nation. Only, equal opportunities do not exist for most of us, as the track and field analogy illuminates.

When I was nine years old, my fourth grade teacher at Holmes, Mrs. Pierce — a grouch of an older White woman, really — talked about the human race and attempted to describe our species’ variations. She tried to do what we’d call a discussion of diversity now. It went over our heads, no doubt because she didn’t quite get the concept of diversity herself. 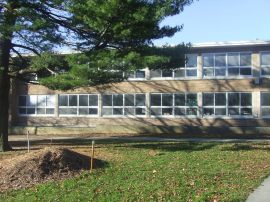 Like the fourth-grader I was, I daydreamed about the term, human race. I thought of Whites, Blacks, Asians, Hispanics, young and old, male and female, from all over the world, all on a starting line. It was as if four billion people — that was the world population in ’79 — were lined up to run a race to the top of the world. In my daydream, some were faster than others, or at least appeared to be, while others hobbled along on crutches and in wheelchairs. Still others crawled along, falling farther and farther behind those who were in the lead, the ones that looked like runners in the New York City marathon. Before I could ponder the daydream further, Mrs. Pierce yelled, “Wake up, Donald!.” as if I’d really been asleep.

A high school friend recently gave me some much-needed feedback on my Boy @ The Window manuscript. Her feedback was helpful and insightful, and very much appreciated. But some of it reminded me of the realities of having someone who’s a character in a story actually read that story. Their perceptions will never fully match up with those of the writer, which is what is so groovy and fascinating about writing in the first place.

One of the things that struck me as a thread in her comments — not to mention in so many conversations I’ve had with my students about race and socioeconomics — was the theme of individual hard work trumping all obstacles and circumstances. As if words, slights, and mindsets in the world around us don’t matter. As if poverty is merely a mirage, and bigotry, race and racism merely words on a page. Sure, a story such as the one I have told in this blog for the past three years is about overcoming roadblocks, especially the ones that we set ourselves up for in life, forget about the ones external to our own fears and doubts.

At the same time, I realized what my weird daydream from thirty-one years ago meant. Some people get a head start — or, in NASCAR terms, the pole — before the race even starts. That certainly doesn’t make what that individual accomplishes in life any less meaningful, but knowing that the person had an advantage that most others didn’t possess does provide perspective and illuminates how much distance the disadvantaged need to cover to make up ground. Those who limp and crawl and somehow are able to compete in this human race have also worked hard, likely at least as hard as those with a head start, and more than likely, harder than most human beings should ever have to work.

Plus, there are intangibles that go with race, class and other variables that determines how the human race unfolds. “Good luck is where hard work meets opportunity,” at least according to former Pittsburgh Penguins goaltender Tom Barrasso. Most human beings work hard, but all need opportunities that may provide a real sprint to catch up or take a lead in the human race. Family status, political influence, social and community networks, religious memberships, being in the right place at the right time, all matter and are connected to race and class, at least in the US.

The moral of this story is, hard work matters, individual accomplishment matters. Yet a panoramic view of the race in which humans are engaged matters more in putting our individual successes and the distance that remains in some reasonable perspective. Without that, we’re all just pretending that individual hard work is the only thing that matters, when that’s only half the battle, or half of half the battle.