One of the great myths in higher education is that of the adult learner as earnest student. Aside from the fairly obvious differences in lifestyle between a high-achieving, straight-to-college seventeen-year-old and a 34-year-old mother of two who works as a paralegal, the fact is that most adult learners act in the classroom like many traditional college students. Except that they are often academically and socially unprepared for college, not likely to attend a traditional college — with the resources necessary to help them become successful students — and are much more susceptible to dropping out of college because of the challenges they face in the classroom and in their own lives.

This myth of the earnest adult learner has become a big one over the past thirty years, especially in light of the rise of for-profit postsecondary institutions like University of Phoenix and DeVry Institute. Anyone who has seen an ad on TV, in a newspaper or online can describe the mythical adult learner. Someone who’s 24 years old or older, often a paraprofessional or attempting to rise in a white-collar occupation like nursing, accounting, or information technology. A person who may be married or a parent or in the military. A potential student that has somehow been let down by traditional two-year colleges and four-year institutions, because the 10-week quarter-system and 16-week semester-system didn’t fit their real-world schedule.

The myth doesn’t fit at all with my own experience. As someone who has taught hundreds of adult learners off and on over the past 15 years – especially the past five – the behavior of older students in the classroom is really no different that than of traditional college-age students. Like 17 to 24-year-olds, the over-24 crowd is typically disorganized and lack the reading, note-taking and study skills needed to keep up with the pace of a college course. Like students who attend more traditional college settings such as Princeton, the University of Pittsburgh or Howard University, the adult learners I have taught miss deadlines, plagiarize their papers and cheat on final exams. 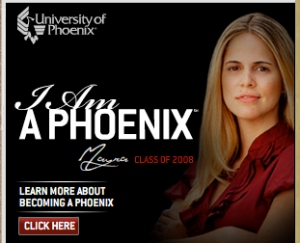 This shouldn’t be a surprise to anyone in higher education. Ad after ad sells college to adult learners as a service or a product that will lead them to a higher paying job. Period. College for them is hardly about forming new friendships or discovering themselves or their calling in life. The mythical adult learner is way too busy for such trifling pursuits. No, it is all about a piece of paper that they can wave around to get a promotion from junior accountant to accountant or from nurse’s aide to nurse.

Yet this too is a myth. Most adult learners are not really paraprofessionals or in low-level white-collar careers, poised for career advancement. They work at Walmart or Dunkin Donuts, as tellers at Wachovia Bank or as security guards with G4S. Some are active military or ex-Armed Forces, but many more are underemployed or even unemployed. Most are part of America’s rising welfare and working poor, or struggling to stay working-class or lower-middle class. At best, finishing a four-year degree would make them more employable than they would be otherwise, but not to the point that they should expect to become a doctor or an architect.

This background leaves most adult learners socially unprepared for college, but not because they cannot relate to college students between the ages of 17 and 24. They simply do not see school as a personal journey or even as an opportunity for educational advancement. It is a means to a new career and a higher income. Relationship-building to find a potential employer would not make any sense to most adult learners, as they are often segregated in virtual or physical classrooms with other adult learners, and not in classes with the sons and daughters of potential employers. Forming a bond with a professor would seem ridiculous, because they tend to see their often part-time instructors as customer-service representatives.

This isn’t much different than the mindset of most traditional college students. I have taught a couple thousand of them over the past two decades, and in my experience, most of them view college as the means to the start of a great career making good money. The difference, really, is that there remains a wider diversity of thought about the higher education experience among younger college students than among those over 24. The quality of their education, the bonds of friendship or relationship they form with each other and with their professors, what they are able to take away from their college experience beyond their degree. All matter much more to so-called traditional students than they do to adult learners.

Student debt cartoon (although this is hardly the only stressor adult learners and other nontraditional-traditional students face), May 2, 2012. (Phil Hands/Wisconsin State Journal).

What is also similar is the idea that college is 13th, 14th, 15th and 16th grade for both groups of students. Both are just as apt to come up with myriad excuses for missing a paper submission deadline or for failing an exam. They had a big project at work that took up all of their spare time. They had a bad cold or the flu or strep throat or mononucleosis. Their computer crashed at the last minute, or they lost electricity or their Internet access went down. What I don’t often hear from traditional higher education students — but do expect to hear from adult learners — are excuses about children in emergency rooms, bad marriages, sick spouses and older parents, foreclosures on homes and cars breaking down on highways. For some, sometimes more than once in the same semester. Adult learners are as good at whining as traditional students.

The biggest myth on this end, though, is that younger college students face fewer obstacles to a degree than adult learners because 17-to-24 year-olds don’t have real-world problems. That’s completely false. Nearly two-thirds of traditional college students work part-time or full-time to cover everything from beer costs to their student loans and college tuition. Less advantaged students have pressures from parents and family around income loss, poverty and healthcare. Though most younger college students aren’t married, don’t have kids or work at the bottom rung of a career ladder, they do confront many of the same real-world financial and familial pressures.

Ending the Myth of the Traditional:

Are there any new innovations, such as Massive Open Online Courses (MOOCs), that would help adult learners achieve their degree — if not educational or academic — aspirations? It is really too early to tell with MOOCs. What is safe to say, though, is that adult learners as a group need to break out of mindset that higher education owes them flexibility without them taking responsibility for their own education. Higher education institutions, meanwhile, do need to recognize that adult learners have never been traditional, and traditional college students aren’t traditional anymore. Myth-busting on both the student side and instructor side would be a good place to start to make college aspirations and success a reality for adult learners.