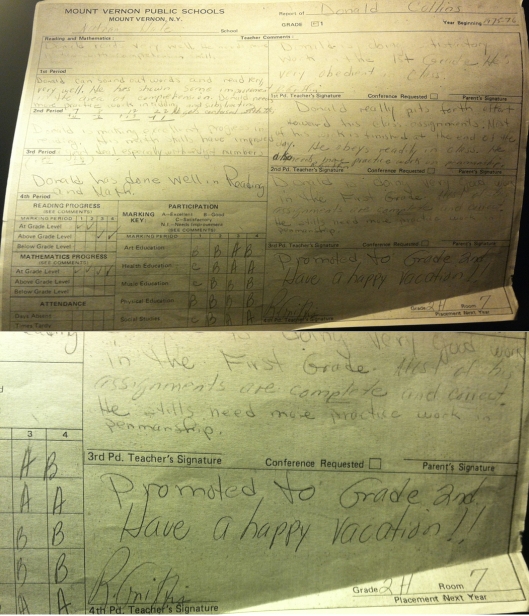 I have spent a ton of space in the blogosphere thanking teachers like Harold Meltzer for making me the thinker and writer I am today, flaws and all. Meltzer, though, was not the first teacher who ever took a deep interest in me. My elementary school teachers deserve just as much credit, if not more. For if it weren’t for the likes of Ms. Griffin at Nathan Hale ES, and Mrs. Shannon, Mrs. O’Daniel, and Mrs. Bryant at William H. Holmes ES — Black teachers all — I would’ve never made it to have Meltzer as my eleventh grade AP US History teacher in the first place.

But it all really started with Ms. Griffin. My passion for being right. My adrenaline rush with As, and eschewing of Bs and B+s. My wanting to learn more about what I getting wrong and then fixing those things. That all began for me in first grade, in September ’75. 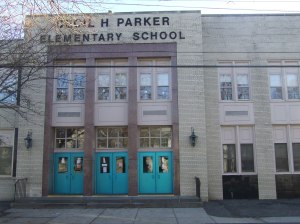 At this middle-age stage of life, I don’t exactly remember every detail about Ms. Griffin, our classroom, or most of my classmates. I was five-going-on-six. Still, there were more than a few things that stood out. Ms. Griffin seemed like a tall woman to me, I mean, nearly as tall as my six-foot Mom, with similar skin tone and other features. That’s where the similarities ended. Ms. Griffin was always nice to me, very patient. Even when one of us got rowdy, she didn’t scream or holler or demean to get us to settle down. Everything with her was a teaching lesson, so even when one of us would act up, it was a teaching and learning moment.

Ms. Griffin decorated her first-floor classroom to communicate the world to us, not just to make the room pretty for a bunch of first-graders. I remember pictures of MLK and maybe Harriet Tubman on the wall. Along with standard colored digits, basic addition and subtraction problems, and lots of words to spell, read, and write neatly. From day one, Ms. Griffin was always on me for my bad penmanship (if only she had seen my father’s chicken scratch!).

I remember Ms. Griffin mostly for two things. One, she was always available for me emotionally. Once, the class had a birthday party for one of the students, which included a Pin-The-Tail-On-The-Donkey game. Ms. Griffin dutifully blindfolded me, had a couple of my classmates spin me around, and I missed pinning the tail on the donkey’s butt by a full meter. The kids all laughed. I didn’t. I got mad, balled up my fists, walked over to Ms. Griffin, and made a small kicking gesture, where I nicked her on the side of her left calf. Her response was to tug me by my right arm, tell me she understood why I was upset, but also explain with both kindness and sternness how my reaction was unacceptable. I would have to stand in the corner for five minutes after school before going home. And at the end of that day, she still gave me a hug. 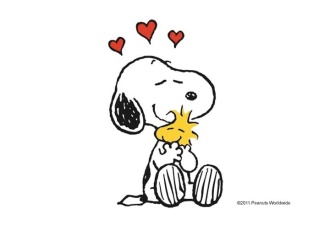 Two, Ms. Griffin was available in ways that most teachers who would make themselves this available now would likely burnout in four or five years. I had zero chance of getting away with anything in her classroom, including kissing my girlfriend Diana in the middle of a lesson a few times. She would actually call my Mom to tell her about it! One time my father found out about me being upset about a B+ on a spelling test because Ms. Griffin bumped into him at a bar one weekend! Ms. Griffin had at least one parent-teacher conference with my parents every single marking period. It wasn’t that she just took an unusual interest in me. Ms. Griffin was interested in all of us, in wanting all of us to be prepared for the next step.

Sadly, I didn’t see much of Ms. Griffin after first grade, and completely lost touch with her once Mom and my father broke up and we moved to 616 East Lincoln. I had my own demons to deal with, so much so that only in the past year have I found them all. Ms. Griffin, thankfully, was an angel of a teacher in the midst of two big waves of hurt growing up. I’m almost certain that without her, I wouldn’t have made it through educationally or psychologically to the preteen years at all.