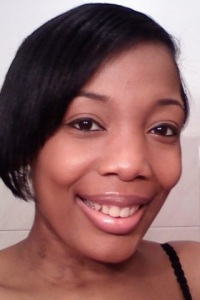 Today, if she were still alive, my sister Sarai would’ve turned twenty-eight years old. To think that I was only six weeks past my thirteenth birthday when she was born. Sarai was the one sibling I didn’t want because she was born in the middle of our plunge into welfare, my ex-stepfather’s abuse, and my mother’s inability to make any good decisions for herself and for the family.

But her life was a miracle in and of itself. Sarai was born a sickly sickle-cell anemia child, another sign of my mother’s indecisiveness and the collective stupidity of adults in my life. None of that really mattered after the first few months, though. From the time she was six months old until I went off to the University of Pittsburgh four years later, I made a point of looking after her, of getting her extra food, of making sure that everything she ate was fortified with iron.

Sarai was my little princess, the only girl I could relate to, the one I could dress and attempt to comb hair for (I say “attempt” because she didn’t have much hair before she became a teenage and my hair-doing skills were mediocre most days). I didn’t want to love her, but I did anyway.

As she grew older, her status as my little baby changed too. But only in a few ways. Whenever I came home 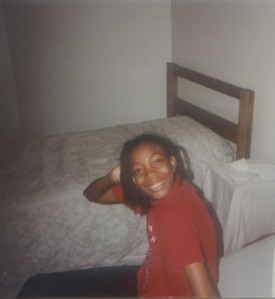 to 616 for the holidays or visits, Sarai would say “hi,” give me a hug, and hold out her right hand for some money. Sometimes I gave her some walking around money, other times I didn’t — I was a poor student for most of the ’90s. It took awhile, but the little girl who was my sister grew up enough to live on her own a few short years before she died. That’s part of how I’d like to remember Sarai.

The first song I ever sang to her outside of lullabies was Starship’s “Sara.” It was the winter of ’86, a quarter-century ago, and Sarai didn’t care too much for my rendition of the song, with my high-falsetto flourishes and adjustments of “Sara” to “Sarai” throughout. (By the way, for those of you who aren’t practicing religious Jews or Judeo-Christian scholars, Sarai was the name of Abram’s wife before God ordained that their names would become Sarah and Abraham.) Of course, I usually sang it to her when she became petulant or when she was teasing her older brothers.

But what I should’ve been singing to her was Fleetwood Mac’s “Sara.” I should’ve been singing “wait a minute baby, stay a little while…” It would’ve been so much more appropriate. Sarai was a “poet in my heart.” She never really changed, and luckily, she never stopped living her life. And now she’s gone, and has been gone for more than seven months now. My life seems more empty, my family even less of a family, than it was before. Hopefully, I’ll see her again, whenever I’m finally called home.