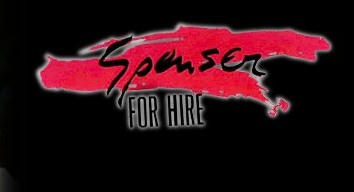 Higher education, that is. Sixteen years ago this weekend, I put my application in the mail for a Spencer Foundation Dissertation Fellowship. It was a $15,000, one-year award that would give me time off from teaching or doing grunt work for my advisor and other professors. I’d have a year to do nothing but do work on my doctoral thesis, to travel, do additional research and lock myself in my apartment for week on end to write what would become a 505-page document.

But don’t let me over-glamorize the moment. After all, I’d applied for fellowships and been in search for grants in the years before and after this application. The University of Pittsburgh had made me part of the first class of recipients for their Challenge Scholarship in ’87. I’d been awarded a graduate student assistantship and teaching assistantships throughout grad school. The Ford Foundation Predoctoral Fellowship — I applied for it twice, in ’91 and ’93. Soon after my Spencer application, I also applied for the Ford Foundation Dissertation Fellowship and the NEH (National Endowment for the Humanities) Dissertation Fellowship (which they disbanded the following year).

I’d later apply for a few postdoctoral fellowships in ’96 and ’97. Then, once I became part of the nonprofit sector, grant-seeking became a part of my jobs. Including letters of inquiry, concept papers, about three dozen grant proposals that I worked on in part or in whole. Not to mention meetings with foundation program officers, numerous networking opportunities at the Independent Sector and other conferences. Between them all, I directly or indirectly helped raise about $1.4 million over the past ten years, and played a role in programs that possessed about $11 million in funding overall.

But the most satisfied I ever was in putting together a proposal, or in receiving an award, or in participating in a grant-related experienced, was when I applied for the Spencer Foundation Dissertation Fellowship. You see, I’d spent nearly eighteen months preparing myself to apply. I started doing my dissertation topic research a full year before the October ’94 application deadline, months before my advisor and committee were to officially approve my topic and research.

I’d started going through microfilm of Black Washington newspapers from the 1920s, 1930s, and 1940s, looking up Census data, thinking of places to look up old records of DC Public Schools  from the segregation era, and contemplating interviewing former teachers and students who’d worked at or attending DCPS between 1920 and 1970. It was exhausting doing that and taking a full load of classes, struggling with finances so badly that I had no money for new sneakers, that I’d walk in three-year-old sneakers with holes in them to and from campus in ankle-deep snow to push this project forward. Of course, I lined the sneakers with plastic bags from Giant Eagle to keep my socks and feet dry and warm.

Yes, I was committed to the task all right, and probably should’ve been committed in the process. But it was also worth it. I felt — rather, I practically knew — that it would all work out with the Spencer Fellowship somehow. And it did, not just because of the award, and not just because of my friend and mentor, Catherine Lacey (see April 2009 post). It worked, because it helped me find my calling as a writer and teacher. It worked because it helped bring to the fore my ambivalence about academic writing and scholarship as the raison d’etre of an academically-trained historian.

The application, fellowship and that year free from Carnegie Mellon’s clutches helped put me on the right path. Even if I didn’t know it at the time.