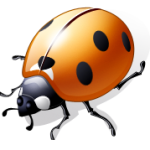 It’s been twenty-nine years since I first saw myself as a writer and attempted to pursue writing in any form. It was the summer of ’81, the summer before Humanities and seventh grade, the year before the summer of my abuse. For me at least, this was a calm summer, like I was sitting out by a lake with only a slight breeze blowing around me. I was enjoying the peace and quiet of being near still water, of an occasional rustle of trees, of a plop or two of something dropped into the lake. This was a time for me to imagine our lives as better, better than they actually were. I was on an end-of-elementary school and Humanities-acceptance high. I couldn’t have been any higher than if I had snorted coke at one of those drug-fueled parties my mother used to drag us to hang out with her Mount Vernon Hospital buddies when I was five or six (Luckily, my mother didn’t do drugs.)

I spent most of that summer writing my first book. It was a book about the top-secret military hardware the Department of Defense didn’t want the rest of America to know about. I remained consumed with reading about war and military technology in my spare time — I wouldn’t have learned the word “fortnight” otherwise! Everything from the B-1 bomber to the M-1 Abrams tank to the Trident submarine and MX missile was to be in this scoop on the latest in military high-tech. I even wrote a letter to the Pentagon for declassified pictures of these weapons, which I received in mid-July. By the time of my brother Yiscoc’s birth (one form of Hebrew for “Isaac” and pronounced “yizz-co”) later in the month, I’d written nearly fifty pages on these weapons and why they were so cool for the US military to have. Especially in light of the Soviet military threat. Unfortunately, they didn’t declassify the fact that America’s latest tank used depleted uranium in parts of its hull or in its cannon shells. That would’ve been a real scoop at the time.

I also began to keep my own journal as I began to lose interest in America’s military hardware at the end of that summer. Little did I know what was to come at 616 and in seventh grade in Humanities. My journal was an off and on again project of dreadful tales of hunger, humiliation and heartache. By the time of Crush #1 and witnessing my stepfather’s attack of my mother on Memorial Day ’82, I could barely write at all. The last thing I wrote for my journal (which was a spiral notebook) was about my own abuse throughout July ’82. By the time that ended, I didn’t feel like writing anymore.

But that wasn’t the end of the story. My imagination, my constant talking to myself, my eventual fascination with having an eclectic variety of music and rooting for underdog teams and athletes were all part of a writing process that actually didn’t require me to write. All of these coping mechanisms and more gave me more to write about once I went off to college, and especially after my ex-stepfather broke up with my mother after my sophomore. It wasn’t an accident that within a few months of dumb ass moving out in June ’89, I had started my first journal in seven years. I guess that I always had the writing bug, even when I didn’t possess the paper necessary to write.