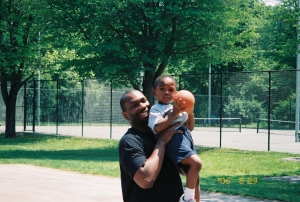 Noah’s seven today. Seven! I should be happy. Noah’s healthy, done well in school so far, is curious about himself and his world, and despite it all, has remained sheltered in ways that I never experienced. Even with all of my vivid and weird imaginations I used to protect myself from the world, Noah is much more well-adjusted than I was at any time growing up.

But I’m not happy. It’s not Noah’s fault. I want so much more for him as he begins to form a continual, day-to-day memory cycle. Like not to see his father as a struggling author whose memoir may never be published. It’s a possibility, not one I dwell on too often, but a possibility anyway. Or worse, be seen as a lousy father because Boy @ The Window and my other writings would make it hard for him to have the close relationship we have now. Or worst, he sees me as nothing but a strange and eccentric old fool because of the contents of my second book and because of all the weird things I care about.

I do feel sometimes as though I have failed my son. I haven’t been able to generate as much income for our present and future as I would’ve liked, given my choices for work and career so far. Who was I kidding? A nonprofit manager, a consultant, an adjunct associate professor? Those aren’t jobs that are easy for Noah to explain to his friends. A father who can’t reach into his bank account and pay for a vacation or something like acting classes at the drop of a hat? Really, what good am I?

More than that. I feel like I haven’t completely overcome my past, that the psychological and emotional scars of my growing-up years do manifest themselves in my fathering and in my son. It’s nothing obvious. Subtle reminders, like Noah asking, “When are we going to buy a house?,” a question I used to ask my mother until I turned nine. Or when I see Noah struggling to assert himself in his first friendships, where some of his so-called friends make dumb jokes about his name. Or when Noah waits for others in his cohort to call him into a huddle to play before he’ll actually play with them.

I have to remind myself that shyness isn’t hereditary, nor the signs of sins visited upon anyone from

central Georgia with the last name “Collins.” That I can’t try to force him into becoming an uber-extrovert, the way my father, ex-stepfather and mother tried to do with me and my older brother Darren. That worked so well that Darren has never had a meaningful relationship in his adult life, and it took the first five years of my adult life to recover from the damage.

Still, I don’t want to pass on to Noah any of the damage that remains. At the same time, I want him to become the well-rounded person and young man whom I became by my early twenties. I feel the time slipping and ticking away to make the right choices, and to have all the necessary resources to do so.

I know that I’m being way too hard on myself. But I can’t help it. I want my son to have the ability to take on the world, if necessary, in ways that I couldn’t when I was his age, or really any age growing up. I had to leave 616, leave Mount Vernon, to declare the past dead in my mind for fifteen years to do that. I don’t want Noah to need that amount of determination and suffering in order to just make it in this world.

I want him to maintain some sense of innocence and confidence earlier and longer than I did. I want him to find himself and then make sure that I don’t beat it out of him with my emotional and psychological baggage, and keep the world from doing the same. This is my prayer, for today and for the next eleven years. Amen.